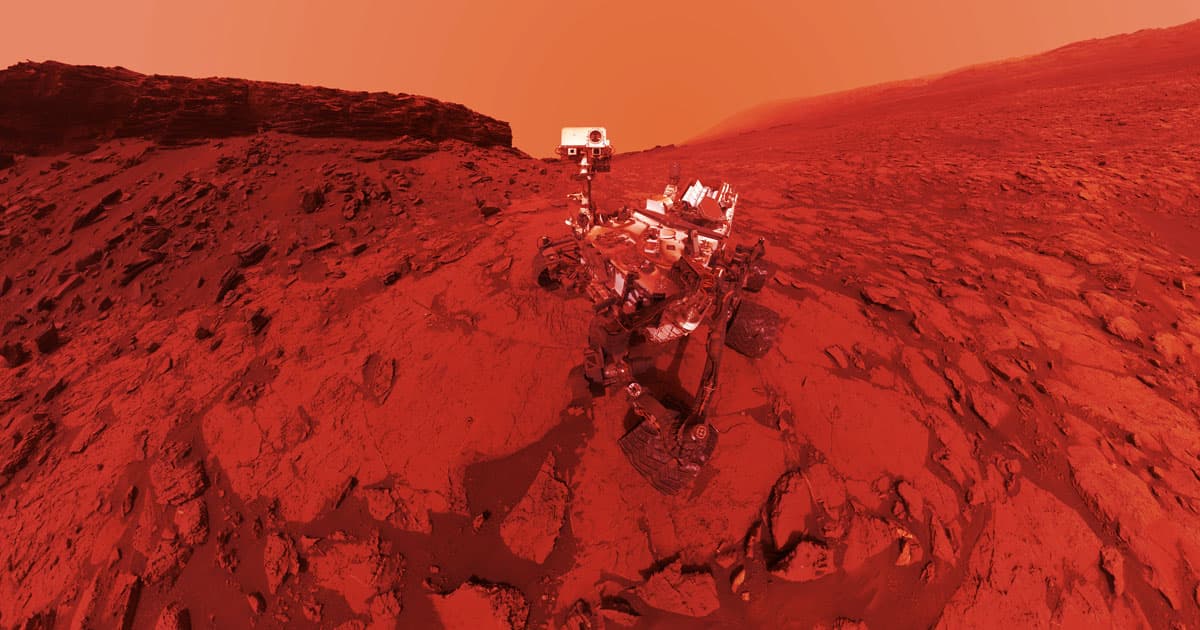 And that reading – 21 parts per billion units by volume – is a big deal. Methane is produced both by microbes on Earth and through interactions between rocks and water, meaning methane is a sign of life as we know it.

The findings were taken by Curiosity’s Sample Analysis at Mars (SAM) tunable laser spectrometer. Unfortunately though, the instrument can’t pinpoint the actual source of the methane with any accuracy.

“With our current measurements, we have no way of telling if the methane source is biology or geology, or even ancient or modern,” said SAM Principal Investigator Paul Mahaffy of NASA’s Goddard Spaceflight Center in a statement.

The news comes after scientists found that salty puddles underneath the Martian surface could allow bacterial life to survive.

So far, thanks to NASA’s rover missions on the Red Planet, we’ve observed methane levels as they rise and fall as seasons change. Rovers have even found the occasional spike in the past — but nowhere near this level.

Before scientists at NASA can say with any certainty what caused this spike, a lot more research has to be done. JPL is also planning to work with the European Space Agency, whose Trace Gas Orbiter, an atmospheric research spacecraft that’s been in Mars’s orbit since 2016, has yet to detect any methane.

More on Mars: Extraterrestrial Life Could Feasibly Live in Salty Puddles on Mars