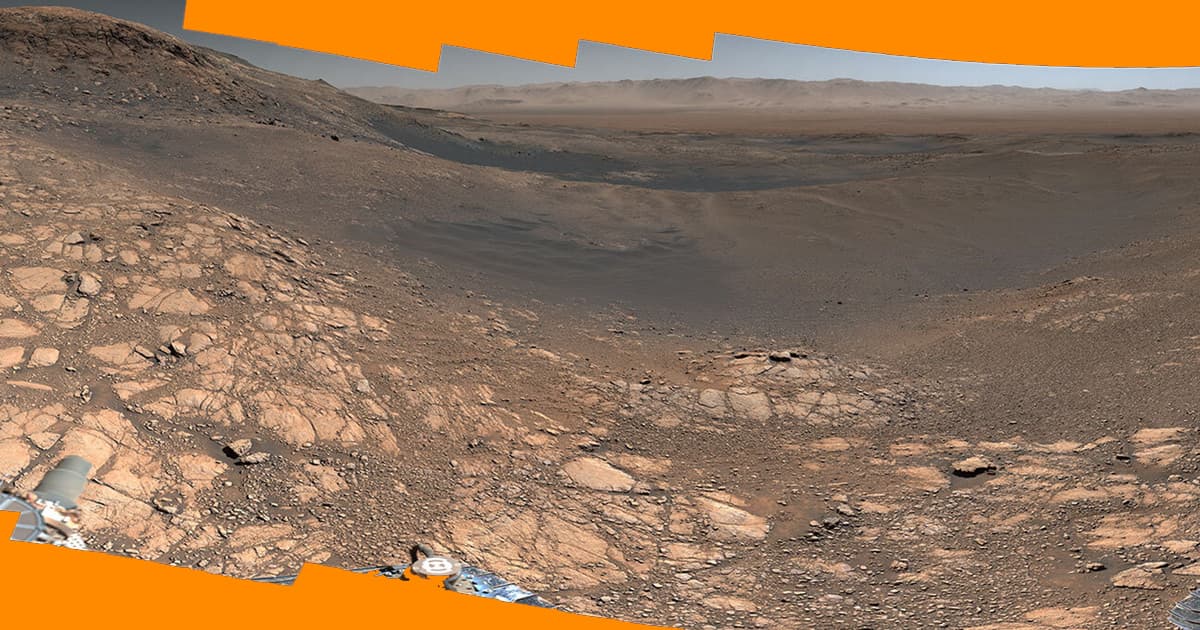 The view is breathtaking.

The view is breathtaking.

NASA's Curiosity rover snapped more than 1,000 images on Thanksgiving day 2019, which teams back on Earth composed into a glorious 360 degree panorama of the Martian landscape.

"While many on our team were at home enjoying turkey, Curiosity produced this feast for the eyes," Ashwin Vasavada, Curiosity's project scientist at NASA's Jet Propulsion Laboratory, said in a statement. "This is the first time during the mission we've dedicated our operations to a stereo 360-degree panorama."

Feast for the Eyes

The 1.8 billion pixel composite shows a region on the side of Mount Sharp, called "Glen Torridon," which that offers gorgeous vistas of low-lying clay and larger ridges in the distance.

It also shows a massive 3-mile wide impact crater called the "Slangpos crater" that was likely caused by a dramatic event involving a massive object in the planet's past.

It took more than 6.5 hours to snap all the photos, a task completed by programming Curiosity's Mastcam, the rover's towering 'head' that pokes out above its body. Each image was taken between noon and 2pm Mars time to ensure the images were in focus and fully lit — an effort which, in our opinion, paid off perfectly.

What Lies Beneath
Researchers Say "Conan the Bacterium" Could Be Hidden Beneath Mars’ Surface
10. 30. 22
Read More
From the Dept. of Things to Buy
Review: The "Out of This World Cook Book" Chronicles the Early Meals of the Space Age
8. 30. 22
Read More
Overloaded
Whiny Space Tourists Say They Were Too Busy on the Space Station
5. 14. 22
Read More
+Social+Newsletter
TopicsAbout UsContact Us
Copyright ©, Camden Media Inc All Rights Reserved. See our User Agreement, Privacy Policy and Data Use Policy. The material on this site may not be reproduced, distributed, transmitted, cached or otherwise used, except with prior written permission of Futurism. Articles may contain affiliate links which enable us to share in the revenue of any purchases made.
Fonts by Typekit and Monotype.