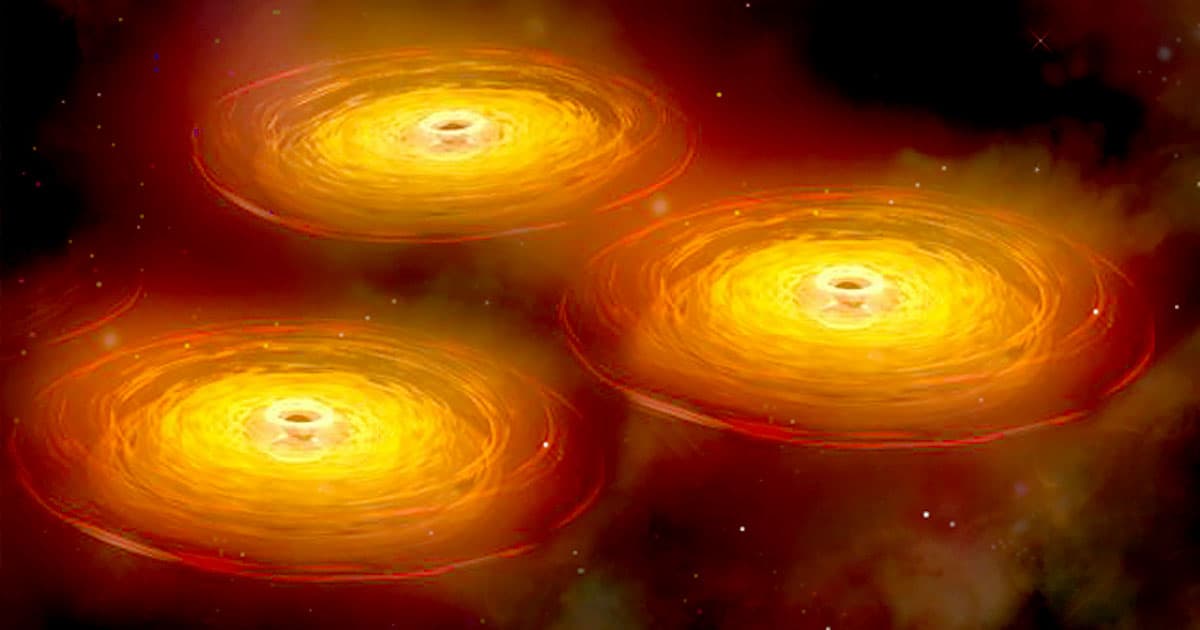 Three Supermassive Black Holes Are About to Collide

A team of NASA scientists have caught three supermassive black holes in the act of merging together, a billion light-years away from Earth.

"Dual and triple black holes are exceedingly rare," said researcher Shobita Satyapal, from George Mason University, in a statement. "But such systems are actually a natural consequence of galaxy mergers, which we think is how galaxies grow and evolve."

It's an exceedingly rare sight that is unusually hard to spot thanks to giant shrouds of gas and dust surrounding the black holes. But by combining data from the two space telescopes and the Arizona-based telescope back on Earth, the scientists were able to make the discovery.

The team published its findings in the latest issue of The Astrophysical Journal. They used optical light data from the three telescopes.

"Optical spectra contain a wealth of information about a galaxy," said co-author Christina Manzano-King from the University of California in the statement. "They are commonly used to identify actively accreting supermassive black holes and can reflect the impact they have on the galaxies they inhabit."