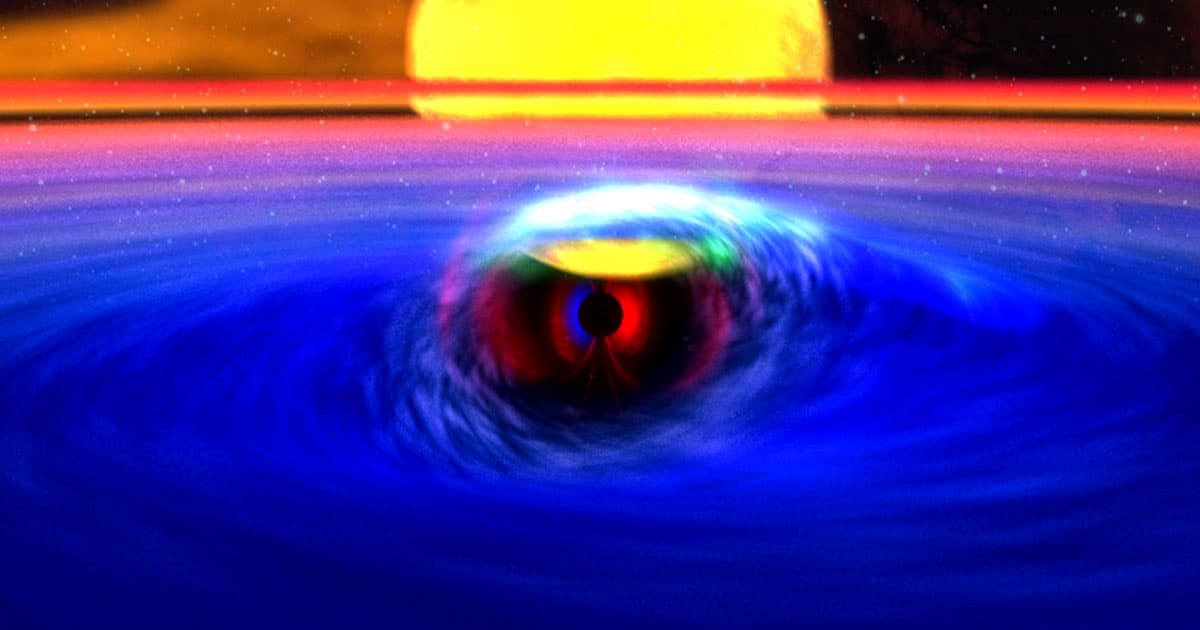 NASA caught a rare glimpse of a star getting straight up obliterated.

NASA caught a rare glimpse of a star getting straight up obliterated.

The scientists just stood there, doing nothing to help, as a supermassive black hole first stripped the star of its gas and devoured the remains, according to Space.com. The rare cosmic horror — known as a tidal disruption event — could help astronomers understand the physics at play when stars and black holes veer too close to each other.

The star-black hole pair, known as ASASSN-19bt, could be game-changing for astrophysicists. Using NASA's TESS satellite, astronomers were able to spot the tidal disruption event before it peaked, something astronomers say has only been accomplished a handful of times. That means they have a more comprehensive set of data to pore over, according to research published in The Astrophysical Journal on Thursday.

"It was once thought that all TDEs would look the same," Patrick Vallely, an astronomer at Ohio State University who worked on the research, said in a press release. "But it turns out that astronomers just needed the ability to make more detailed observations of them."

"We have so much more to learn about how they work, which is why capturing one at such an early time and having the exquisite TESS observations was crucial," he added.

More on black holes: Astrophysicists: There May Be Black Holes Orbiting Our Sun