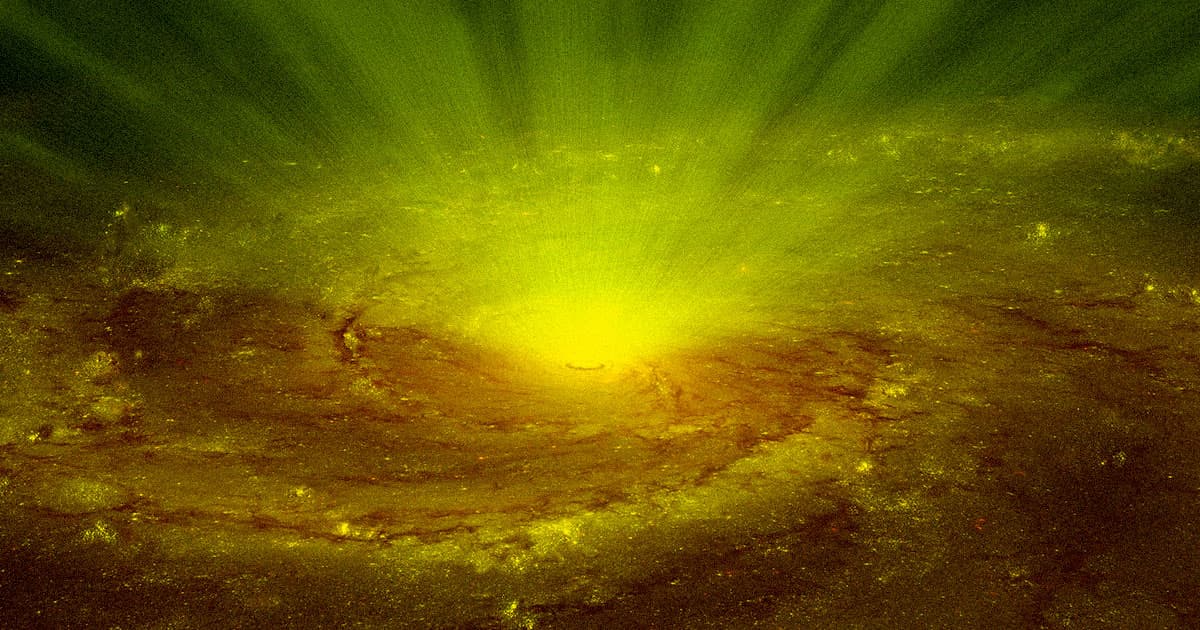 Sagittarius A*, the supermassive black hole at the center of the Milky Way galaxy, recently started feasting on matter around it with unprecedented voracity.

A team of scientists from the University of California, Los Angeles looked at 13,000 recordings of the Sag A* taken on 133 occasions over the last 16 years and found that it recently started glowing unusually bright, according to a pair of research papers published Wednesday in The Astrophysical Journal Letters. They suggest that it was in the middle of an unusually large feeding frenzy, according to a UCLA press release. While the scientists can guess what it's been eating, they can't yet explain the unusual appetite.

Black holes glow brighter when they're taking in greater quantities of matter. That matter could have come from any combination of stars, asteroids, and cosmic gases that the scientists know passed near Sag A*. But the team doesn't yet know whether an unusual amount of food happened to approach at once — or if something has changed within the Sag A* itself that's making it hungrier than normal.

"The big question is whether the black hole is entering a new phase — for example if the spigot has been turned up and the rate of gas falling down the black hole 'drain' has increased for an extended period," UCLA astronomer Mark Morris said in the press release, "or whether we have just seen the fireworks from a few unusual blobs of gas falling in."

READ MORE: Black hole at the center of our galaxy appears to be getting hungrier [UCLA newsroom via Phys.org]

Black Hole Snapshot
Scientists Release Image of Black Hole at Center of Our Galaxy
May 12
Read More
Space Lumps
Scientists Say We May Be Extremely Wrong About the Universe
Apr 28
Read More
Into Darkness
Inside NASA's Bold Proposal to Probe the Mysteries of Dark Matter
Mar 11
Read More
+Social+Newsletter
TopicsAbout UsContact Us
Copyright ©, Camden Media Inc All Rights Reserved. See our User Agreement, Privacy Policy and Data Use Policy. The material on this site may not be reproduced, distributed, transmitted, cached or otherwise used, except with prior written permission of Futurism. Articles may contain affiliate links which enable us to share in the revenue of any purchases made.
Fonts by Typekit and Monotype.