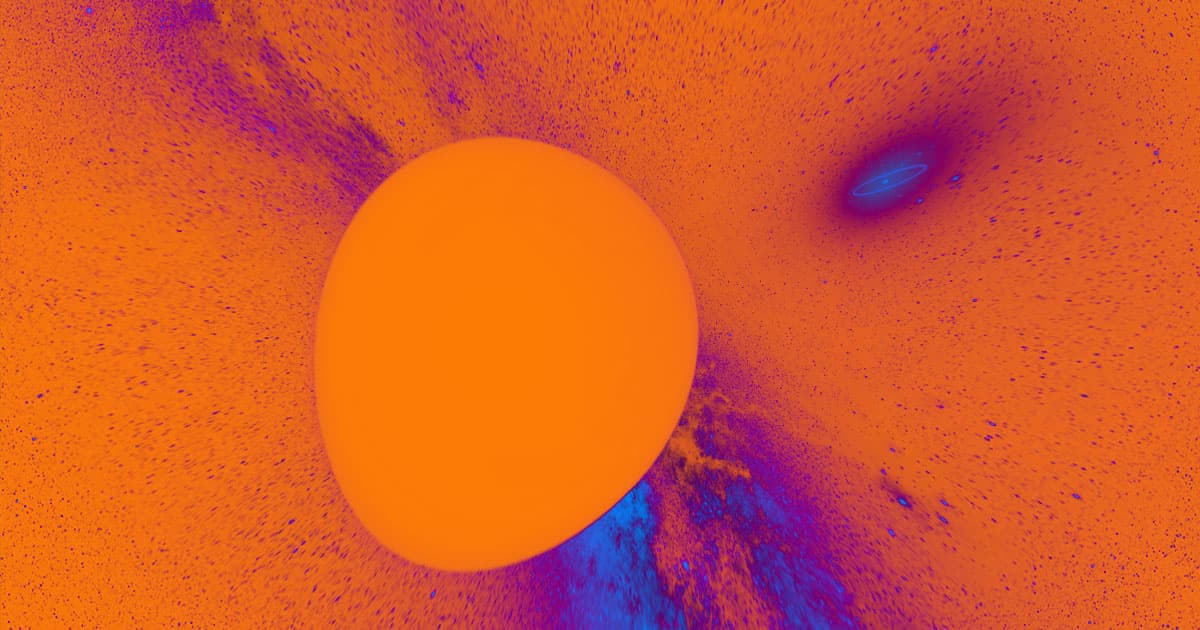 Astrophysicists: There May Be Black Holes Orbiting Our Sun

In a mind-bending new paper, researchers suggest that there could be black holes orbiting the Sun, out past Pluto.

In a mind-bending new paper, researchers suggest that there could be black holes orbiting the Sun, out past Pluto.

Scientists have long speculated that a "planet 9," in orbit very far from the Sun, could explain why other bodies in our solar system have strange, hard-to-explain orbits.

Now, a pair of astrophysicists are suggesting a strange twist on that idea: that a black hole — or even a number of them — could be orbiting our Sun right now, way beyond Neptune.

This week, a pair of researchers from Durham University and the University of Illinois at Chicago published a paper outlining their theory on the pre-print server arXiv. In it, they suggest that the Sun's orbit might have captured a free-floating "primordial black hole" — and it, or they, are still out there, circling the solar system.

"Capture of a freefloating planet is a leading explanation for the origin of Planet 9 and we show that the probability of capturing a [primordial black hole] instead is comparable," they wrote.

Of course, it's just a theory — and a pretty far out one.

But scientists may be able to check their work. Black holes are surrounded by dark matter halos that give off "annihilation signals" — and the paper's authors suggest that if any of those signals turn up, it could suggest that the elusive "planet 9" is actually a black hole.

READ MORE: What if Planet 9 is a Primordial Black Hole? [arXiv]