A distant, super-dense planet would explain some of our solar system’s weird quirks. 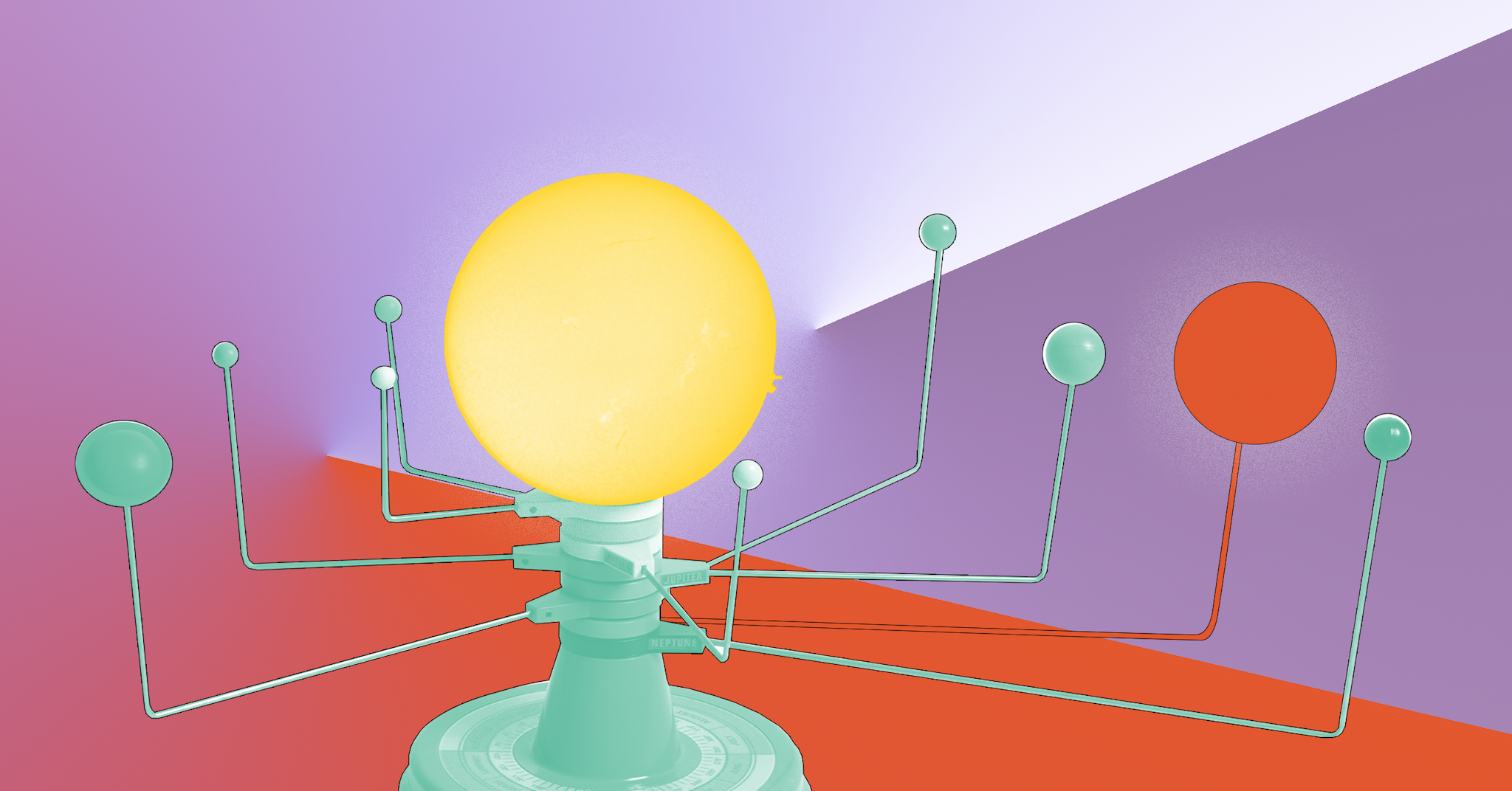 The solar system might once more have a ninth planet. No, Pluto still isn't back. Instead, the new planetary candidate takes the form of a mysterious, yet-to-be spotted planet hiding deep in the outer reaches of the solar system.

Despite its elusive nature, here's what we do know about the possible planet.

Where did this all begin?

The story actually starts with another celestial object: 2015 BP519, as described in a paper published on arXiv. The team of researchers notes that the object, classified as an “Extreme Trans-Neptunian Object” due to its size and distance from the Sun, has been on the team's radar since 2014.

The massive team of astronomers spent 1,110 days tracking the orbit of 2015 BP519 (which honestly should also be declared a planet or something just so it can be named after a Roman deity and not a bunch of numbers and letters) as part of the Dark Energy Survey Collaboration using a Dark Energy Camera from an observatory in Chile. BP519 caught their attention because it has a weird orbit.

Researchers found that 2015 BP519 travels as far as about 450 times the distance between the Sun and Earth, and it also has the most inclined orbit of any known Extreme Trans-Neptunian Object, traveling almost perpendicular to the rest of the planets and objects in our solar system.

This strange orbit is an anomaly in the solar system.

What does this have to do with Planet Nine?

That orbit, researchers posit, may be caused by the gravity of a distant ninth planet that would have to be four times the size of Earth, but ten times as dense. Without such a planet, 2015 BP519's behavior stands out, and researchers couldn’t come up with a model that accounted for it. But its strangely-tilted path through space is explained by existing models and hypotheses of planet nine.

But it's not a sure thing?

Not quite. If more inclined orbits are discovered down the road, then that will only solidify the idea that some massive object out there is exerting a whole load of gravitational force on objects in the outer solar system. The researchers who tracked 2015 BP519 suspect that it began with a more normal orbit that was then pulled out of alignment by planet nine.

This doesn’t mean that there’s definitely a new (sorry again, Pluto fans) ninth planet out there. And even if there is, it will be exceptionally difficult to actually spot it, since its so far away that one year would last 10-20 thousand Earth years. But given everything that we mathematically know about how the solar system works, it’s likely there’s something out there affecting the orbits of objects like 2015 BP519.

Read This Next
Hubble Tension
Most Precise Measurements of the Universe Suggest That Something Is Very Wrong
Space Lumps
Scientists Say We May Be Extremely Wrong About the Universe
Into Darkness
Inside NASA's Bold Proposal to Probe the Mysteries of Dark Matter
Myanus, Hisanus, Heranus...
Here's What Uranus Scientists Think About Your Disgusting Jokes
Space Smells
Someone Made a Perfume That Smells Like Outer Space
More on Hard Science
Quacks Like a Duck
Thursday on futurism
Those Headlines About Scientists Building a Wormhole Are Total Nonsense, People
It From Bit
Nov 22 on the byte
A Scientist Is Crowdfunding an Experiment to Check if We Live in a Simulation
Water Carrying
Nov 20 on the byte
Evidence Grows That Soggy Meteorites Gave Earth Its Oceans
READ MORE STORIES ABOUT / Hard Science
Keep up.
Subscribe to our daily newsletter to keep in touch with the subjects shaping our future.
+Social+Newsletter
TopicsAbout UsContact Us
Copyright ©, Camden Media Inc All Rights Reserved. See our User Agreement, Privacy Policy and Data Use Policy. The material on this site may not be reproduced, distributed, transmitted, cached or otherwise used, except with prior written permission of Futurism. Articles may contain affiliate links which enable us to share in the revenue of any purchases made.
Fonts by Typekit and Monotype.