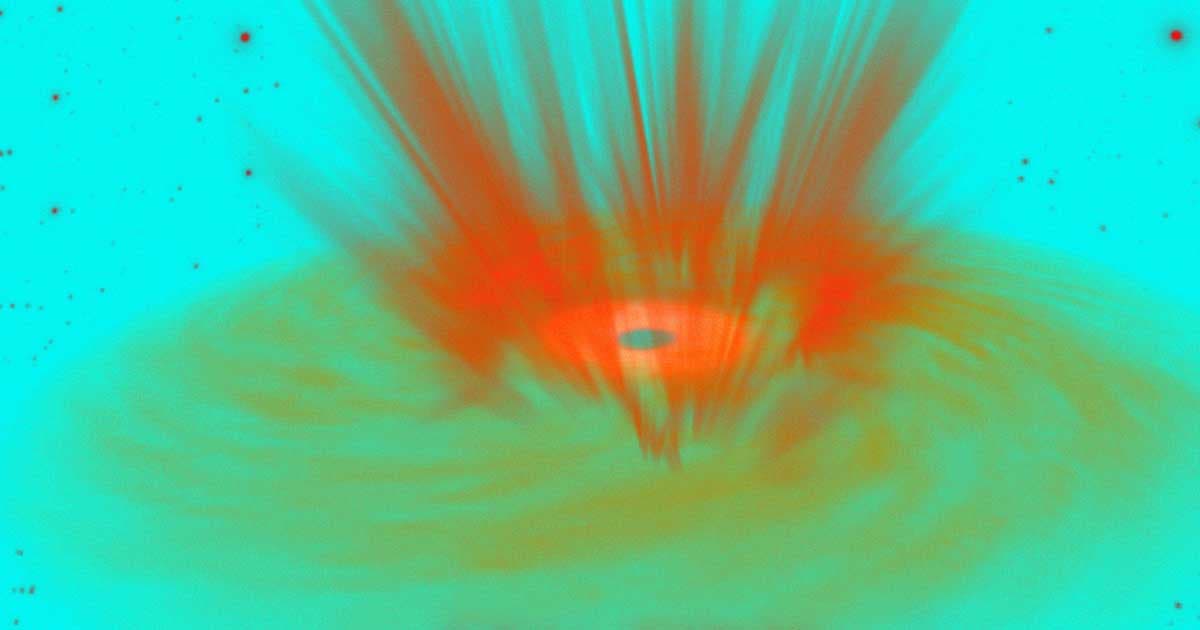 This may explain how black holes transfer heat throughout their galaxies.

This may explain how black holes transfer heat throughout their galaxies.

In 2005, researchers discovered giant bubbles moving away from the supermassive black holes at the center of massive galaxy clusters. At the time, they suspected that the bubbles might play a role is heating the clouds of hot gas swirling at the clusters' cores — which, based on scientists' models, don't cool as quickly as they should.

What scientists still didn't know, though, was how those bubbles transferred heat to the surrounding gas.

But now, an international team of researchers claims its spotted evidence of turbulence around the bubbles emanating from three black holes — and it could explain how the black holes "cook" their galaxies.

The researchers made the new discovery while analyzing existing data on the galaxy clusters Perseus, Abell 2597, and Virgo. They've now published a study focused on the turbulence on the pre-print server arXiv.

While the team's data is noteworthy, their paper has yet to be peer-reviewed. Additionally, Brian McNamara, the lead author of the 2005 study, told Live Science he's not convinced the team has actually detected true turbulence — and even if they did, he continued, some researchers believe turbulence would be more likely to cool gas than heat it.

"It's all very interesting," McNamara told Live Science. "But it's not conclusive to my mind. I'm not completely convinced."

Hubble Tension
Most Precise Measurements of the Universe Suggest That Something Is Very Wrong
10. 20. 22
Read More
Star War
Scientists Are Trying to Figure Out How to Kill Stars with Black Holes
11. 29. 21
Read More
EHT Tu, Black Hole
Astronomers Release Stunning New Image of Black Hole
3. 24. 21
Read More
+Social+Newsletter
TopicsAbout UsContact Us
Copyright ©, Camden Media Inc All Rights Reserved. See our User Agreement, Privacy Policy and Data Use Policy. The material on this site may not be reproduced, distributed, transmitted, cached or otherwise used, except with prior written permission of Futurism. Articles may contain affiliate links which enable us to share in the revenue of any purchases made.
Fonts by Typekit and Monotype.