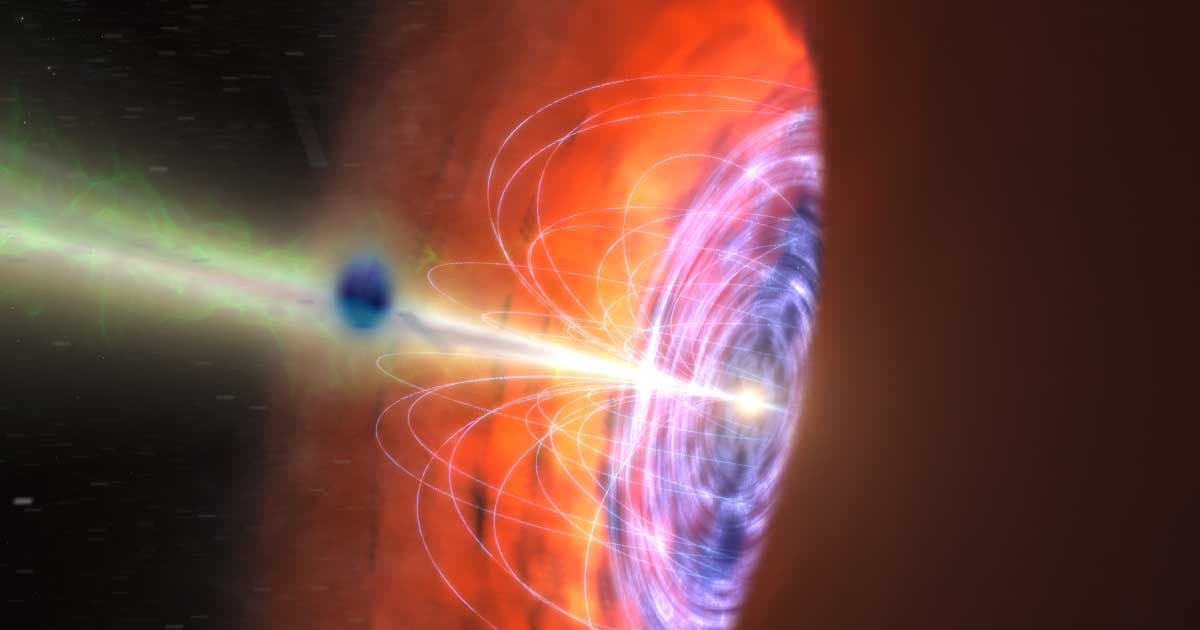 There Goes My Hero

A Supermassive Black Hole Yeeted This Star at 3.7 Million MPH

Five million years ago, the supermassive black hole at the center of the Milky Way sent an unfortunate star rocketing away at millions of miles per hour.

The star, recently spotted by Carnegie Mellon University astronomers, is on its way out of the galaxy at 3.7 million miles per hour — a speed so high that it will never return, according to Space.com. Putting aside how metal it is that a black hole ejected a star from the galaxy, the discovery also helped astronomers confirm a whole slew of hypotheses about how stars and giant black holes can interact.

This runaway star, described in research published last week in the journal Monthly Notices of the Royal Astronomical Society, is not the first that scientists have seen rapidly fleeing a black hole. But it is the first that astronomers can clearly trace its path back to a supermassive black hole, Space.com reports.

That means scientists finally had the evidence to argue that ejections of the sort are actually possible.

Since most things near supermassive black holes suffer a more disastrous fate, all we can do is say godspeed — and wish it luck on its journey.

"Seeing this star is really amazing as we know it must have formed in the galactic center, a place very different to our local environment," Ting Li, a Carnegie Observatory and Princeton University scientist said in a press release. "It is a visitor from a strange land."

READ MORE: A Star Ejected from the Milky Way's 'Heart of Darkness' Has Reached a Mind-Blowing Speed [Space.com]

More on cosmic runaways: A Runaway Star Is Escaping a Black Hole at 1.2 Million MPH