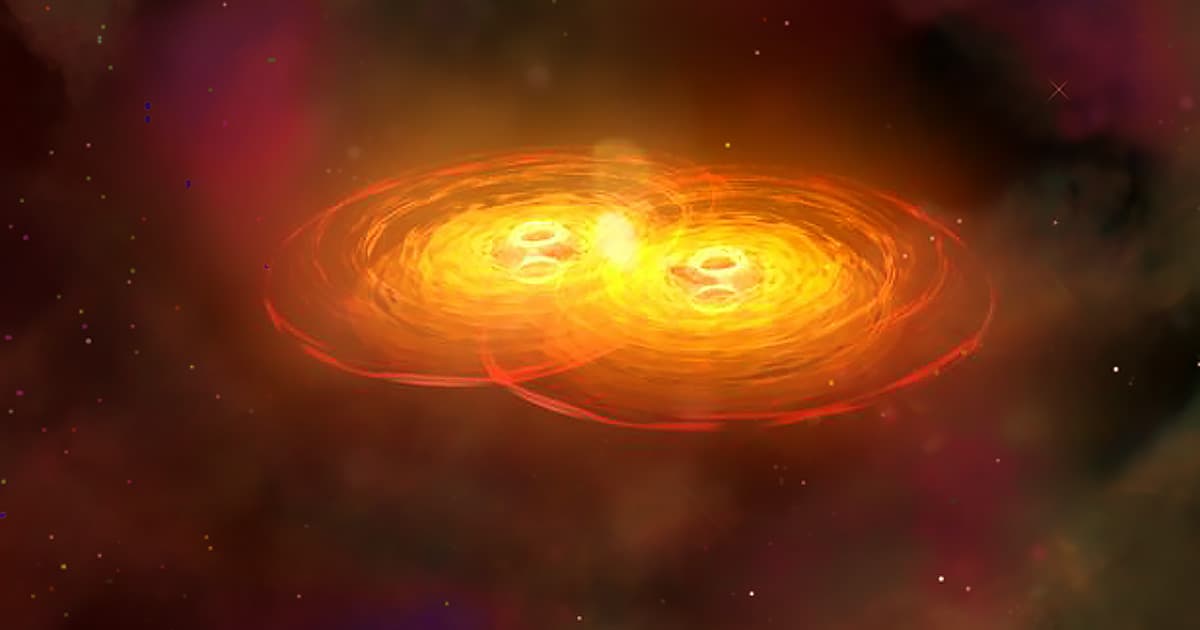 Shining in the Night

Evidence of a high-energy particle flair from a distant galaxy was found nestled in data first captured by the Kepler Space Telescope in 2011.

Until now, the flair had scientists stumped for answers — but scientists are now suggesting, according to Scientific American, that it could be a sign of a phenomenon first proposed in 2017: two massive black holes, wrapping around each other as they collide.

In 2017, astrophysicists Daniel D’Orazio and Rosanne Di Stefano explained how a pair of supermassive black holes on a collision course could produce a flair, like the one found in Kepler’s data. In theory, the process would be visible due to gravitational lensing. If the black holes line up with Earth, and one passes in front of the other, it should warp and magnify light from behind it like a lens, making nearby objects glow in background x-ray radiation.

D’Orazio and Di Stefano predicted that the system, charmingly nicknamed “Spikey,” should flair again sometime this coming April — and they’re prepared to capture the event.

If Spikey does flair in April, the team should have up to ten days to witness it.

But even the experts aren’t sure what might happen if it does. If the black holes get close enough they may merge entirely, or else they could just end up circling each other indefinitely. Either way, we’ll be waiting a long time to find out — the pair aren’t expected to reach a merging state for another 100,000 years.