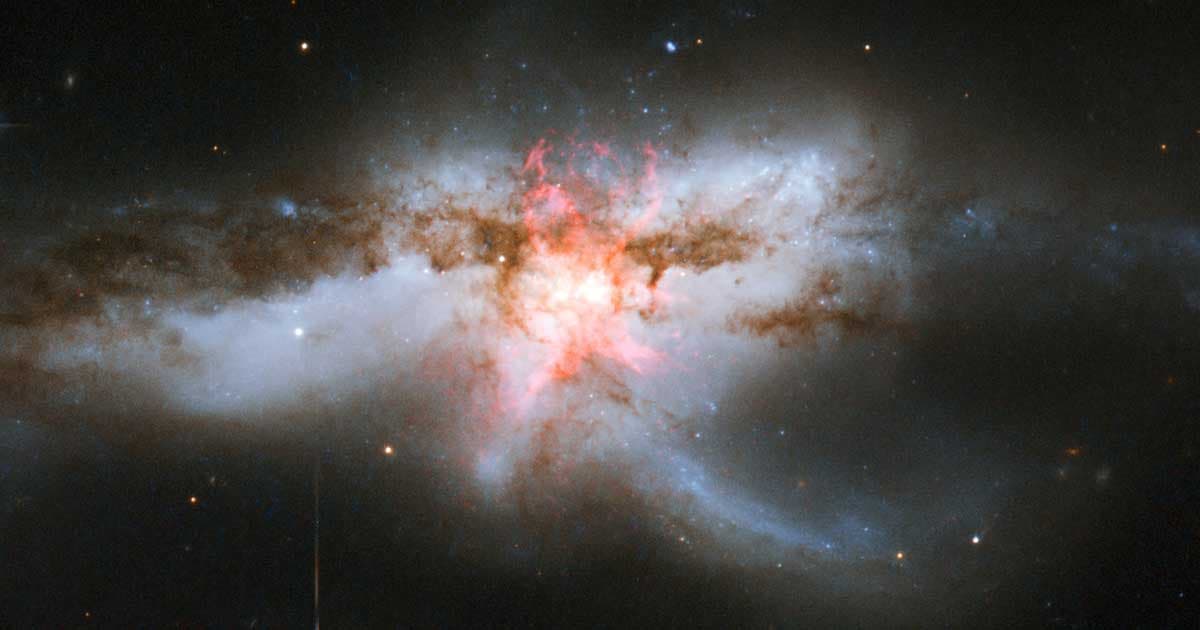 It turns out the galaxy's twin black holes are actually triplets.

It turns out the galaxy's twin black holes are actually triplets.

Almost every known galaxy — including our own Milky Way — has a single supermassive black hole swirling at its center. Occasionally, astronomers will spot a pair of black holes together, a sign that two galaxies are merging into one.

But now, an international research team has discovered the first known galaxy containing three black holes — and it could explain how some galaxies get so big, so fast.

But in a new study, published in the journal Astronomy & Astrophysics, researchers observed the galaxy using the Multi Unit Spectroscopic Explorer instrument on the European Southern Observatory’s Very Large Telescope. The surprise result: the galaxy appears to be home to not two but three black holes — each with a mass greater than 90 million Suns.

This discovery affects far more than our understanding of just NGC 6240.

Astronomers have long wondered how the most massive galaxies in our universe managed to form in just the 14 billion years since the Big Bang. Now, it seems the answer might be that their evolution involved multiple galaxies merging simultaneously.

"Up until now, such a concentration of three supermassive black holes had never been discovered in the universe," researcher Peter Weilbacher said in a press release. "The present case provides evidence of a simultaneous merging process of three galaxies along with their central black holes."