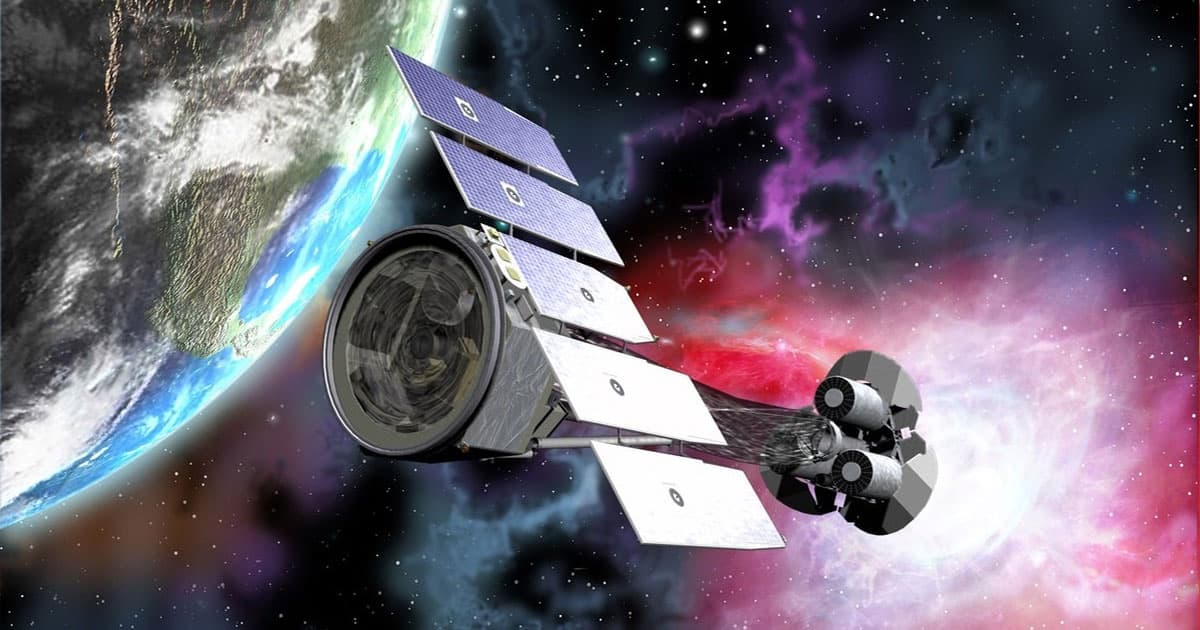 NASA's Imaging X-ray Polarimetry Explorer could give us unprecedented views of black holes and neutron stars.

NASA's Imaging X-ray Polarimetry Explorer could give us unprecedented views of black holes and neutron stars.

NASA just awarded SpaceX a contract to launch what the agency's calling a "groundbreaking astrophysics mission:" NASA's Imaging X-Ray Polarimetry Explorer (IXPE) mission, which could one day allow astronomers to uncover the mysteries behind black holes and neutron stars.

The $50.3 million mission is planning to launch three space telescopes that are capable of analyzing the polarization of cosmic X-rays. With that kind of data, we could find out how supermassive black holes or pulsar wind nebulae — windstorms that follow supernovae — are formed.

The IXPE mission was selected back in 2017 as one of NASA's small astrophysics missions.

"We cannot directly image what’s going on near objects like black holes and neutron stars, but studying the polarization of X-rays emitted from their surrounding environments reveals the physics of these enigmatic objects," Paul Hertz, director of NASA’s astrophysics division, said in a statement at the time. The project, he said, "will open a new window on the universe for astronomers to peer through."

A preliminary launch date is set for April 2021 on a Falcon 9 rocket from Launch Complex 39A in Florida. It's unlikely it will take up the full payload of the rocket, as SpaceNews.com points out.

Falling In
Objects We Thought Were Black Holes May Actually Be Wormholes, Scientists Say
11. 15. 22
Read More
Black Hole Snapshot
Scientists Release Image of Black Hole at Center of Our Galaxy
5. 12. 22
Read More
Into Darkness
Inside NASA's Bold Proposal to Probe the Mysteries of Dark Matter
3. 11. 22
Read More
+Social+Newsletter
TopicsAbout UsContact Us
Copyright ©, Camden Media Inc All Rights Reserved. See our User Agreement, Privacy Policy and Data Use Policy. The material on this site may not be reproduced, distributed, transmitted, cached or otherwise used, except with prior written permission of Futurism. Articles may contain affiliate links which enable us to share in the revenue of any purchases made.
Fonts by Typekit and Monotype.