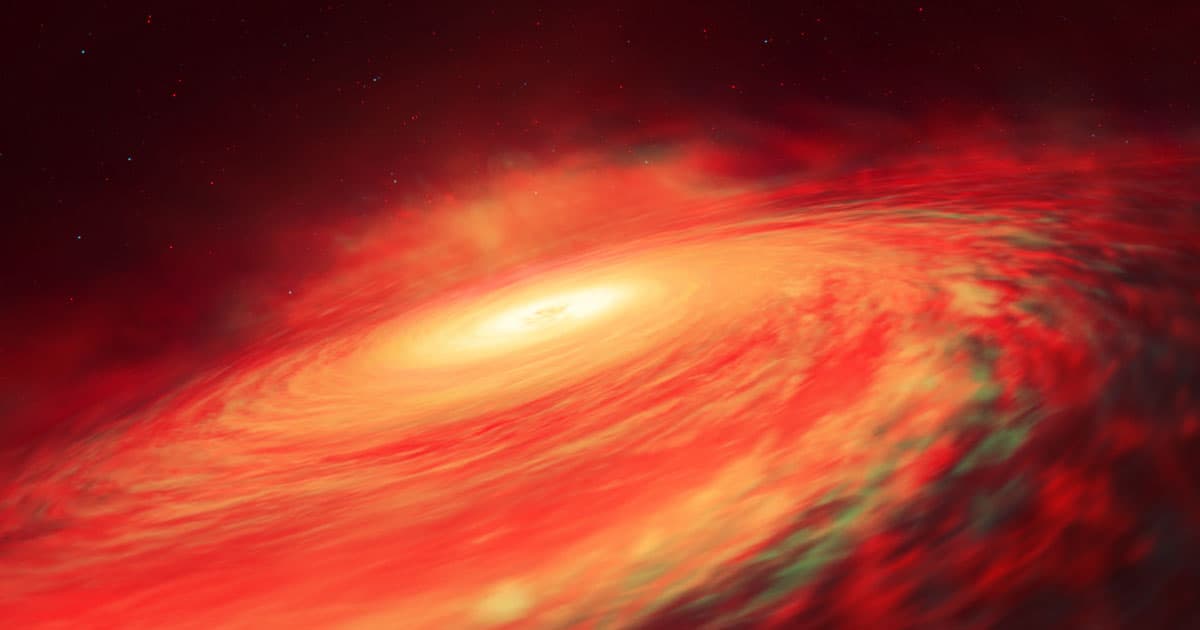 The cosmic monster could help test Einstein's theories of relativity.

The cosmic monster could help test Einstein's theories of relativity.

130 million light-years away, at the center of the galaxy NGC 3147, lurks a particularly bizarre supermassive black hole.

The black hole, recently discovered by astronomers using the Hubble Space Telescope, has a much larger disk of material orbiting around it than scientists expected given how sparse the galaxy is, according to a European Space Agency press release. Because the disk orbits so closely to the black hole and the rest of the galaxy is so dim, the astronomers believe they directly observed Einstein's theories of general and special relativity in action.

Too Close For Comfort

The disk, which spins at one-tenth the speed of light, orbits so closely to the supermassive black hole that its gravity alters how light travels away from it. As the light struggles to escape, its wavelength gets stretched out, making the disk appear redder.

"This is an intriguing peek at a disc very close to a black hole, so close that the velocities and the intensity of the gravitational pull are affecting how we see the photons of light," Università degli Studi Roma Tre astronomer Stefano Bianchi said in the press release.