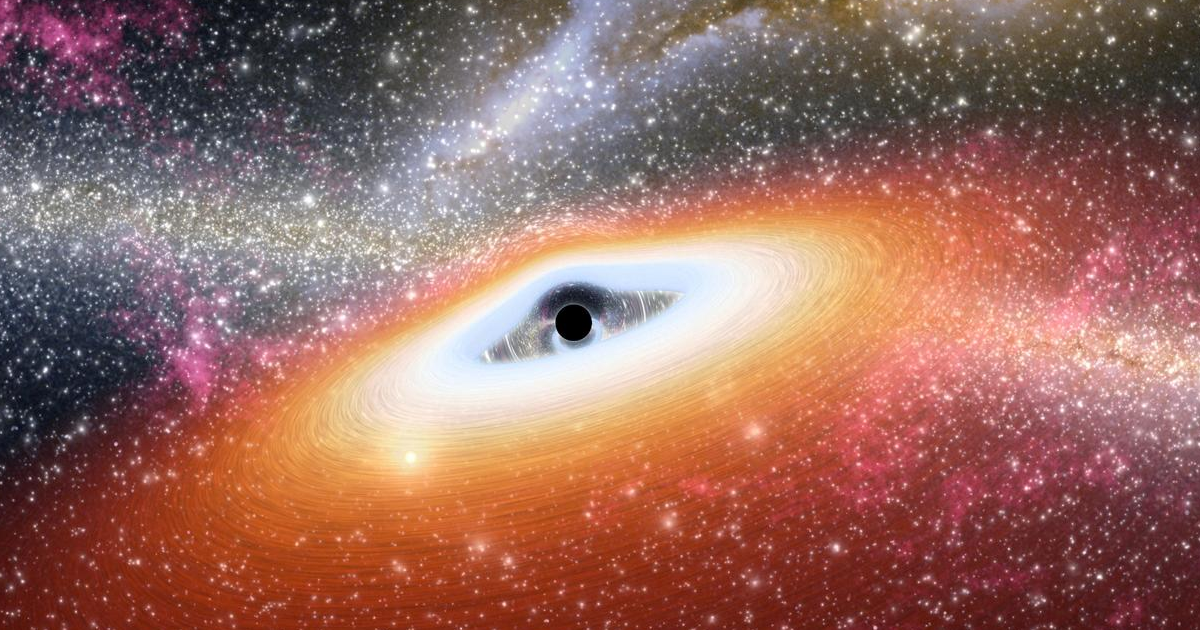 Something Is Blocking the View of Our Galaxy's Giant Black Hole

Scientists got their first glimpse of the black hole's outer accretion disk.

Scientists got their first glimpse of the black hole's outer accretion disk.

Scientists just got their best look yet at the accretion disk — a halo of gas — swirling around the supermassive black hole at the core of the Milky Way.

Existing X-ray observations have shown that our black hole's accretion disk includes an inner layer of superhot gas, according to Space.com. But this new research, published Wednesday in the journal Nature, confirms for the first time that there's a cooler, outer layer of gas in the accretion disk that hides the rest of the halo from view — and it could help explain how black holes behave.

This newly-observed outer layer of gas ranges between -280 and 17,500 degrees Fahrenheit, according to the study, depending on how far out from the center its temperature is taken. That's nothing compared to the inner layer, which can reach a hellish 18 million degrees Fahrenheit close to the event horizon.

The outer layer of the accretion disk blankets the rest of the halo, extending 20,000 times farther away from the black hole than the radius of its event horizon.

"If we want to learn about what processes are important and not important for how a black hole gets fed, we need to know the environment around the black hole well," Elena Murchikova, the Institute for Advanced Study astrophysicist who led the study, told Space.com. "But the contribution of cool gas on a black hole has never been studied."