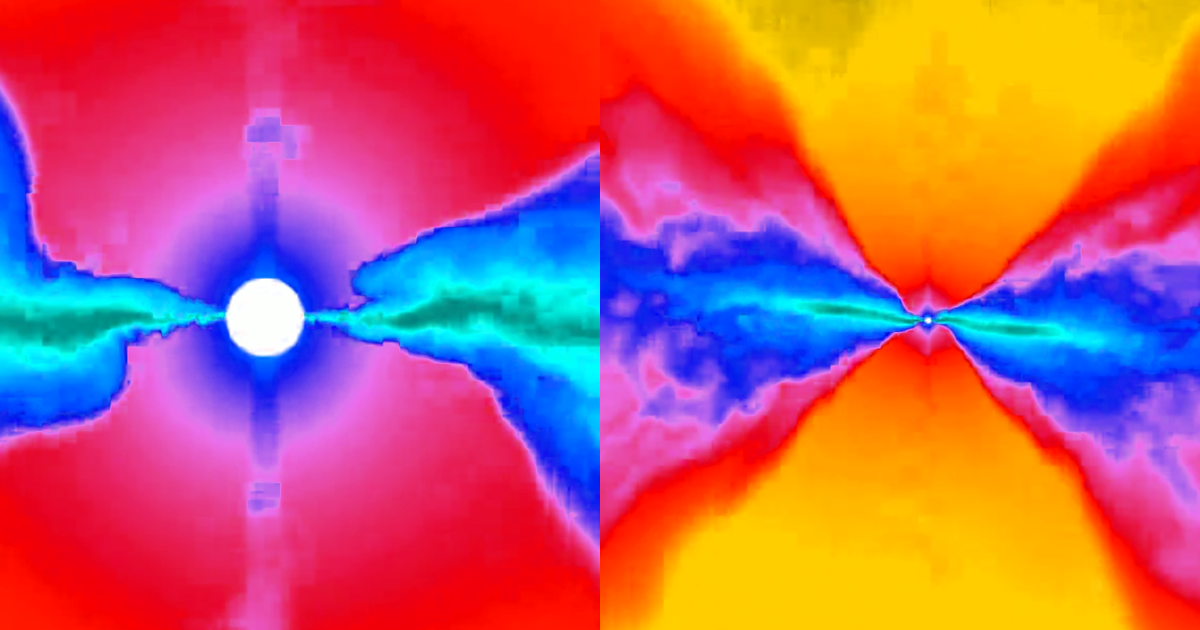 They used them to solve a mystery that's stumped scientists since 1975.

They used them to solve a mystery that's stumped scientists since 1975.

It's been less than two months since scientists released the first actual image of a black hole, but astronomers have been studying the strange phenomena for more than a century. One modern tool: computer simulations that allow researchers to visualize black holes in otherwise-impossible detail.

Now, an international team of computational astrophysicists has produced the highest-resolution simulations of a black hole ever created — and used them to solve a mystery that's stumped scientists since 1975.

The mystery is known as the Bardeen-Petterson effect. It suggests that the inner region of a spinning black hole's tilted accretion disk — the ring of matter spinning around a black hole's event horizon — should align with its equator, and astronomers have been on the hunt for it ever since the effect's proposal in 1975.

In a paper published Wednesday in the journal Monthly Notices of the Royal Astronomical Society, the computational astrophysicists describe how they were able to prove the Bardeen-Petterson effect by thinning the accretion disk in their simulations and including the magnetized turbulence that causes the disk accretion.

"These details around the black hole may seem small," researcher Alexander Tchekhovskoy said in a news release, "but they enormously impact what happens in the galaxy as a whole. They control how fast the black holes spin and, as a result, what effect black holes have on their entire galaxies."