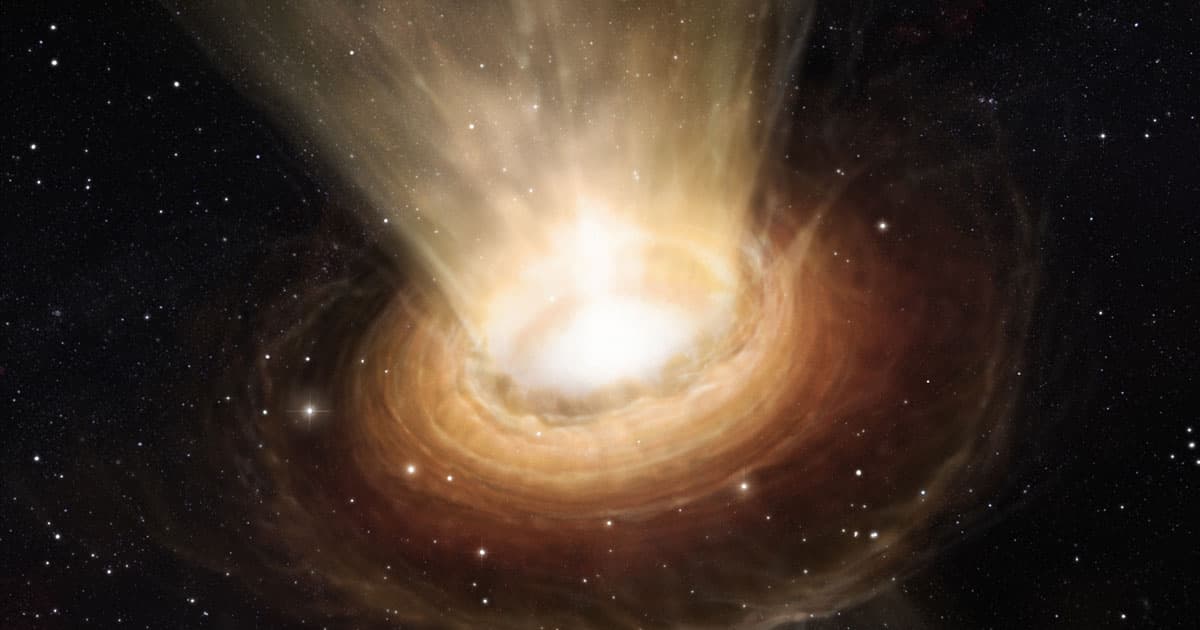 The supermassive black hole at the center of the galaxy might be feeling a bit queasy — scientists say it “burped” out two gigantic bubbles of radioactive gases.

Scientists first caught a fleeting glimpse of the bubbles — tens of lightyears wide — in the 1980s, according to Business Insider. But thanks to the recently-constructed MeerKAT telescope in South Africa, astronomers could finally get a better look at the mysterious bubbles and learn more about what caused them.

The bubbles are an unusual outburst for our galaxy’s black hole — compared to other galaxies’ central black holes, ours is comparatively inactive, according to research published Wednesday in the journal Nature.

As such, the University of Oxford and Rhodes University astronomers behind the new survey suspect the bubbles are akin to cosmic indigestion — the black hole likely had a feeding frenzy when clumps of cosmic dust passed nearby millions of years ago, just to spew it all back out in the form of the giant bubbles.

Millions of years later, the radio signals from the cosmic belch reached Earth, which is why scientists can detect them with the MeerKAT telescope.

“These enormous bubbles have until now been hidden by the glare of extremely bright radio emission from the [center] of the galaxy,” Fernando Camilo of the South African Radio Astronomy Observatory said in a press release.

“Teasing out the bubbles from the background ‘noise’ was a technical tour de force,” he added.

READ MORE: The black hole at the center of our galaxy just belched two giant bubbles of radiation [Business Insider]