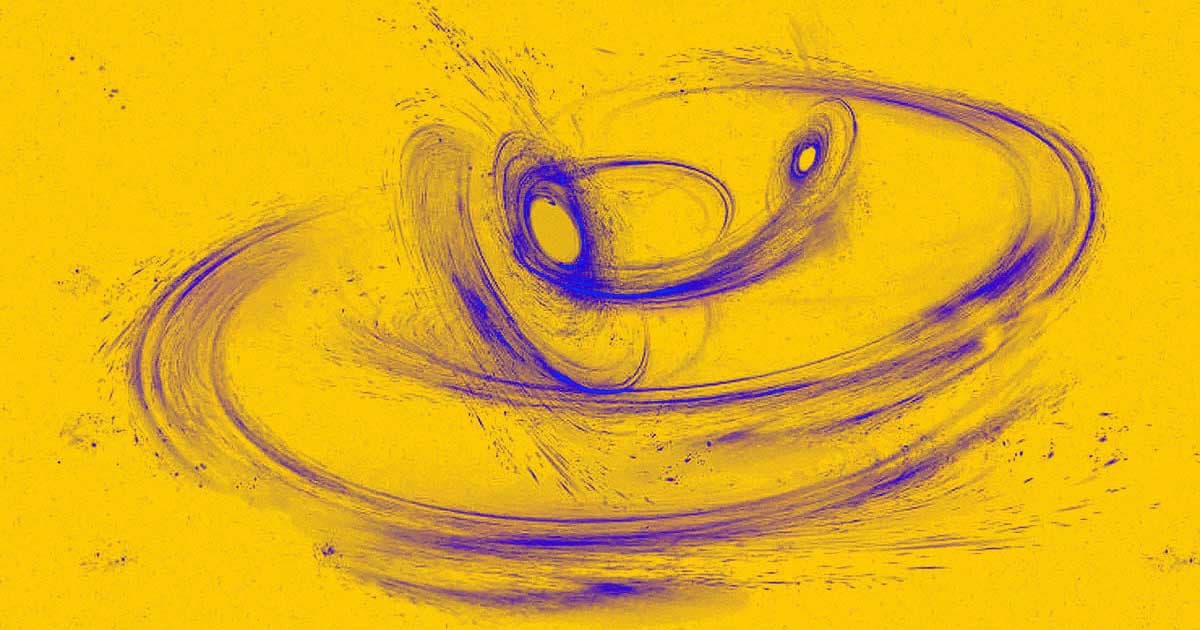 Scientists suspect that these black holes are constantly devouring one another.

Scientists suspect that these black holes are constantly devouring one another.

In July 2017, a team of astronomers spotted signs of two black holes merging, a type of event that's only been identified ten times so far. One of the black holes involved in the merger was seemingly larger than 50 solar masses, puzzling astronomers — how did it get so huge?

Now, according to Astronomy, a group of scientists are suggesting that supermassive black holes at the center of galaxies are surrounded by much smaller "baby black holes" that consume each other while in orbit, growing each time — a "Pac-Man-like" behavior, according to co-author and assistant professor at the Rochester Institute of Technology Richard O'Shaughnessy.

Through computer simulations, the team discovered that if a series of smaller orbiting black holes were to merge with each other, the resulting black hole would be larger than 50 solar masses — a behavior that could explain the massive black hole merger spotted in July 2017.

A paper about the results was published in the journal Physical Review Letters earlier this month.

"[The research] offers unique insight into how the centers of galaxies grow, which is of course essential to understanding how galaxies as a whole grow, which explains most of the structure in the universe," O'Shaughnessy said in a statement.