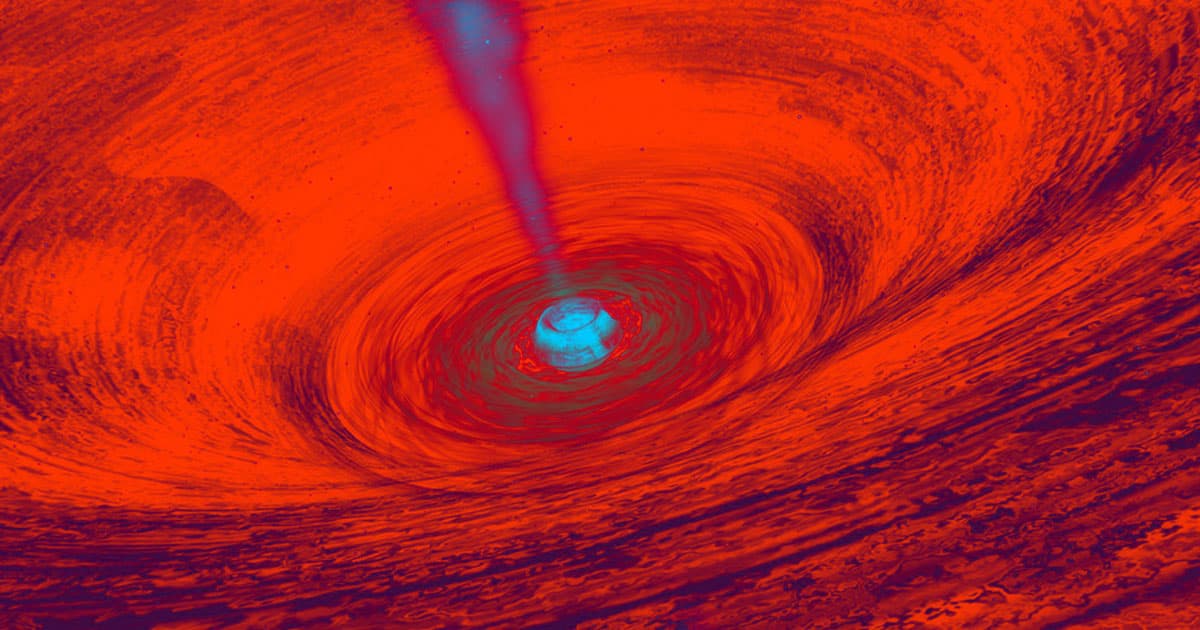 Scientists Plan to Capture a Feasting Black Hole on Video

The black hole cinematic universe is growing: scientists running the Event Horizon Telescope (EHT) just announced plans to capture real-time video footage of Sagittarius A*, the supermassive black hole at the center of the Milky Way.

The EHT, an international network of observatories that combine their data to function like a planet-sized telescope, first captured that groundbreaking image of a black hole back in April. But now the team is getting more ambitious, telling Business Insider that it plans to capture actual video of a black hole.

Scientists already plan to record and share video of M87*, the black hole in that image from April. But Sagittarius A* has been notoriously difficult for astronomers to image due to a massive accretion disk of superhot gas blocking their view.

But the M87* video will be months of time-lapse footage, not a real-time movie, BI reports. That's because M87* has a larger, slower-moving accretion disk that doesn't change nearly as rapidly.

"Imagine you could see the black hole during one of those periods of activity," EHT head Shep Doeleman told BI. "You'd see exactly where that emission was coming from."

READ MORE: Astronomers plan to film the black hole at the center of the Milky Way galaxy as it gobbles up stars and planets. The video could open a 'new field' of science. [Business Insider]