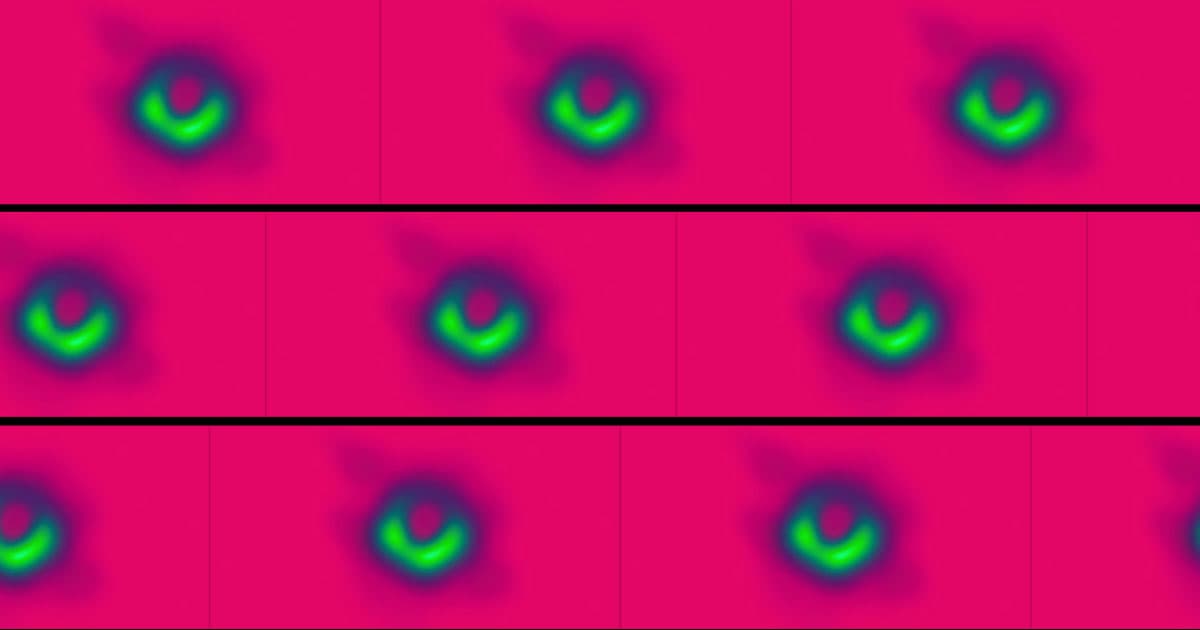 In a new interview with Agence France-Presse, the leader of the team that shared the first image of a black hole last year revealed the squad's next release: a video of the cosmic monster devouring vast clouds of gas.

"It could be that maybe we will make the first crude movie" by 2020, Event Horizon Telescope Collaboration Director Shep Doeleman told the news service. He also opined, modestly, that the project has "delivered more value than any other scientific project that I can think of in history."

Last year, Doeleman's team made history when it released a still image of M87*, an unfathomably colossal black hole at the heart of a distant galaxy.

To pull off the unprecedented feat, the Event Horizon Telescope researchers crunched the data from a network of eight telescopes around the world.

According to Doeleman, the team has already collected all the data it needs to make the video, but it's still processing the huge cache of information. AFP warned, though, that the resulting video "might be a little jerky."

"We do see ourselves as explorers, we've taken a journey in our minds," Doeleman told AFP. "And we are instruments at the edge of a black hole. And now we're coming back to report what we found."

More on black holes: Spotted: A Black Hole That Shouldn't Be Physically Possible

Black Hole Snapshot
Scientists Release Image of Black Hole at Center of Our Galaxy
May 12
Read More
Sucking Atmospheres
Scientists Spot Ravenous "Vampire" Star Devouring Its Neighbor
Mar 2
Read More
Yuge
Scientists Discover Enormous Black Hole Right Near Our Galaxy
12. 4. 21
Read More
+Social+Newsletter
TopicsAbout UsContact Us
Copyright ©, Camden Media Inc All Rights Reserved. See our User Agreement, Privacy Policy and Data Use Policy. The material on this site may not be reproduced, distributed, transmitted, cached or otherwise used, except with prior written permission of Futurism. Articles may contain affiliate links which enable us to share in the revenue of any purchases made.
Fonts by Typekit and Monotype.