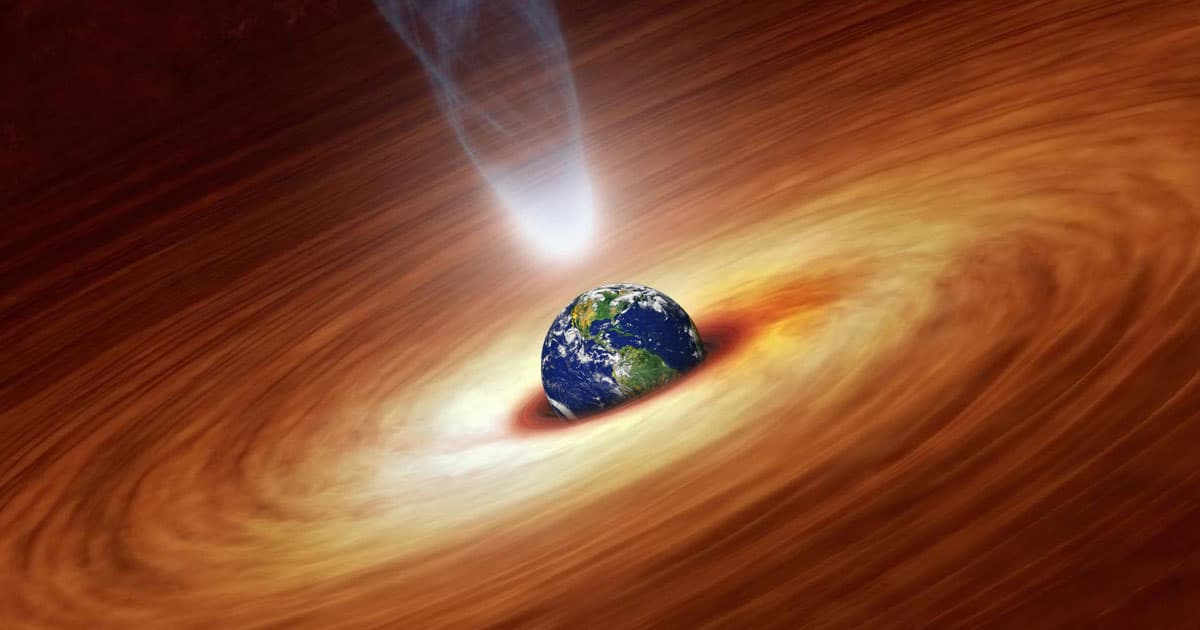 Earth wouldn't even make a dent.

Earth wouldn't even make a dent.

A new online tool calculates just how much cosmic destruction a run-in between the Earth and a black hole would cause.

The aptly-named Black Hole Collision Calculator determines how much a black hole would expand and the amount of energy it would release if it absorbed the Earth — or any other object, since the calculator is totally customizable, Space.com reports.

Particle physicist Álvaro Díez created the tool, which is hosted on the calculator database project Omni Calculator. Based on his calculations, a black hole swallowing the Earth would release some 55 quintillion times the planet’s annual energy consumption.

But even that destructive event would be a light snack for a supermassive black hole — its event horizon would only expand by a hundredth of a trillionth of a percent, per the calculator.

The main flaw with the calculator? The artistic rendering of a black hole obliterating the Earth that pops up next to the results doesn’t change to match any increasingly goofy collisions.

READ MORE: See What a Black Hole Would Do to Earth with Online ‘Collision Calculator’ [Space.com]