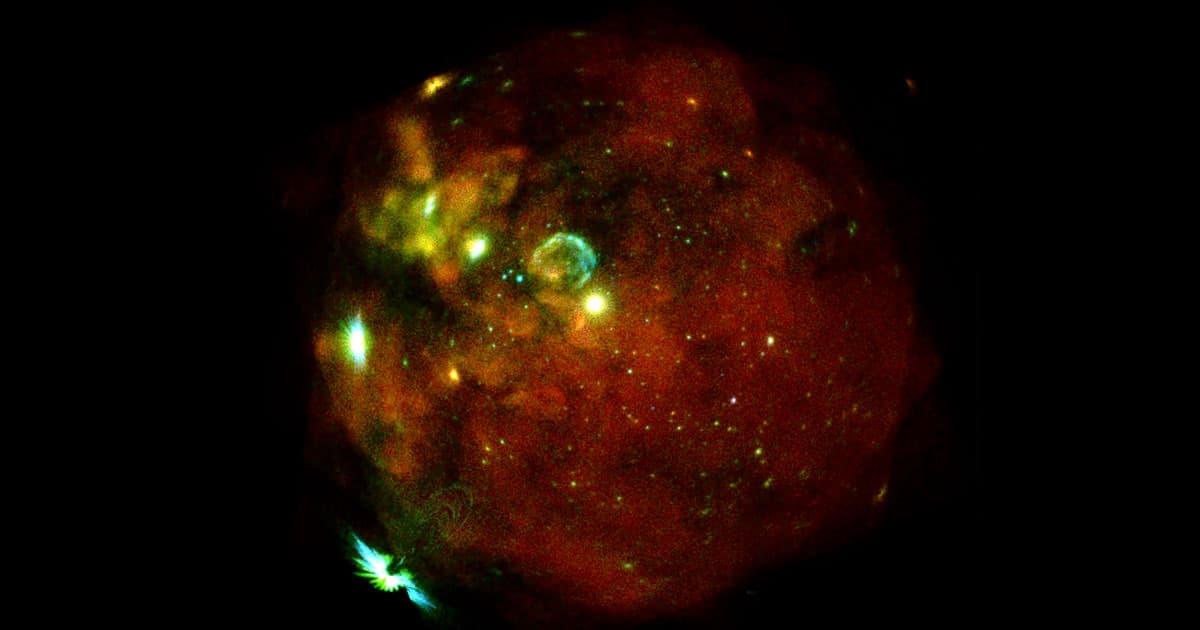 Here Are The First-Ever Images From the Dark Matter Telescope

The new telescope, according to one scientist, is "tracing out the dark matter structure of the Universe."

The new telescope, according to one scientist, is "tracing out the dark matter structure of the Universe."

Scientists just released the first-ever images taken with the German space agency's X-ray telescope eROSITA, at an event at the Max Planck Institute for Extraterrestrial Physics.

The new images could give us invaluable insight into the nature of dark energy — the mysterious form of unknown energy that accounts for roughly 68 percent of the known universe — by mapping the structure of the cosmos in new ways.

"Visible light shows the structure of a galaxy traced by its stars, but the X-rays are dominated by supermassive black holes growing at their centres," Kirpal Nandra, director of High Energy astrophysics at the Max Planck Institute. "And where we see clusters of galaxies with optical telescopes, X-rays reveal the huge reservoirs of gas filling the space between them and tracing out the dark matter structure of the Universe."

The two X-ray exposures were taken by eROSITA's seven mirrors, which launched as part of the Russian-German Spektr-RG space observatory back in July. One shows our neighbor galaxy, the Large Magellanic Cloud, and the other shows two galaxy clusters 800 million light years away.

Scientists believe X-ray observations can provide new data about the existence and nature of dark energy. Since it can only be observed by its effects on other objects and never directly, the eROSITA team will be examining galaxy clusters that emit substantial amounts of X-rays.

"We now know that eROSITA can deliver on its promise and create a map of the whole X-ray sky with unprecedented depth and detail," said eROSITA project scientist Andrea Merloni.

"The potential for new discoveries is immense," Predehl added. "Now we can start reaping the fruits of more than ten years of work."

More on X-ray observations: Three Supermassive Black Holes Are About to Collide