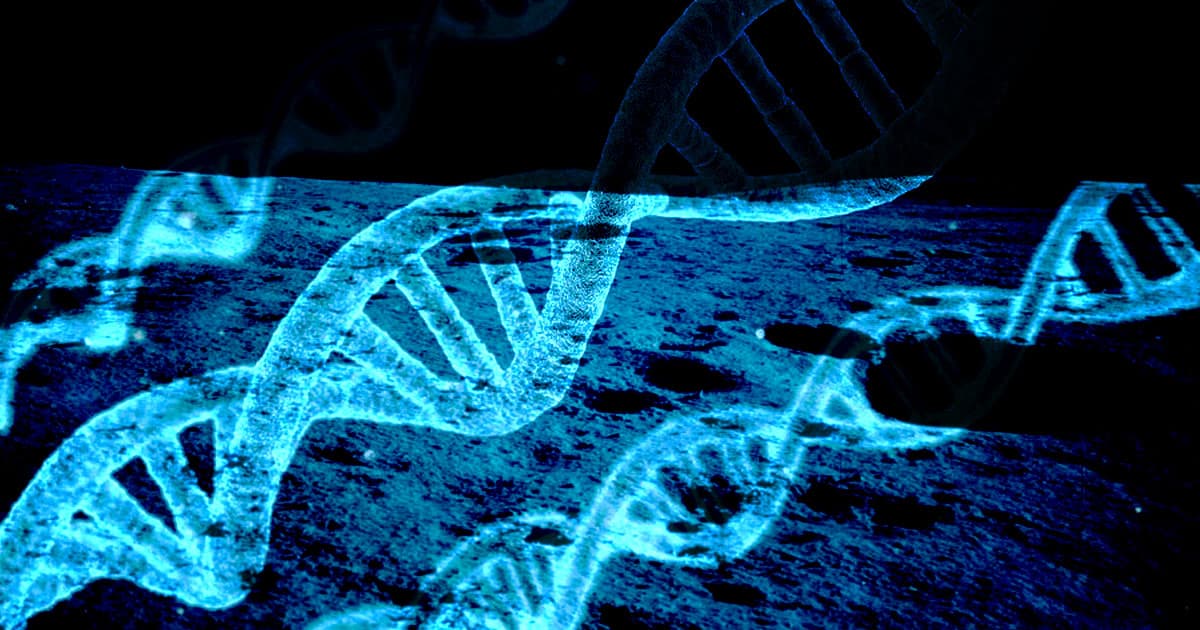 "You provide a saliva sample and then we take your DNA, your source code, and preserve it up in space for eternity."

"You provide a saliva sample and then we take your DNA, your source code, and preserve it up in space for eternity."

A private trip to the Moon's orbit could cost you anywhere from $35 million to $150 million. But now, one startup is saying it'll charge just $99 to put you on the Moon.

Part of you, anyway.

In a newly published IEEE Spectrum story, LifeShip founder Ben Haldeman shares his startup's plan to send human DNA to the Moon — a whimsical undertaking that could also ensure humanity lives on even if Earth becomes uninhabitable.

The project will launch this fall with a Kickstarter campaign through which LifeShip will sell $99 kits that backers can use to collect samples of their spit.

LifeShip will then extract DNA from the saliva and preserve it in an "artificial amber" that will reach the Moon as part of a future Arch Mission journey.

"You provide a saliva sample and then we take your DNA, your source code, and preserve it up in space for eternity," Haldeman told IEEE Spectrum.

While your DNA might land on the Moon through the LifeShip project, even Haldeman later notes that he isn't sure how long it'll survive once it reaches its lunar destination.

"We can’t guarantee a million years on the Moon but it should be up there for a while," he told IEEE Spectrum. "It’s about archiving life and saving for the future but also the wonder of traveling into space and what could happen with this DNA in the future."

READ MORE: This Startup Wants to Stash Your DNA on the Moon [IEEE Spectrum]

More on the Arch Mission: Israeli Moon Lander Is Carrying a Vast Backup of Human Knowledge