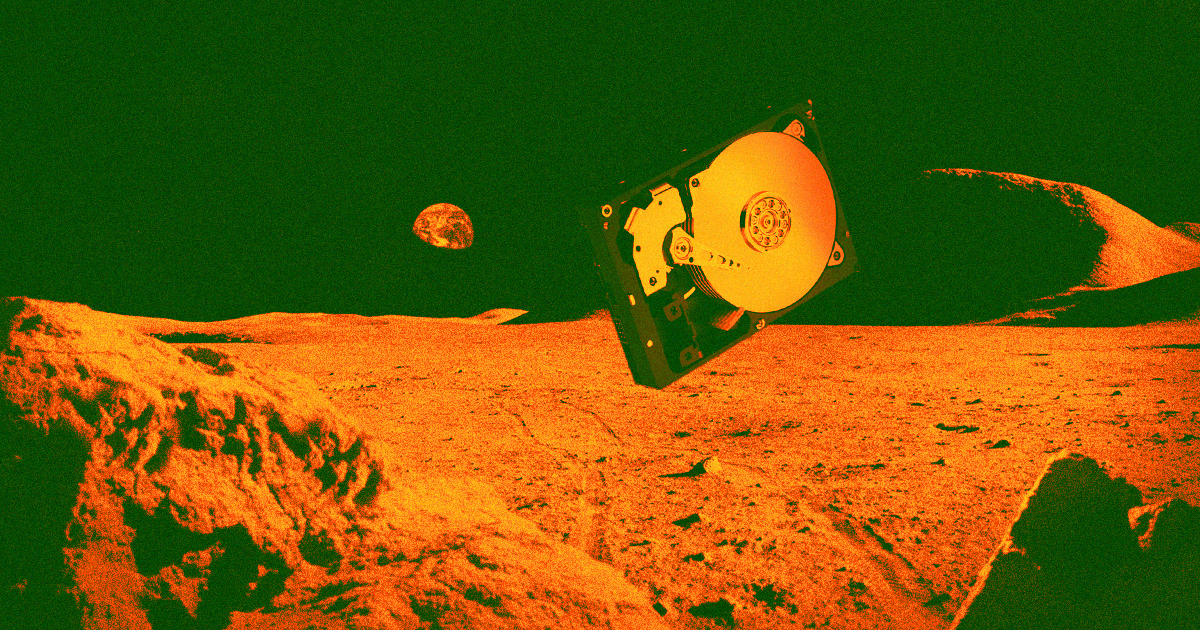 Right now, a backup copy of humanity's collective knowledge is on its way to the surface of the Moon.

The lander was built by the Israeli startup SpaceIL. It's carrying a high-tech disc containing 25,000 books, a full copy of Wikipedia, and information on understanding Earthly languages — the equivalent, all told, of a 30 million-page tome.

Once it's there, the archive — dubbed the Lunar Library — is supposed to sit on the Moon for billions of years, preserving humanity's knowledge and history long after we're gone, according to CNET.

The archive, in the form of a specialized disc, hitched a ride during a SpaceX Falcon 9 launch on Thursday. A test version flew alongside that Tesla Roadster that Elon Musk launched into space, according to CNET.

"The idea is to place enough backups in enough places around the solar system, on an ongoing basis, that our precious knowledge and biological heritage can never be lost," Nova Spivack, co-founder of the Arch Mission Foundation, which is the organization that made the Lunar Library, told CNET.

Now, should humanity fail to prevent climate change, or should any other end-of-days scenario occur, the knowledge and accomplishments of the world can carry on without us. Presumably, any future civilizations would just have to figure out space travel — and somehow locate one of the Arch Mission's data caches — to access the archive.

"While I am optimistic that humanity will rise to the challenge and develop a multinational planetary defense initiative to mitigate these planetary risks, it is also prudent to have a plan B," Spivack said. "Instead of one backup in one place our strategy is 'many copies, many places' — and we plan to send updates on a regular basis."

More on the Lunar Library: A Nonprofit Plans to Store Human Knowledge in DNA and Store it on the Moon

Read This Next
Rolling Coal
Space Travel Will Absolutely Gut the Environment, Scientists Warn
Futurism
Free Speech Champion Elon Musk Fires Employees for Criticizing Him
Astronaut Drip
We Just Got the First Peek at NASA's Artemis Moon Landing Suits
NDA
SpaceX Reportedly Paid $250,000 to Silence Sexual Allegations Against Elon Musk
Captain Planet
Buying Twitter Seems Like a Huge Distraction for Elon Musk's Mars Plans
More on Off World
TMNT
Friday on the byte
Chunky Turtle Spotted Near NASA's Mega Moon Rocket
Cloud Spotting
Thursday on the byte
NASA Needs Your Help Spotting Clouds On Mars
Carbon-Based
Tuesday on futurism
NASA Rover Finds New Potential Evidence for Ancient Life on Mars
READ MORE STORIES ABOUT / Off World
Keep up.
Subscribe to our daily newsletter to keep in touch with the subjects shaping our future.
+Social+Newsletter
TopicsAbout UsContact Us
Copyright ©, Camden Media Inc All Rights Reserved. See our User Agreement, Privacy Policy and Data Use Policy. The material on this site may not be reproduced, distributed, transmitted, cached or otherwise used, except with prior written permission of Futurism. Fonts by Typekit and Monotype.