A Ticket to the Moon: An Out-of-this-World Journey

If you've got a few million dollars to spend, this is for you. 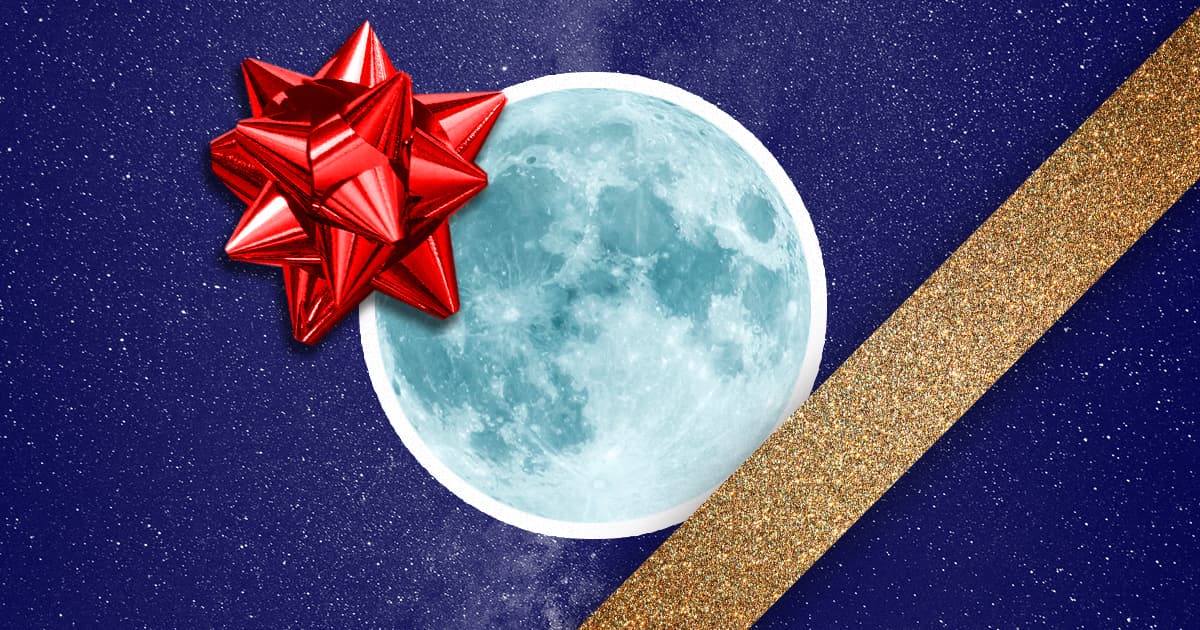 Naming a star, a crater, or even a planet after a loved one seems pretty romantic. After all, what makes a better gift that a rocky barren ditch that might one day trip up a future Mars rover? Or a star that could one day be consumed by a hungry black hole? So fleeting. Yet so popular.

So let's take this idea of off-world gifts and really, really run with it. Why buy a chunk of a Moon rock when you could use that excessive expendable income to add to the extremely short list of human beings who have actually journeyed to the Moon?

You’ve got a few options when it comes to gifting a ticket to the Moon.

First, you could go with SpaceX. Last year, Elon Musk announced two private citizens will be flying around the Moon in a SpaceX rocket. More recently, he unveiled more details about one of the passengers: Yusaku Maezawa, a Japanese billionaire entrepreneur and art collector. While neither Musk nor Maezawa would reveal the actual cost of the trip, Maezawa reportedly already paid a “significant deposit." In addition, Musk did hint that a roundtrip ticket would likely cost the same as a visit to the ISS. A 10-day trip will run you about $55 million, according to Axiom Space. However, by many accounts this number can vary. NASA pays Roscosmos just above $81 million for a round-trip to the Soyuz capsule, according to The Verge.

Alternatively, there's Space Adventures, a company that charges around $150 million per seat for a trip around the Moon. During the journey, customers will see the far side of the Moon lit up, and watch an Earth rise, all from the comfort of a Russia spacecraft. This price includes 10 days docked on the ISS, acclimating to the new environment. Other perks included in the cost are training, and a personal cosmonaut guide.

While the cost might sound steep, think of the lunar tourism opportunities! You can take check out the site of the first human landing – AKA Tranquility Base, see Buzz Aldrin's foot print, U.S. flags, or even the golf balls astronaut Alan Shepard hit during an Apollo 14 moonwalk.

If only all gifts could be so out-of-this-world.

Read This Next
Rolling Coal
Space Travel Will Absolutely Gut the Environment, Scientists Warn
Carbon-Based
NASA Rover Finds New Potential Evidence for Ancient Life on Mars
Futurism
Free Speech Champion Elon Musk Fires Employees for Criticizing Him
So Long
Tragedy! NASA Says the Voyager Space Probes are Powering Down
Expect Delays
Scathing Report Admits NASA Is Years Behind Moon Landing Schedule
More on Off World
TMNT
Yesterday on the byte
Chunky Turtle Spotted Near NASA's Mega Moon Rocket
Cloud Spotting
Thursday on the byte
NASA Needs Your Help Spotting Clouds On Mars
Gifts For Mom
Tuesday on the byte
Jeff Bezos Ditches Plan to Land Rockets on Ship Named for His Mom
READ MORE STORIES ABOUT / Off World
Keep up.
Subscribe to our daily newsletter to keep in touch with the subjects shaping our future.
+Social+Newsletter
TopicsAbout UsContact Us
Copyright ©, Camden Media Inc All Rights Reserved. See our User Agreement, Privacy Policy and Data Use Policy. The material on this site may not be reproduced, distributed, transmitted, cached or otherwise used, except with prior written permission of Futurism. Fonts by Typekit and Monotype.