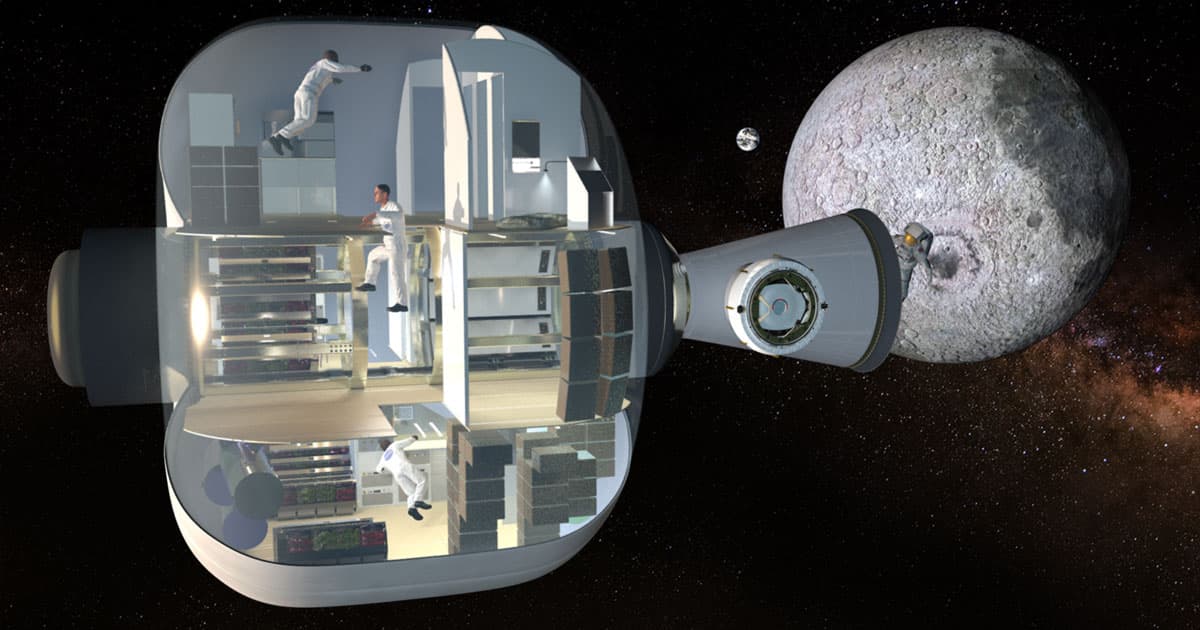 This Roomy, Inflatable Habitat Could One Day Take You to Mars

Unfortunately, it's not headed to space any time soon — at least not yet.

Unfortunately, it's not headed to space any time soon — at least not yet.

The company signed a contract with NASA that dates back to 2016 under the NextSTEP program, which gave half a dozen companies the resources to develop a space station that could one day orbit the Moon.

The inflatable sphere, lovingly compared to a "giant bouncy house" by the Houston Chronicle, could house a team of up to four astronauts during long journeys through space. Three separate stories offer them enough living space to get on with their lives without having to say goodbye to too many of the creature comforts of life back on Earth.

And thanks to its inflatable shell, it's small and light enough to be launched on a SpaceX Falcon Heavy rocket.

"Concepts like these are helping us define and enable new architects and new opportunities... for future activities onward to Mars," said John McCullough, director of Johnson's Exploration Integration and Science Directorate, at a Wednesday news conference.

Unfortunately, it's not actually heading to space any time soon. In July, aerospace corporation Northrop Grumman snatched away the NASA contract to build the first habitat module for NASA's planned Lunar Gateway.

"We would really have liked a chance to compete on that, by the way," Steve Lindsey, vice president of Sierra Nevada's Space Exploration Systems, added. "But it is what it is."

More on space habitats: Here Are The 6 Deep-Space Prototypes NASA Selected For our Future In Space