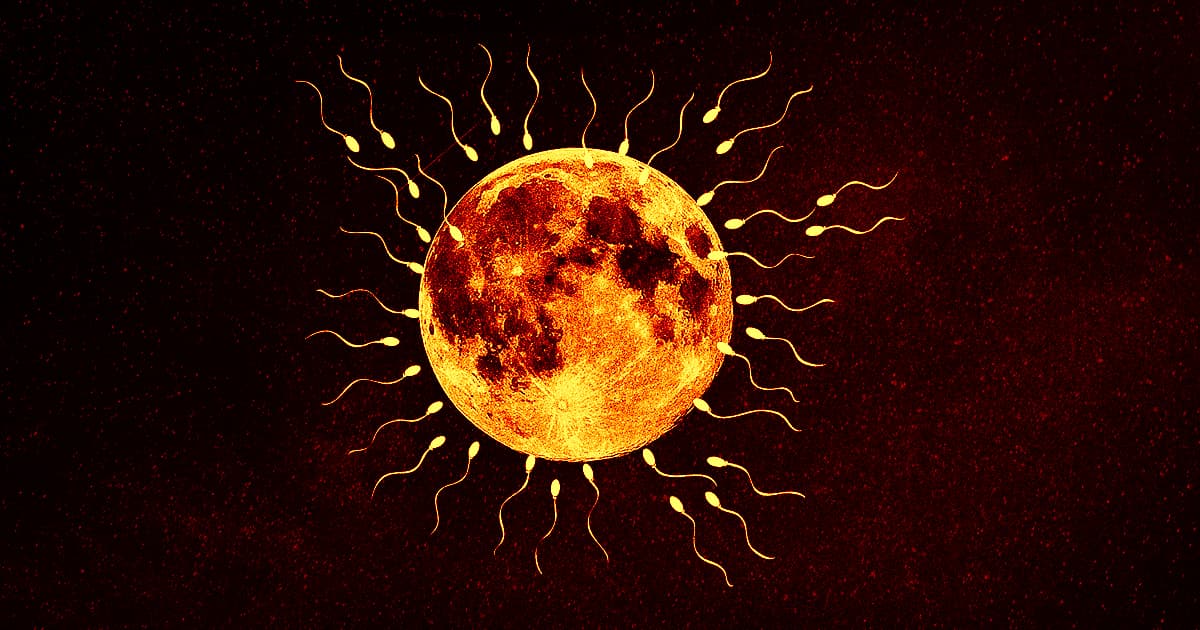 Scientists Are Aiming to Send 6.7 Million Sperm Samples to the Moon

It's a backup plan to prevent an, uh, sticky situation here on Earth.

It's a backup plan to prevent an, uh, sticky situation here on Earth.

With asteroids, supervolcanoes, and other calamities potentially lurking around the corner, a team of engineers has a plan to save life on Earth: Building a new ark, loaded up with cryogenically-frozen sperm and other germ cells from millions of species, on the Moon.

The lunar ark, dreamed up by University of Arizona engineer Jekan Thanga and presented last weekend at the IEEE Aerospace Conference, is conceptually similar to the Svalbard Global Seed Vault in Norway, except it'd be tucked away inside an underground lava tube on the Moon so that terrestrial disasters can't touch it.

The lunar ark is meant to be a contingency plan in case some horrible disaster befalls Earth and causes mass extinction.

Citing ancient supervolcano eruptions and the pressing matter of global climate change, Thanga argues that the millions of frozen sperm, spore, seed, and egg samples would be safer nestled away within a volcano tube on the Moon than down here on Earth.

"Earth is naturally a volatile environment," Thanga said in a press release.

Of course, sending and storing all the samples on the Moon comes with its own substantial challenges. Thanga estimates that it would take 250 rocket launches just to ship all of the samples — 50 each from 6.7 million species — to the Moon, assuming none are lost along the way.

And once they're there, the samples would need to be stored indefinitely at cryogenic temperatures colder than even the most frigid lunar nights. To get around that, Thanga suggested using quantum levitation so that the sperm can be locked in place without freezing and damaging the metal structures around them.

All that is to say that this lunar ark would already be a highly ambitious project if it were staying on Earth. Shipping and protecting all that sperm on the Moon would be an extra challenge that will be particularly interesting to follow.