The seeds that could eventually save humanity are at risk. 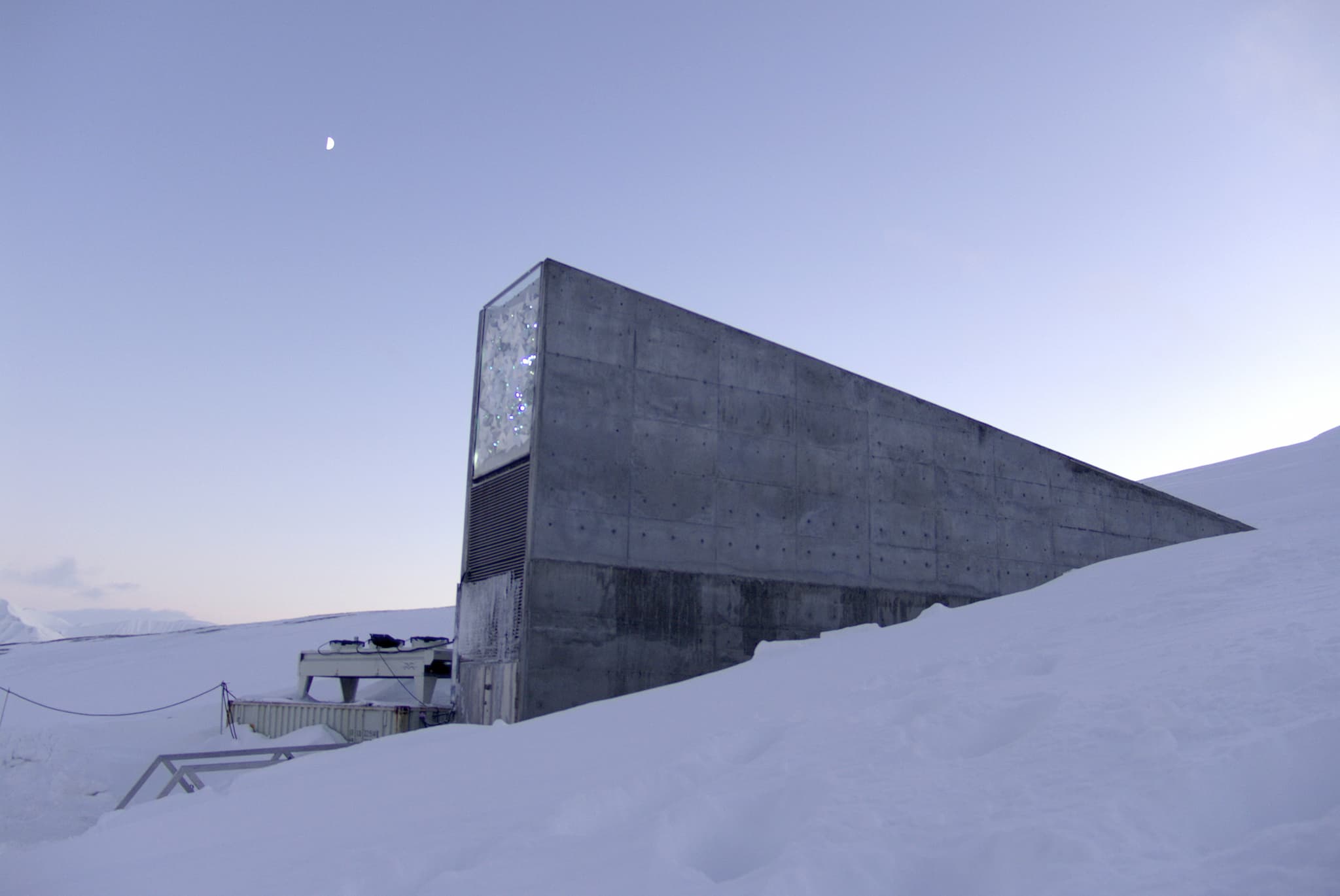 It's a sad state of affairs when a structure designed to withstand the apocalypse can't handle the current condition of our planet. The Svalbard Global Seed Vault is supposed to withstand end of the world-caliber events, but it seems that the Earth's current condition is already too much for it to handle as water from melting permafrost spilled into the entrance tunnel last week.

The flooding did not reach any of the seeds stored for safekeeping, so the vault has passed that major test. Cary Fowler, a figure instrumental in the creation of the seed vault, is confident in its ability to withstand this threat. He told Popular Science, “If there was a worst case scenario where there was so much water, or the pumping systems failed, that it made its way uphill to the seed vault, then it would encounter minus 18 [degrees celsius] and freeze again. Then there’s another barrier [the ice] for entry into the seed vault.”

The vault has already proven its usefulness when researchers in the Middle East made the first withdrawal from the backups stored at Svalbard back in 2015. They would traditionally retrieve their needed specimens from a facility in Aleppo, but instability in the city made those seeds impossible to extract. The vault provided the researchers with 116,000 samples so they could continue their research on drought-resistant crops.

Science has been warning of the dangers of global climate change for decades, and we are beginning to see the widespread results of years of inaction. Last year was the hottest on record, and 2017 looks like it will also be one for the record books.

The area housing the doomsday vault is particularly vulnerable. As Ketil Isaksen from Norway’s Meteorological Institute told Norwegian newspaper Dagbladet, “The Arctic and especially Svalbard warms up faster than the rest of the world. The climate is changing dramatically, and we are all amazed at how quickly it is going.”

Truly, this breach says more about the state of the planet than it does the vault's construction. The structure is meant to be a stronghold to protect plant life in their seed form to ensure the survival of crop diversity, and even it can't keep up with global warming.

To mitigate these effects, Norway is working on making some improvements to the area surrounding the vault to ensure proper drainage away from it. As Åsmund Asdal at the Nordic Genetic Resource Centre told The Guardian, "We have to find solutions. It is a big responsibility and we take it very seriously. We are doing this for the world. This is supposed to last for eternity.”

Systemic changes across the entire globe are the only real way to not only ensure the safety of the stored seeds but also lessen the probability that we'll need to call upon the vault's services.

Read This Next
Sun Shield
Scientists Increasingly Calling to Dim the Sun
Coastal Chaos
The Doomsday Glacier Is Hanging on "By Its Fingernails," Scientists Say
Dry Dock
The Top 13 Wildest Objects That Terrible Droughts Have Revealed
Harambe 2.0
Freya the Boat-Climbing Walrus Euthanized Because of Stupid Humans
Disease Dilemma
Study: Climate Change Making More Than Half of Infectious Diseases Far Worse
More on Earth & Energy
Oversharing 101
Monday on the byte
Bill Gates Reflects on Drinking Product of Fecal Sludge
Battery Powered
Nov 17 on the byte
Startup Says It's Building a Giant CO2 Battery in the United States
Monkey Business
Nov 15 on the byte
Meal Kit Giant Accused of Using Monkey Labor to Source Coconut Milk
READ MORE STORIES ABOUT / Earth & Energy
Keep up.
Subscribe to our daily newsletter to keep in touch with the subjects shaping our future.
+Social+Newsletter
TopicsAbout UsContact Us
Copyright ©, Camden Media Inc All Rights Reserved. See our User Agreement, Privacy Policy and Data Use Policy. The material on this site may not be reproduced, distributed, transmitted, cached or otherwise used, except with prior written permission of Futurism. Articles may contain affiliate links which enable us to share in the revenue of any purchases made.
Fonts by Typekit and Monotype.