Norway's "Doomsday" Seed Vault Is Getting a $13 Million Upgrade

The vault stores samples of more than 850,000 plant species in case of an environmental crisis. 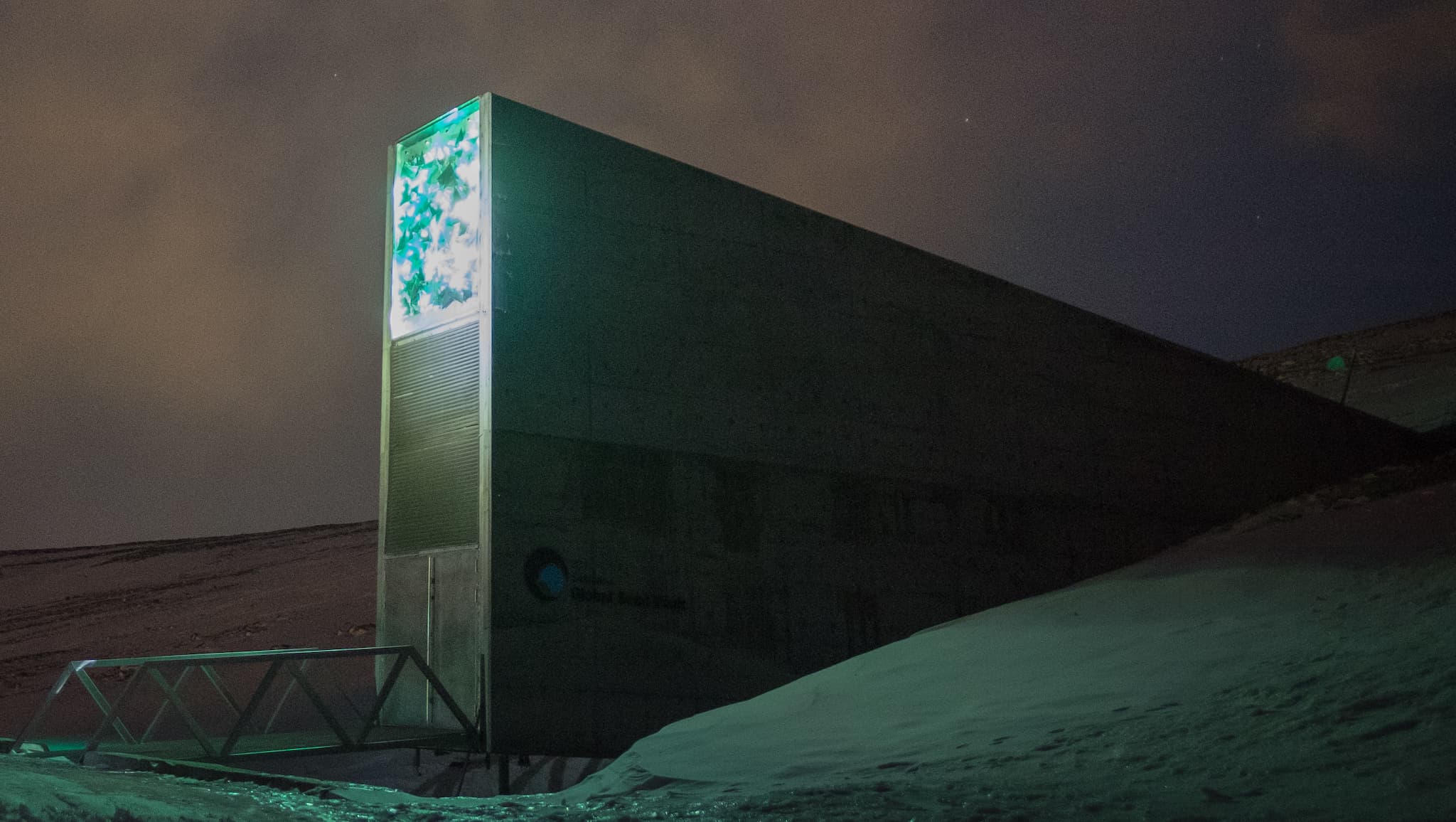 Fans of real-time space strategy game Stellaris may be familiar with a moment in the game when an elder alien civilization volunteers to "preserve" your in-game species by curating some of your adult population into vaults. Well, in real life, there's actually something quite similar to this — except it's not meant for preserving fully grown sentient species.

On an island by the Arctic boundaries of Norway, the Svalbard Global Seed Vault (SGSV) has been keeping seeds samples from every part of the world since 2008 — just in case. This "doomsday vault" serves as a huge cold-storage unit for more than 850,000 seed samples, according to the Public Radio Institute, which are kept at about -18 °C (-3 °F). It serves as a backup for the other 1,750 seed banks all over the planet, each designed for food security.

Perhaps you're wondering if this seed vault has ever been useful. Well, in 2015, some 116,000 seed samples in the SGSV were transferred to a seed bank in Aleppo that had been damaged by the recent Syrian Civil War. Two years later, the seeds were grown and new samples were sent back for storage at the SGSV.

To ensure that the SGSV can continue to provide such aid in times of crisis, it will soon be getting much-needed upgrades worth almost $13 million (100 million NOK), according to Norway's Agriculture Ministry. Some time late in 2016, the seed vault was damaged by an unexpected permafrost thaw, which caused flooding into the vault's tunnel entrance.

"The project includes the construction of a new, concrete-built access tunnel, as well as a service building to house emergency power and refrigerating units and other electrical equipment that emits heat through the tunnel," the government stated.

It's been a decade since the vault had been constructed, so it's really due for some upgrades. These will allow the SGSV to continue preserving humanity's food supplies, as Norwegian agriculture and food minister Jon Georg Dale said.

It "will ensure that the Svalbard Global Seed Vault can continue to offer the world's gene banks a secure storage space in the future," Dale explained in the government statement. "It is a great and important task to safeguard all the genetic material that is crucial to global food security."

Read This Next
Futurism
Norway Just Added 50,000 More Seeds to Its "Doomsday Vault"
More on Future Society
Gas Giant
Yesterday on the byte
Journalist Eats Lab-Grown Chicken, Gets "Weirdly Gassy"
Musk Rats
Thursday on the byte
Twitter Is Quietly Re-Suspending the Lunatics Elon Musk Let Back On
Going Wireless
Wednesday on futurism
Hackers Took Over a Subdomain of Wired.com for Several Months and Replaced It With Sleazy Online Casino Content
READ MORE STORIES ABOUT / Future Society
Keep up.
Subscribe to our daily newsletter to keep in touch with the subjects shaping our future.
+Social+Newsletter
TopicsAbout UsContact Us
Copyright ©, Camden Media Inc All Rights Reserved. See our User Agreement, Privacy Policy and Data Use Policy. The material on this site may not be reproduced, distributed, transmitted, cached or otherwise used, except with prior written permission of Futurism. Articles may contain affiliate links which enable us to share in the revenue of any purchases made.
Fonts by Typekit and Monotype.