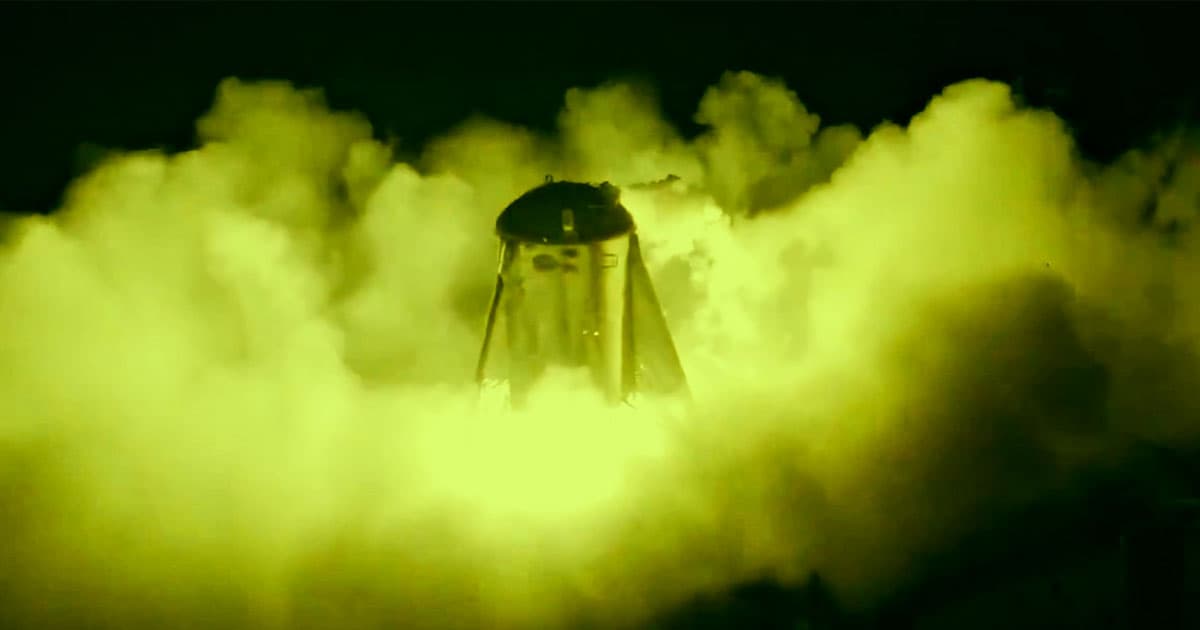 You Say How High

SpaceX "Starhopper" Will Attempt Longest Flight Yet This Weekend

SpaceX has scheduled the next test flight of its Starship prototype Starhopper for this weekend, according to SpaceNews senior writer Jeff Foust. Acording to SpaceX CEO Elon Musk, the test craft will attempt to reach an altitude of 650 feet.

The Federal Aviation Administration (FAA) published a flight restrictions notice for the area starting on Friday and ending Monday morning.

"Just spoke with FAA, so hopefully yes," Musk responded on Friday when asked on Twitter whether the craft would fly this weekend.

The news comes after Starhopper completed its first untethered test flight on July 25. But testing hasn't always gone smoothly. SpaceX had to abort Starhopper's first flight test due to a giant fireball engulfing the craft during a static fire test.

If all goes well, Starship could one day haul 100 tons of cargo or up to 100 passengers to faraway destinations including the Moon and Mars.

But Starhopper features just one out of the six Raptor engines that'll eventually propel it into space. In June, representatives for the space company suggested that the first commercial mission for Starship could take place as soon as 2021.

More on Starhopper: SpaceX Just Flew Its Starship Prototype Without a Tether