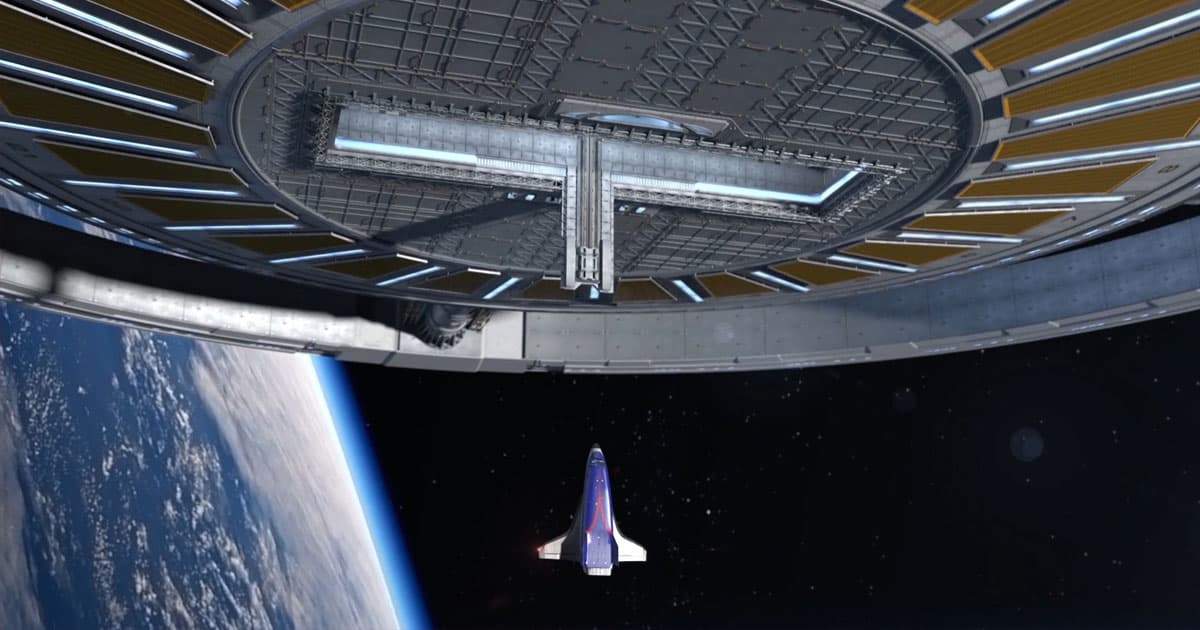 They say it'll be like a luxurious cruise ship. And for some reason it'll be named after an infamous Nazi rocket scientist.

They say it'll be like a luxurious cruise ship. And for some reason it'll be named after an infamous Nazi rocket scientist.

A startup called the Gateway Foundation has plans to launch a luxury hotel in outer space and name it the Von Braun Space Station in honor of the Nazi rocket scientist who first imagined the concept in the 1950s.

The plan is to launch a modular space station made of two rotating concentric rings that the company claims would provide artificial gravity one-sixth as strong as Earth's by 2025, according to Big Think. It's an ambitious timeline that relies on a number of moving parts all working perfectly, but if the project somehow comes together, it could herald a new era of consumer-friendly space travel.

The ickiness of the name notwithstanding, the Von Braun Space Station is meant to be more like a cruise ship than a sterile research outpost like the International Space Station, Gateway Foundation senior design architect Tim Alatorre told Dezeen.

He envisions a cushy space travel experience with bars and restaurants. That creates extra logistical challenges that haven't yet been tackled by the space industry, like figuring out how to deal with kitchen exhaust.

Alatorre said that the Gateway Foundation hopes to have 100 visitors every week starting in 2025 after space robots finish assembling the orbital station. But that means someone else needs to build space construction robots, as well as a spacecraft that can transport civilians to space en masse.

"Eventually, going to space will just be another option people will pick for their vacation," Alatorre told Dezeen, "just like going on a cruise, or going to Disney World."

More on space travel: Two Space Hotels Could Open as Early as 2021