Two Space Hotels Could Open as Early as 2021 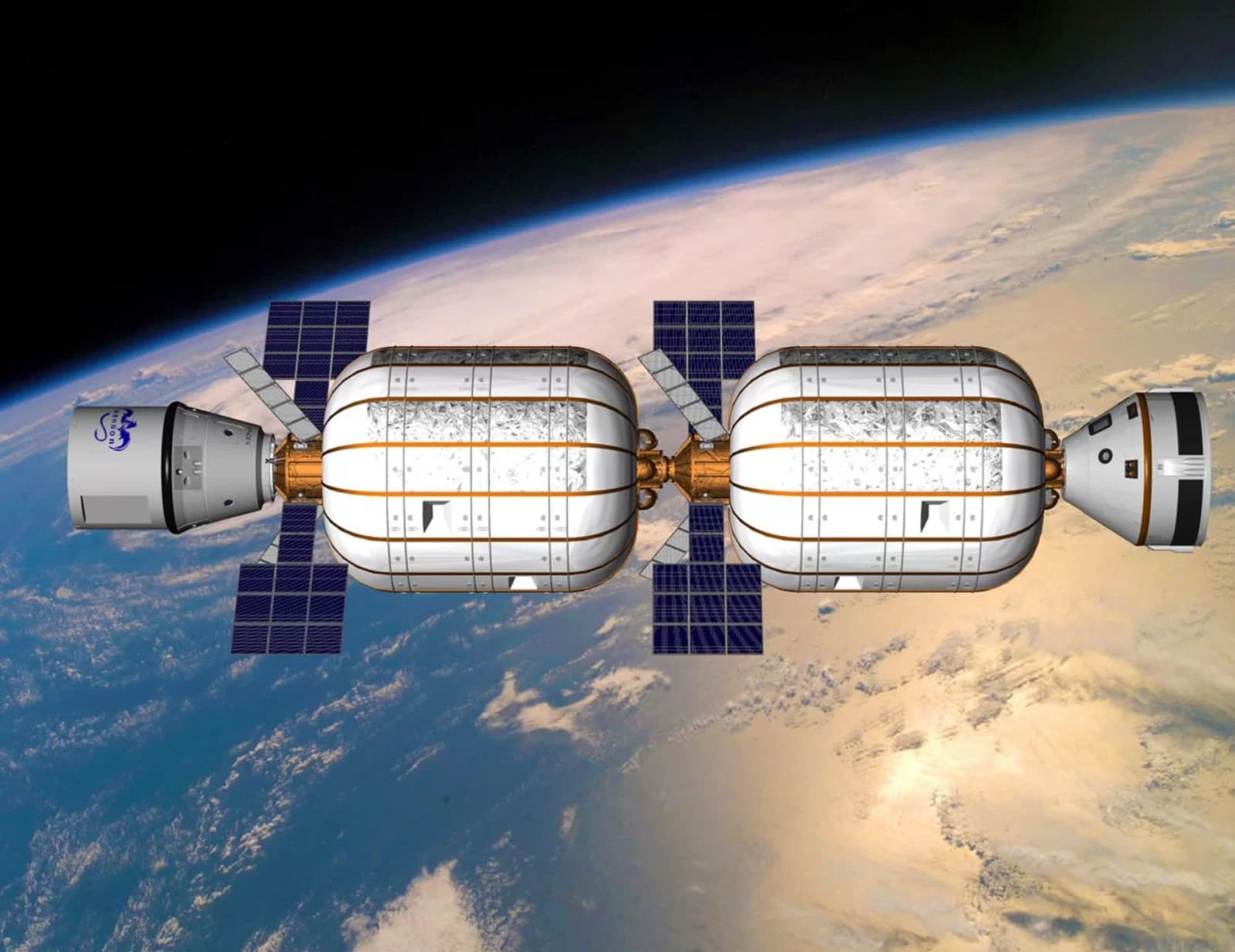 Since its founding in 1999, Bigelow Aerospace has focused on building inflatable space modules that provide habitats in low-Earth orbit with more breathing room. Now, the Las Vegas-based space company has launched Bigelow Space Operations (BSO), a spinoff venture dedicated to marketing and operating these inflatable space habitats, which could be used as space hotels.

According to a BSO press release, the company's first objective is to quantify the market for orbiting stations. They will spend millions of dollars in 2018 alone to detail the opportunities available on the global, national, and corporate level.

BSO will also market and operate the two B330 inflatable space habitats Bigelow plans to launch by 2021. Both the B330-1 and the B330-2 are designed for low-Earth orbit, and each is capable of housing up to six people inside its 330 cubic meters (nearly 12,000 cubic feet) of expandable space.

Each of the B330 habits is nearly one-third of the volume of the International Space Station (ISS), and as Blaire Bigelow, VP for corporate strategy at Bigelow Aerospace, told The Verge, the company wants to make them available as "on orbit space for science and research at much a lower price than ISS." Bigelow believes this accessibility to low-Earth orbit could help foreign nations jumpstart their own space programs.

In 2016, NASA attached another of Bigelow Aerospace's inflatable space modules, the Bigelow Expandable Activity Module (BEAM), to the ISS, and in 2017, the space agency decided to extended the BEAM contract for an additional three years. The partnership between Bigelow and NASA shouldn't come as a surprise since the company's founder, Robert Bigelow, first got the idea of an inflatable habitat from NASA's own TransHAB project back in 1999.

Bigelow has their sights set far beyond NASA, though. It's not difficult to imagine the company's inflatable space habitats eventually used as space hotels for the growing low-Earth orbit space economy. The industry could be the next big thing, and companies such as Jeff Bezos' Blue Origin, Richard Branson's Virgin Galactic, and Elon Musk's SpaceX are eager to open up space to a wider and more public market.

Bigelow could have an edge over these competitors, though. While the rest focus on designing and building spacecraft to take people on a near-Earth orbit journey, Bigelow is focused on creating a more permanent structure that could actually be cheaper and more accessible to the large segment of the population that isn't involved in science.

Indeed, the only thing better than taking trips through space could be checking into space hotels that are actually floating around out there. With BSO, we could have the chance to do just that sooner than expected.

Read This Next
Billionaire Space Club
Man Getting Paid to Fly Rich Guys to Space Says Don't Worry, They're Not Just Idle Tourists
Billionaire Blast Off
Billionaire Says He's Buying SpaceX Launches for "Private Space Program"
Lucky Bastard
Billionaire Space Tourist Basically Says "Let Them Eat Cake"
Maiden Voyage
Check Out How Stoked This Billionaire Is to Leave Our Dying Planet
Futurism
How to Talk to Your Family About Space Tourism
More on Off World
TMNT
Jul 1 on the byte
Chunky Turtle Spotted Near NASA's Mega Moon Rocket
Cloud Spotting
Jun 30 on the byte
NASA Needs Your Help Spotting Clouds On Mars
Rolling Coal
Jun 29 on futurism
Space Travel Will Absolutely Gut the Environment, Scientists Warn
READ MORE STORIES ABOUT / Off World
Keep up.
Subscribe to our daily newsletter to keep in touch with the subjects shaping our future.
+Social+Newsletter
TopicsAbout UsContact Us
Copyright ©, Camden Media Inc All Rights Reserved. See our User Agreement, Privacy Policy and Data Use Policy. The material on this site may not be reproduced, distributed, transmitted, cached or otherwise used, except with prior written permission of Futurism. Fonts by Typekit and Monotype.