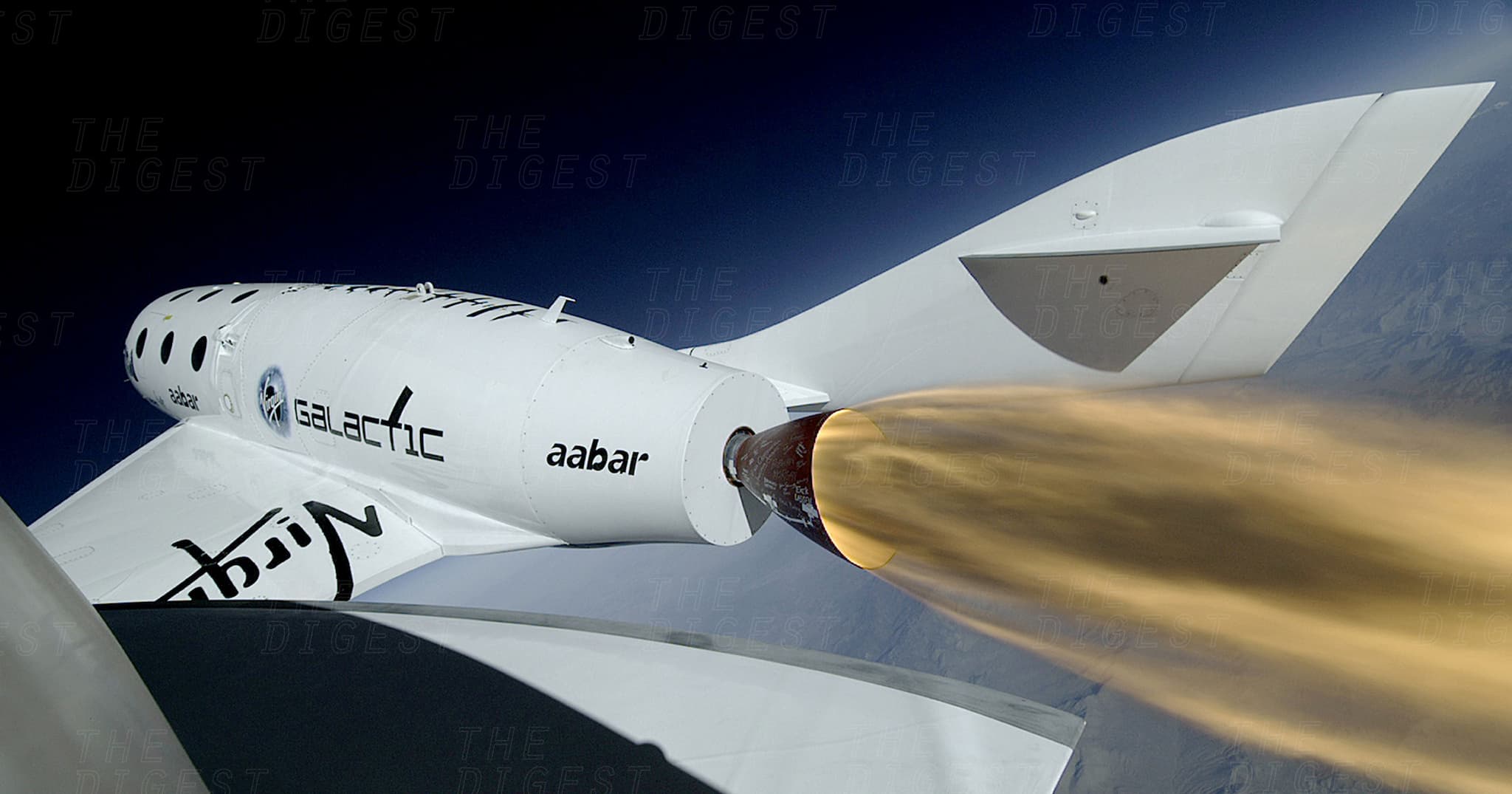 Surprise! Virgin Galactic Just Did A Test Launch of Its SpaceShipTwo Spaceplane

This was its third powered test flight.

This was its third powered test flight.

EARLY MORNING SURPRISE. At around 6 AM PT Thursday morning, Virgin Galactic, the aerospace company founded by Richard Branson, took to Twitter to casually announce plans to test one of its SpaceShipTwo (SS2) spaceplanes.

Roughly three-and-a-half hours later, the spaceplane, named the VSS Unity, took off from the Mojave Air and Space Port in Mojave, CA. About 20 minutes after that, it touched down. No livestream, no press release — just a dozen or so Twitter posts, and it was over.

SUPERSONIC SPACEPLANE. Launching a SS2 is pretty different from a typical rocket launch. Instead of launching vertically, a jet-powered craft called a White Knight Two (WK2) takes off horizontally like a plane, carrying a SS2 up to its launch altitude of 15 kilometers (9.4 miles). The SS2 then separates from the carrier vehicle and flies into the upper atmosphere. Both craft later landing on a runway just like planes.

For Thursday's launch, the WK2 was named VMS Eve. This was VMS Eve's 252nd flight and VSS Unity's 14th, but it was only the third rocket-powered test flight for VSS Unity (in some test flights, it never separated from its carrier; in others, it separated but didn't ignite its engines, simply gliding without power). According to Virgin Galactic's Twitter posts, the goal of today's test was to "gather more data on supersonic flight, aerodynamics, as well as thermal dynamics," as well as analyze the conditions within Unity's cabin.

ONE LAUNCH CLOSER. On Wednesday, Bloomberg published a video interview with Virgin Galactic CEO Richard Branson in which he asserted the company is closing in on its goal of sending people to space. "Before the end of the year, I hope to be sitting in a Virgin Galactic spaceship, going to space," he told interviewer David Rubenstein. If and when that happens, expect to hear a lot about it.

More on the SS2: Virgin Galactic Just Successfully Tested One of Their Spaceplanes

Billionaire Space Club
Man Getting Paid to Fly Rich Guys to Space Says Don't Worry, They're Not Just Idle Tourists
2. 28. 22
Read More
Selling Seats
Virgin Galactic Lost an Absolutely Staggering Amount of Money Last Year
2. 23. 22
Read More
Billionaire Blast Off
Billionaire Says He's Buying SpaceX Launches for "Private Space Program"
2. 16. 22
Read More
+Social+Newsletter
TopicsAbout UsContact Us
Copyright ©, Camden Media Inc All Rights Reserved. See our User Agreement, Privacy Policy and Data Use Policy. The material on this site may not be reproduced, distributed, transmitted, cached or otherwise used, except with prior written permission of Futurism. Articles may contain affiliate links which enable us to share in the revenue of any purchases made.
Fonts by Typekit and Monotype.