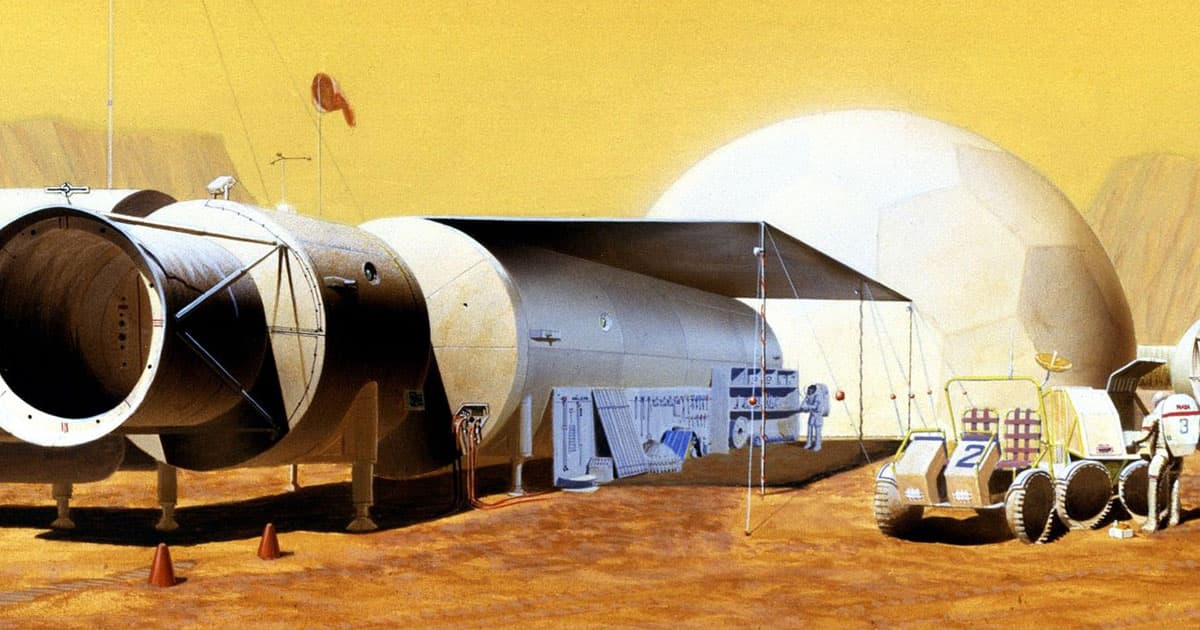 For the First Time Ever, Astronauts Mix Cement in Space

Concrete could open a lot of doors for constructing habitats in space.

Concrete could open a lot of doors for constructing habitats in space.

A team of scientists on board the International Space Station have successfully mixed cement in the microgravity of space. And that's a big deal: the material could facilitate the construction of future space stations and colonies, allowing us to establish a permanent footprint beyond the Earth.

The team mixed the basic ingredients of cement — a compound called tri-calcium silicate hydrated with a water solution — and let it harden over the course of 42 days.

"Now we know there are some differences between Earth- and space-based systems and we can examine those differences to see which ones are beneficial and which ones are detrimental to using this material in space," said principal investigator Aleksandra Radlinska, of Pennsylvania State University, in a NASA statement.

Still, questions remain. On Earth, cement powder absorbs water molecules, creating a familiar crystalline structure, but in microgravity that structure looks different. The team observed an increase in porosity of their space cement caused by microgravity — something that could affect the strength of the material.

"Even though concrete has been used for so long on Earth, we still don’t necessarily understand all the aspects of the hydration process," Radlinska said.

Since the samples were sealed inside pouches, the scientists have yet to figure out how an unprotected open-space environment will affect the hydration process.

“Now we can take next steps to find binders that are specific for space and for variable levels of gravity, from zero G to Mars G and in between," Radlinska added.

More on the ISS: Astronauts on the ISS Are About to Get Slimed — for Science