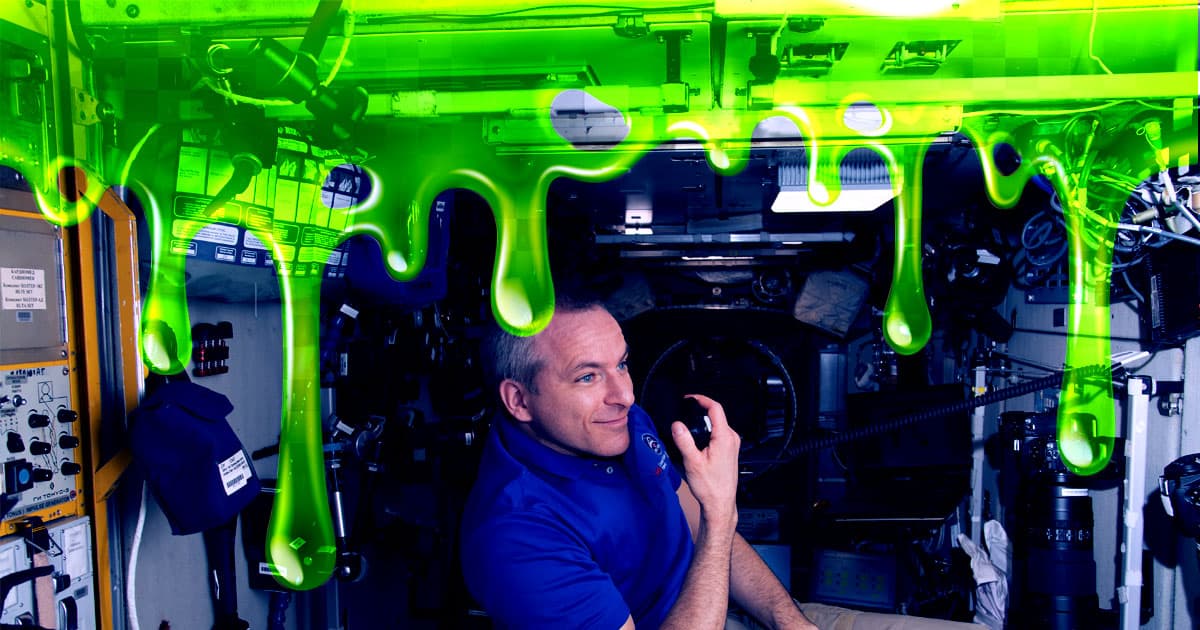 You Can't Do That in Space

Astronauts on the ISS Are About to Get Slimed — for Science

The green goo is headed to space.

The green goo is headed to space.

Nickelodeon is trying to get kids excited about STEM — by sliming some astronauts.

A batch of the green goo that first rose to fame on Nickelodeon's "You Can’t Do That on Television" TV series back in the '80s will head to the International Space Station aboard a SpaceX Dragon spacecraft expected to launch July 21.

Once on board, the slime will serve as the basis for a series of filmed experiments, which will be broadcast later via Nickelodeon’s television and streaming platforms.

According to principal investigator Mark Weislogel, the experiments won't be on quite the same level as those typically conducted aboard the ISS — instead, they'll target an elementary and middle school audience.

"The content is meant to spark an interest in microgravity research," Weislogel said in statement, "and help students learn about STEM topics such as fluid flow and materials engineering."

The ISS astronauts will get a chance to have a little fun with the slime, too, according to a CNET story — by playing slime pong with paddles, tossing around slime-filled balloons, and, of course, spraying the green goo at each other.

READ MORE: SpaceX is going to deliver Nickelodeon slime to the space station for science [CNET]

More on the ISS: Astronauts Are Planning to Bake Cookies on the Space Station