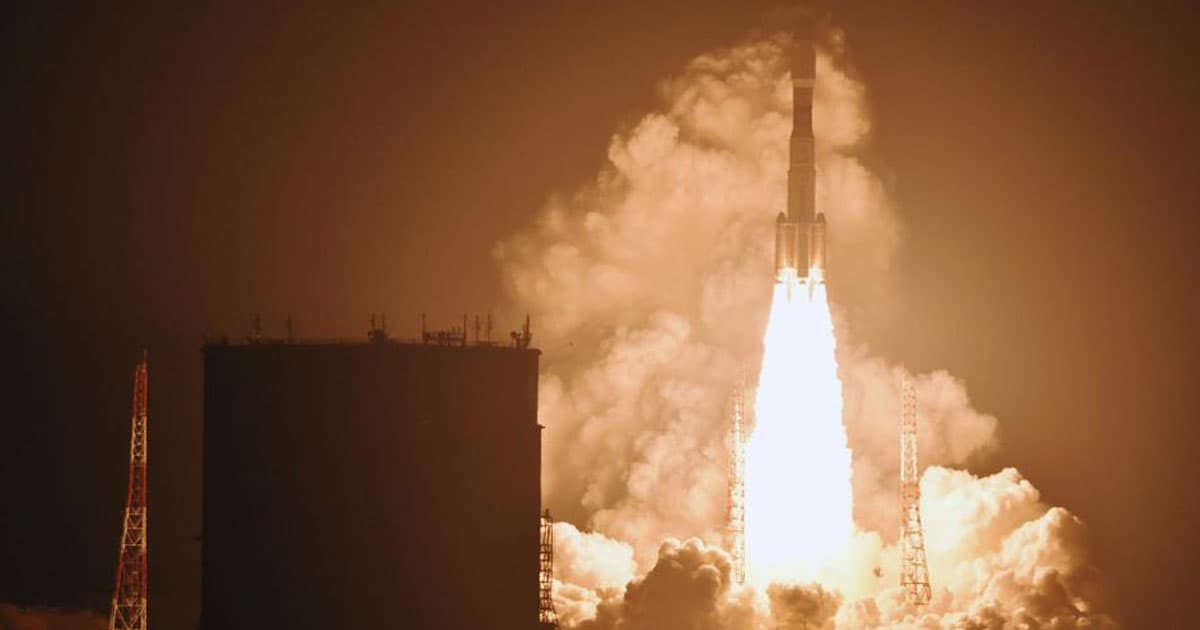 "Now we are trying to extinguish a fire."

"Now we are trying to extinguish a fire."

"Today’s launch is postponed because we found a fire around the hole at the deck of the mobile launcher at 3:05 a.m. JST (2:05 p.m. EDT/1805 GMT)," the rocket's manufacturer, Mitsubishi Heavy Industries (MHI), tweeted. "Now we are trying to extinguish a fire."

The Japanese rocket was already fueled and on the pad at Tanegashima Space Center when officials discovered the fire. About two hours later, JAXA and MHI reported that the fire was out, and a Kyodo News report published on Wednesday brought more good news.

"We have assessed the damage to the rocket and launch pad to be minor," MHI told the Japanese news agency, "making it possible to prepare the rocket for a new launch in around a week."

The HTV-8 cargo ship atop the Japanese rocket was supposed to deliver four tons of cargo to the International Space Station, including supplies and water. Thankfully, according to NASA, the crew aboard the ISS won't suffer from the delayed delivery.

"The astronauts are safe aboard the station and well supplied," the agency wrote in a launch update on Tuesday.

More on the ISS: Watch Russia’s Gun-Toting Robot Use a Power Drill on the ISS