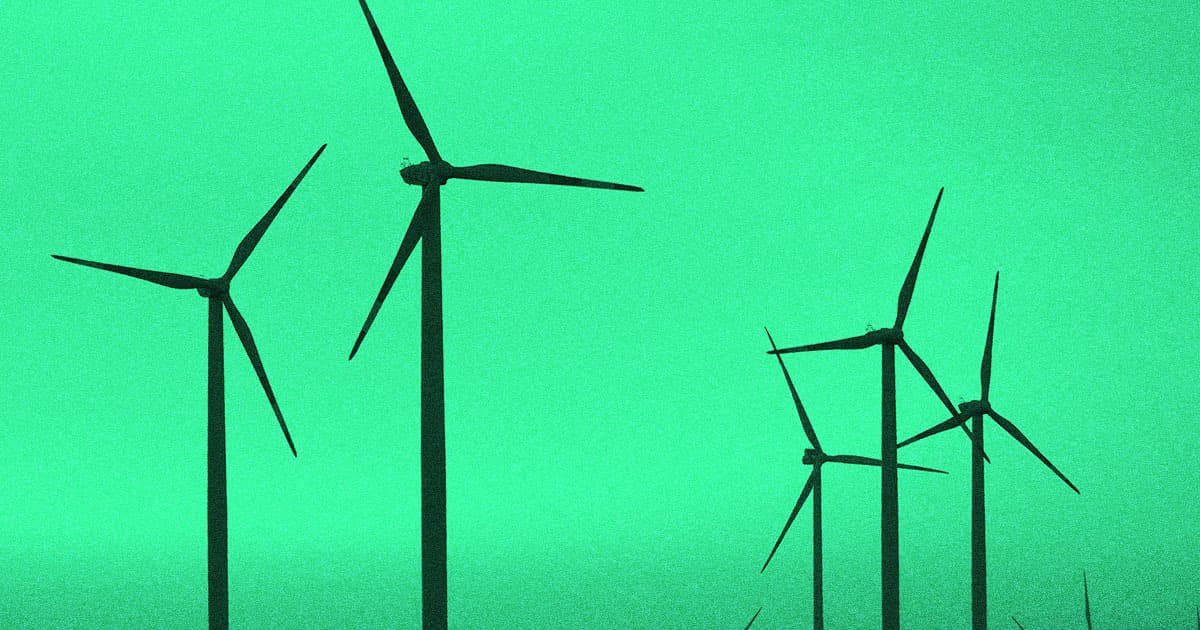 It stores ordinary air at such a high pressure that it becomes a liquid — then blasts it out to generate power.

It stores ordinary air at such a high pressure that it becomes a liquid — then blasts it out to generate power.

A team in the United Kingdom has started work on what the BBC reports is the world's first facility to store energy as highly compressed air.

The 50 megawatt plant will take excess power from wind farms and use it to store ordinary air at pressures so great that it will become a liquid. Then, during periods of peak demand, they'll warm the stored air up and use it to power a turbine that pumps electricity back into the grid.

Inventor Peter Dearman told the BBC that the system, which we first covered before the team broke ground, is between 60 and 70 percent efficient. That's worse than a battery, but he predicted they'll be able to easily scale the system by adding more tank volume.

"Batteries are really great for short-term storage," Dearman told the broadcaster. "But they are too expensive to do long-term energy storage. That's where liquid air comes in."

The system calls to mind similar experiments, like a prototype in India that stores energy by lifting heavy bricks and discharges it by lowering them.

"It's very exciting," he told the BBC. "We need many different forms of energy storage — and I'm confident liquid air will be one of them."

More on air: This Startup Says It Can Create “Meat” Out of Thin Air