New Catalyst Lets Us Store the Power of the Sun

It splits water into oxygen and hydrogen three times faster than the previous record-holder. 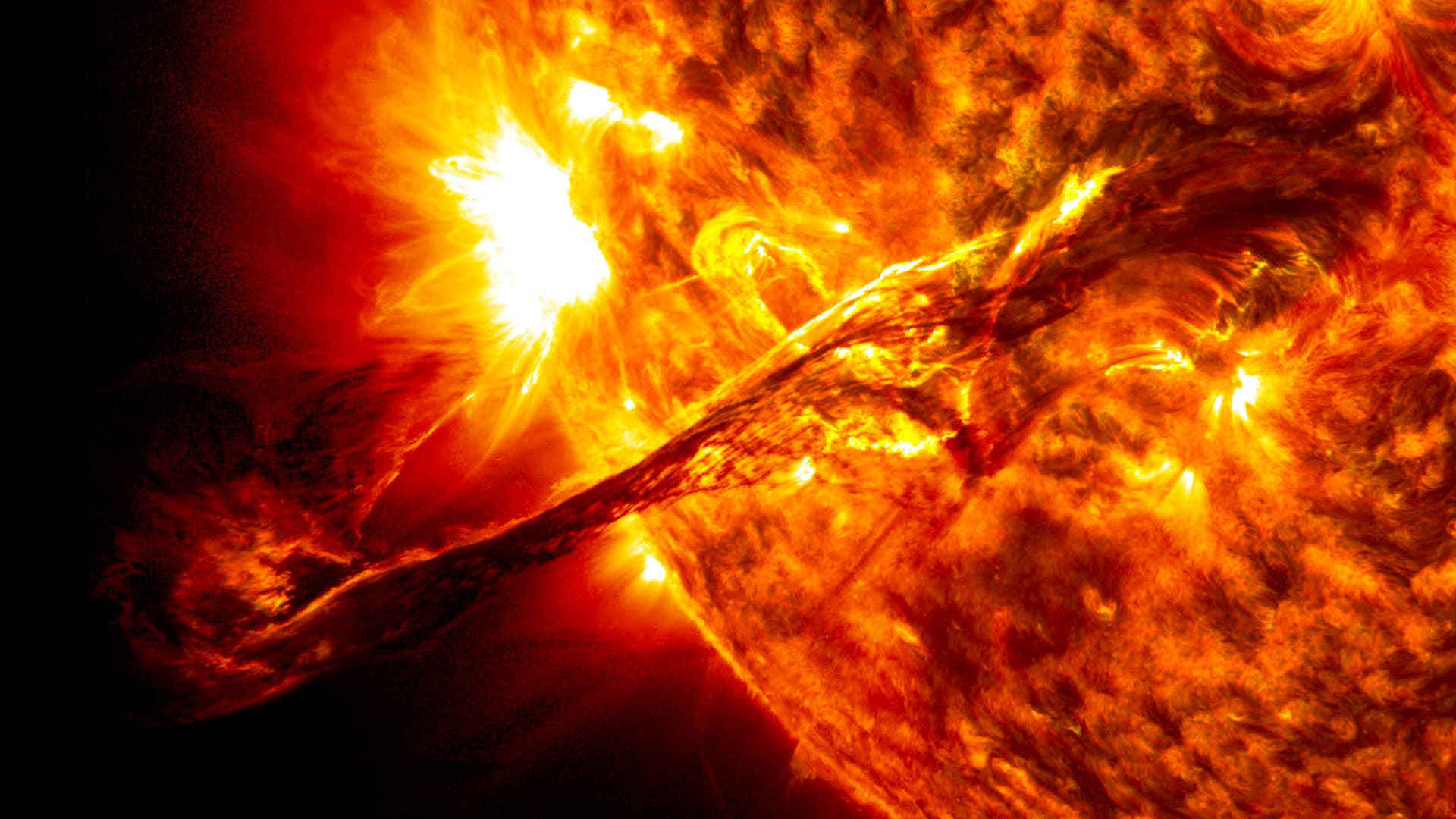 One of the problems with using renewable energy sources is that you’re overly dependent on the fickle whims of weather. Drawing power from the Sun is fine, but what happens when it’s overcast? Or, if using wind energy, what do you do when the breezes are unusually still?

But if one could store excess power generated during especially sunny days, or on very windy days, then one could tap into these sources whenever they are needed—effectively erasing the advantage held by such on-demand energy sources such as nuclear power and other nonrenewable energies.

There’s an ingenious way to accomplish this power storage—use the electricity produced by solar or wind action to fuel an 'electrolytic reaction,' essentially to “crack” water into its component atoms of oxygen and hydrogen; the hydrogen can then be set aside as a reserve fuel source.

Now, a team of scientists from the SLAC National Accelerator Laboratory and the University of Toronto have taken a major step to making this process easier and more efficient. Using SLAC’s powerful computers, they’ve designed an electrolytic catalyst that’s three times more effective than previous ones.

The key lay in boosting the efficiency of a moderately effective, iron-and-cobalt catalyst through the simple addition of tungsten. It sounds simple enough in theory, but more difficult in practice. The computer simulations showed that it was necessary to thoroughly mix the three elements in the catalyst in order to to maximize activity at the reaction surfaces.

The team achieved this mixture by dissolving the three metals into a solution and letting it settle into a gel at room temperature, all the while ensuring that the metal atoms didn’t cluster together. Finally, the gel was dried into a powder whose extreme porousness increased the surface area available for catalytic reactions. The new catalyst generated oxygen three times faster than earlier versions, and perhaps most notably, it could do so through hundreds of reactions.

“It’s a big advance, although there’s still more room to improve,” said Edward H. Sargent, professor of electrical and computer engineering at the University of Toronto and a member of the team.  “And we will need to make catalysts and electrolysis systems even more efficient, cost effective and high intensity in their operation in order to drive down the cost of producing renewable hydrogen fuels to an even more competitive level.”

However, this is a grand step forward for energy and a sustainable future.

Read This Next
FROM THE DEPT. OF THINGS TO BUY
The Best Solar Batteries of 2023
FROM THE DEPT. OF THINGS TO BUY
The Best Solar Panels for 2023
Futurism
Elon Musk: The Model 3 Will Incorporate Tesla's Solar Roof Technology
Futurism
A New Age in Energy: Supercomputers Are Now Running off of Solar Power
Futurism
Sweden Tests a New "Electric Highway" in Bid to Replace Fossil Fuels
More on Robots & Machines
From the Dept. of...
12:00 AM on futurism
The Best Desks of 2023
From the Dept. of...
Feb 4 on futurism
The Best Modems for Gaming in 2023
Balloon Pop
Feb 4 on the byte
Footage Shows Chinese Balloon Being Shot Down
READ MORE STORIES ABOUT / Robots & Machines
Keep up.
Subscribe to our daily newsletter to keep in touch with the subjects shaping our future.
+Social+Newsletter
TopicsAbout UsContact Us
Copyright ©, Camden Media Inc All Rights Reserved. See our User Agreement, Privacy Policy and Data Use Policy. The material on this site may not be reproduced, distributed, transmitted, cached or otherwise used, except with prior written permission of Futurism. Articles may contain affiliate links which enable us to share in the revenue of any purchases made.
Fonts by Typekit and Monotype.