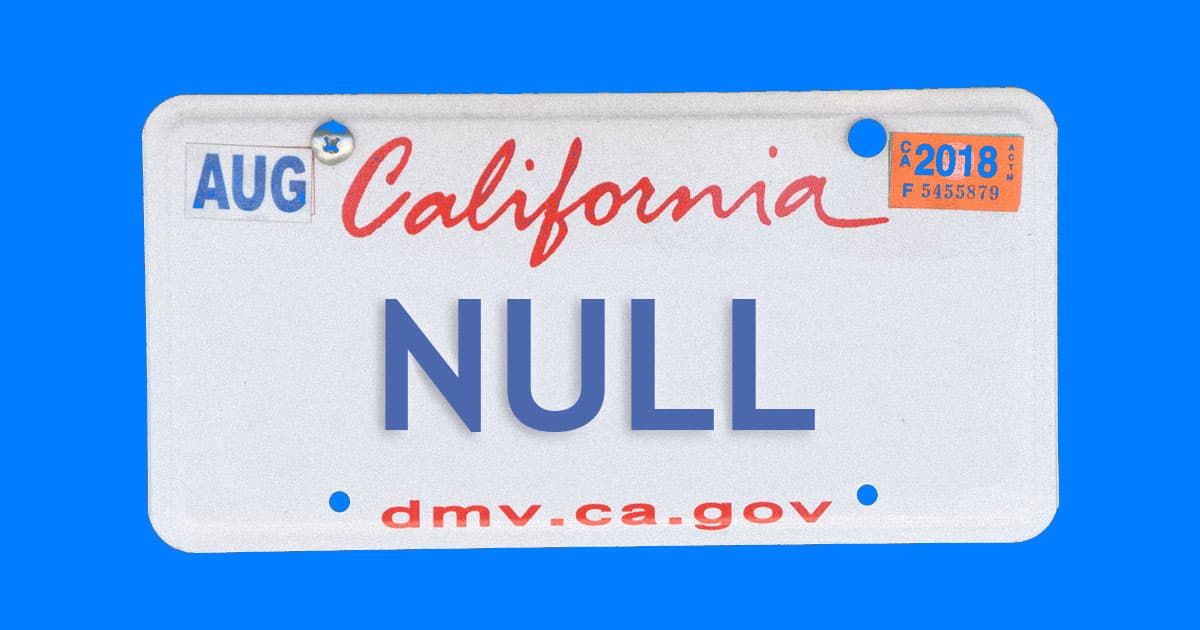 His plan worked, sort of — the NULL plates definitely caused a problem within the system. But they also caused a citation processing center to send the guy, who goes by "Droogie" in the cybersec community, $18,000 worth of parking tickets and other fines, according to Utah radio station KNRS. Droogie got the first wave of fines dismissed — but his attempt to game the system provides a whimsical warning against throwing a wrench into the mechanism of the DMV.

Speaking at the Def Con hacking conference, Droogie explained how he hoped his NULL license plates would make it impossible, or at least difficult, for cops to give him a ticket, since they wouldn't be able to enter the ticket into their system.

But it didn't quite work that way. It turns out that when a ticket is entered into the system for a car with unknown license plates, the field on the form reads "NULL." Since there was suddenly a car registered with those exact plates, $12,000 worth of unpaid tickets all got mailed to Droogie's door, per KNRS.

The DMV eventually dismissed the fines, but since he's still using those plates, Droogie has already amassed another $6,000 worth of other people's tickets.