Obama: “The Trend Toward Clean Energy is Irreversible”

This is the end of fossil fuels. 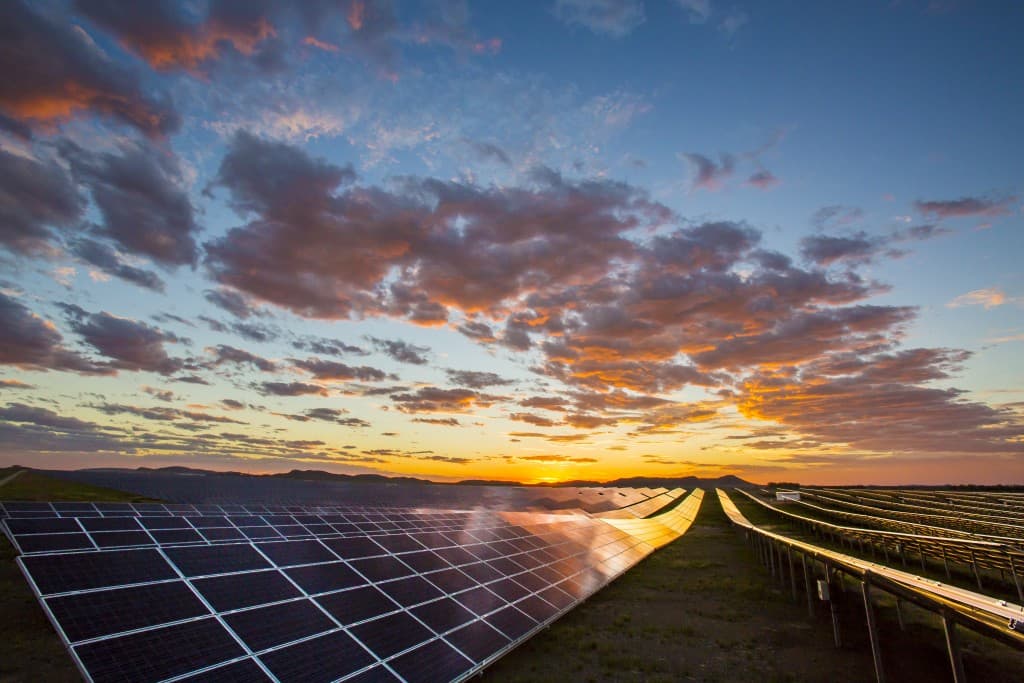 Words to the Wise

On Monday, the journal Science published an article by President Barack Obama—which is newsworthy enough, since sitting presidents aren’t accustomed to penning pieces for scientific publications.

The article itself is something of an encomium for the president’s energy policy during the last eight years, but it succinctly argues a point that has already made headlines: namely, his belief that global technological advances and market forces—to say nothing of cultural and social shifts—have imparted an irreversible momentum to the trend toward clean energy.

“[T]he mounting economic and scientific evidence,” President Obama writes, “leave me confident that trends toward a clean-energy economy that have emerged during my presidency will continue and that the economic opportunity for our country to harness that trend will only grow.”

It’s an important argument, with far-reaching implications for the future, and it bears a closer examination.

The president contends that CO2 and greenhouse gas (GHG) emissions by the energy sector have finally been “decoupled” from economic growth; in other words, that societies are no longer faced with the insupportable dilemma of having to accept economic decline and lower standards of living in order to reduce emissions.  This economic reality has formed the greatest barrier to the self-imposition of limits on carbon emissions.

The use of fossil fuels has always been predicated on their cheapness and widespread availability—a low-cost means of fueling economic growth.  But it seems now that emissions can remain flat while the global economy continues to grow, a historic turning-point in the economics of renewable energy.  Fossil fuels will remain a cheap source of energy for a while yet; but they’re not inexhaustible, and access to them is vulnerable to the fickle winds of geopolitics, which makes them highly unattractive as a future energy source.

And that is where technology has its crucial part to play.  For the first time in history, renewable technology has finally become competitive with non-renewables.  Solar energy has now undercut fossil fuels to become the cheapest source for new energy; offshore wind farms are sprouting around the world, from Rhode Island to Scotland; and a host of new technologies and industries are generating what’s being heralded as the “Fourth Industrial Revolution.”

On the other hand, we also have a number of subsidiary technologies that make use of cleaner or more efficient energy.  Electric vehicles are more widespread and cost competitive than ever, with studies estimating that nearly the entire fleet of gas-guzzlers on the road today could be replaced with presently available electric cars.

Tesla’s line of electric cars is now complemented by a solar energy “ecosystem”—a kind of closed energy loop that uses energy storage batteries and solar power roof tiles to render a user virtually independent of the energy grid.  Meanwhile, energy-hungry companies like Google and Facebook are pledging to go renewable, and aerospace conglomerations are looking to switch to the use of biofuels.

The Winds of Change

All of this serves to underscore the president’s point: ineluctable market forces are dictating the future energy economy, largely because technology is rewriting the terms of the equation.

Consider this: in the 20th Century, access to cheap fossil fuels was crucial to keep the wheels of industry spinning, to inject lifeblood into burgeoning economies, to power vehicle traffic and logistics, and to supply power to huge cities and rural communities alike.  Now, it’s possible for a home to be almost entirely separate from the grid, powered by solar panels, and yet still have access to all the amenities associated with 21st Century living.  So the trend has been from energy centralization to decentralization—a future without a vulnerable power grid, and without energy companies monopolizing access to power.

The attraction here is irresistible, and we can only expect further improvements and innovations as consumer demand for energy independence increases; falling prices for solar, battery, and electric car technology will also accelerate the evolution away from fossil fuels.  At first, the new technologies—whether solar, wind, hydroelectric or tidal—will complement conventional sources of energy; but as investment increases and costs decrease, they will slowly supplant carbon-based energies and (hopefully) pave the way for a new energy economy of mixed renewable and fusion power by midcentury.

“It is good business and good economics to lead a technological revolution and define market trends,” President Obama writes in his article.

And the man’s got a point.  It’s likely that energy—how to acquire it, produce it, manufacture it and do so as cheaply as possible—is going to be a major issue in the coming century; perhaps it will even be the defining issue.  “[C]ountries and their businesses are moving forward,” the president observes, “seeking to reap benefits for their countries by being at the front of the clean-energy race.”

Nations like Germany and Costa Rica have already proven that it’s possible to run entirely on renewable energy, and we can expect more of the same in the coming decades.

So it makes sense for our country to lead in the 21st Century’s “Scramble for Energy.”  With all its intellectual and financial capital, together with the sizable technological lead it already possesses, the United States is poised to become the Saudi Arabia of the new energy economy.

The president concludes his analysis on a hopeful note: “Prudent U.S. policy over the next several decades would prioritize, among other actions, decarbonizing the U.S. energy system, storing carbon and reducing emissions within U.S. lands, and reducing non-CO2 emissions.”

And it seems that, between current market forces and technological advances, this will largely be the case for the foreseeable future—irrespective of administrative policy in this or any other country.

Read This Next
Solar Slay
Solar Powered Machine Turns CO2 and Waste Plastic Into Valuable Fuel
Hidden City
NYC's Greenery Eats Up All the CO2 From Its Cars, Trucks and Buses "And Then Some"
Keep Twitter Alive
Elon Musk Polled Twitter to Ask If He Should Resign, and the Results Were RESOUNDING
Lashing Out
Free Speech Absolutist Elon Musk Announces New Limits on Free Speech
Sleepless in San Francisco
Elon Musk Reportedly Building "Sad Hotel Rooms" at Twitter HQ for Exhausted Employees
More on Earth & Energy
Fly Guy
Yesterday on the byte
Bird Advocates Horrified by Pigeon Dyed Pink For Gender Reveal Party
The Dos and Do-Do...
Yesterday on the byte
Startup Backed By "Jurassic World" Producer Says It Will Revive Extinct Dodo Using Complete Genome
Shark Smile
Tuesday on the byte
Influencer Fined for Eating Endangered Great White Shark
READ MORE STORIES ABOUT / Earth & Energy
Keep up.
Subscribe to our daily newsletter to keep in touch with the subjects shaping our future.
+Social+Newsletter
TopicsAbout UsContact Us
Copyright ©, Camden Media Inc All Rights Reserved. See our User Agreement, Privacy Policy and Data Use Policy. The material on this site may not be reproduced, distributed, transmitted, cached or otherwise used, except with prior written permission of Futurism. Articles may contain affiliate links which enable us to share in the revenue of any purchases made.
Fonts by Typekit and Monotype.