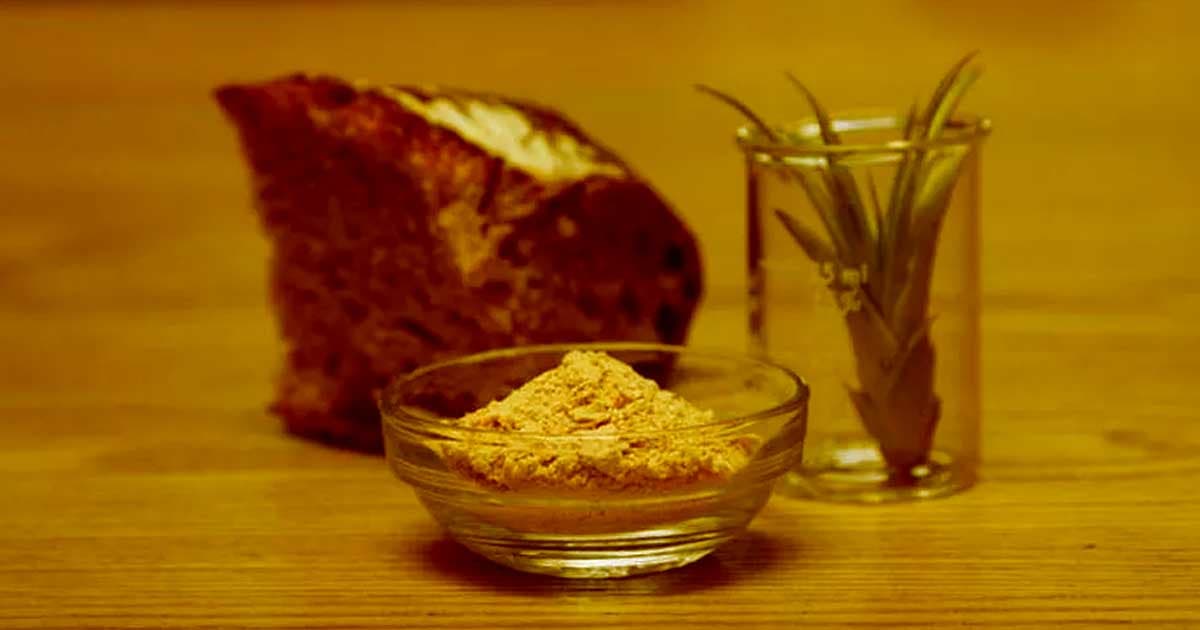 This Startup Says It Can Create "Meat" Out of Thin Air

While several startups are already selling "meat" made from plants, California's Air Protein says it's figured out how to make meat from thin air — by building on an idea NASA had in the 1960s.

According to Air Protein's website, NASA thought it might be able to use microbes called hydrogenotrophs to created a closed-loop feeding system for astronauts in space. The astronauts would breathe out carbon dioxide, which the microbes could eat and convert into nutrients that the astronauts could then eat, starting the cycle over again.

That research never made its way into space.

But Air Protein found that it could feed hydrogenotrophs a combination of CO2 and other nutrients inside fermenting units here on Earth. The result: a brown powder that might not exactly look like meat — or even taste like, well, much of anything — but that's rich in nutrients and boasts the same amino acid profile as animal meat.

The company says the process takes just days and could be the environmentally friendly alternative to traditional meat production that humanity so desperately needs.

"The world is embracing plant-based meat," CEO Lisa Dyson said in a press release shared on Tuesday, "and we believe air-based meat is the next evolution of the sustainably-produced food movement that will serve as one of the solutions to feeding a growing population without putting a strain on natural resources."

READ MORE: The vegan revolution: why the latest 'meat' is made entirely from thin air [The Guardian]

More on plant-based meat: Dunkin’ Donuts Is Rolling out Fake Meat at More Spots Than Any Other Chain

Rubber Chicken
KFC's Fake Chicken Isn't Quite as Disgusting as Everybody's Saying
1. 13. 22
Read More
Fake Meat
McDonald's Exec: "We're Keeping Our Eye" on Meatless Burgers
12. 16. 18
Read More
Brave <3
Bill Pledges to Keep Flying Private Jet While Speaking Out Against Climate Change
Yesterday
Read More
+Social+Newsletter
TopicsAbout UsContact Us
Copyright ©, Camden Media Inc All Rights Reserved. See our User Agreement, Privacy Policy and Data Use Policy. The material on this site may not be reproduced, distributed, transmitted, cached or otherwise used, except with prior written permission of Futurism. Articles may contain affiliate links which enable us to share in the revenue of any purchases made.
Fonts by Typekit and Monotype.