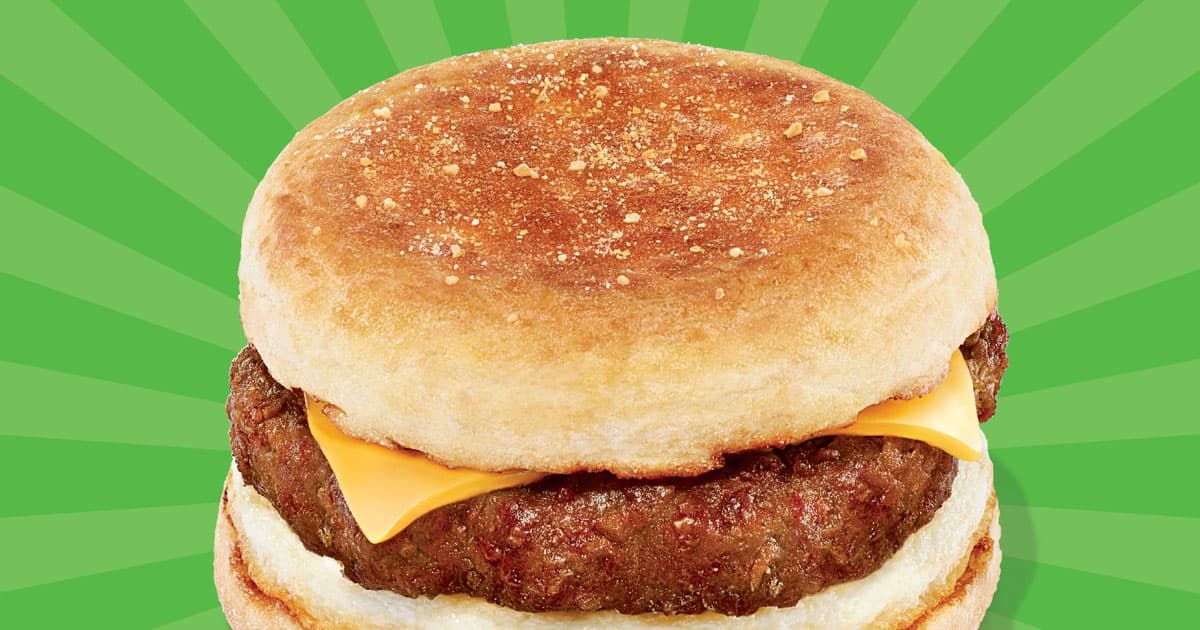 The Beyond Sausage Sandwich is headed to more than 9,000 locations.

The Beyond Sausage Sandwich is headed to more than 9,000 locations.

In July, Dunkin' Donuts began offering customers in Manhattan a breakfast sandwich featuring a Beyond Meat sausage patty made from plant-based protein.

Soon after, Dunkin' scheduled a nationwide rollout of the Beyond Sausage Sandwich for January. But customers must really be digging the sammie, because the chain has now announced it's accelerating the launch by two months — a move that will seemingly bring fake meat to more restaurant menus than any before it.

Starting November 6, customers will be able to buy the Beyond Sausage Sandwich at more than 9,000 Dunkin' Donuts locations across the United States.

That makes this rollout even more expansive than the recent partnership between Burger King and Beyond Meat competitor Impossible Foods, who teamed up to begin serving a plant-based Impossible Whopper at the fast-food chain's more than 7,000 locations in August.

For those intrigued by the faux sausage patty, but not yet willing to risk a few bucks to try it, Dunkin' is holding its "first-ever, multi-day sandwich-tasting event" on November 8 and 9.

From  8 a.m. until 10 a.m., customers at participating restaurants can receiving a free sample of the sandwich — but given the enthusiasm for other fast food launches of fake meat products, they might want to show up early as the offer is only good "while supplies last."

Going Meatless
There's a Huge, Angry Backlash Against Fake Meat
10. 8. 19
Read More
Future Meat
This Is the Biggest Thanksgiving Ever for Fake Meat
11. 22. 18
Read More
In the Future, the Meat You Eat Won't Come From Living Organisms
12. 12. 17
Read More
+Social+Newsletter
TopicsAbout UsContact Us
Copyright ©, Camden Media Inc All Rights Reserved. See our User Agreement, Privacy Policy and Data Use Policy. The material on this site may not be reproduced, distributed, transmitted, cached or otherwise used, except with prior written permission of Futurism. Fonts by Typekit and Monotype.