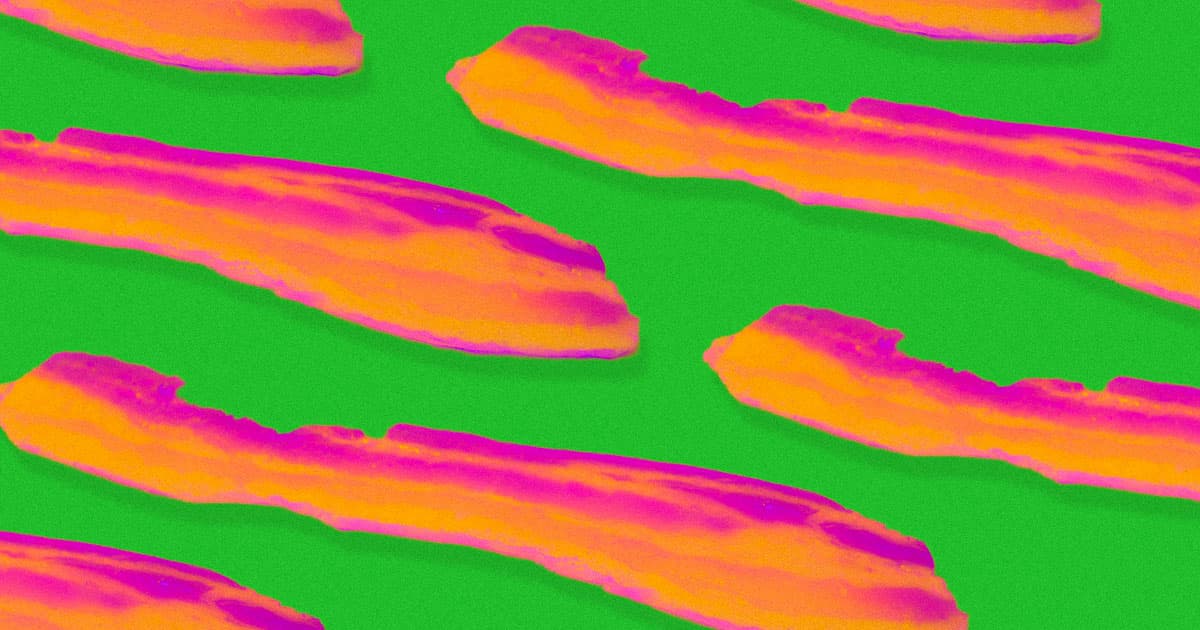 Beyond Meat is Now Coming After Your Bacon

Plant-based meat substitutes are taking over the breakfast world.

Plant-based meat substitutes are taking over the breakfast world.

Plant-based meat substitute company Beyond Meat has a new faux-meat product on the horizon: bacon.

Arguably the king of animal product-based breakfast foods, fake bacon could eventually make its way into staple breakfast menu items such as breakfast sandwiches. While industry sources told Bloomberg that a recipe for plant-based bacon is in the works, the company has yet to announce when its fake bacon will roll out.

The news comes after Canadian coffee chain Tim Hortons started serving Beyond Meat's sausages on breakfast sandwiches in thousands of its stores. A partnership with Dunkin' was also announced on Wednesday.

The industry for fake meat products is starting to heat up in earnest. Beyond Meat's stock soared by more than 550 percent in June, according to Business Insider — and is looking healthier than ever today.

Beyond Meat has a major challenge ahead of it: rather than replicating the fairly homogenous texture of ground up beef or sausage filling, bacon needs to capture a distinctive crunch and cooking pattern.

READ MORE: Beyond Meat Is Developing a Plant-Based Substitute for Bacon [Bloomberg]

Going Meatless
There's a Huge, Angry Backlash Against Fake Meat
10. 8. 19
Read More
Have It Your Way
Burger King's Impossible Whopper Is Going Nationwide on August 8
8. 1. 19
Read More
Future Meat
This Is the Biggest Thanksgiving Ever for Fake Meat
11. 22. 18
Read More
+Social+Newsletter
TopicsAbout UsContact Us
Copyright ©, Camden Media Inc All Rights Reserved. See our User Agreement, Privacy Policy and Data Use Policy. The material on this site may not be reproduced, distributed, transmitted, cached or otherwise used, except with prior written permission of Futurism. Articles may contain affiliate links which enable us to share in the revenue of any purchases made.
Fonts by Typekit and Monotype.