America is ready to bite into plant-based meat. 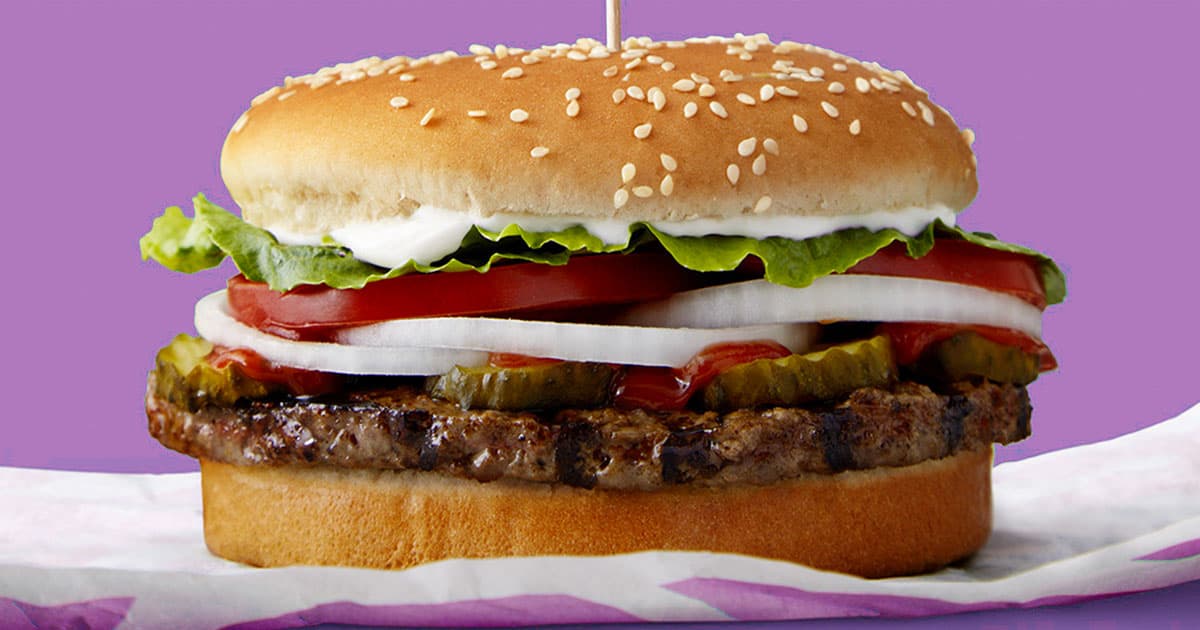 The Impossible Whopper is ready to go national.

Burger King started selling Whoppers featuring Impossible Foods' plant-based patties at its St Louis restaurants in early April. Weeks later, the company announced plans to add it to the menu in additional markets, noting that it would target a nationwide rollout toward the end of 2019 if the meatless burger did as well in those new regions as it did in St Louis.

Now, with summer not even over yet, Burger King says it's going big, adding the Impossible Whopper to the rest of its U.S. locations on August 8.

"Since we first launched our market tests in St. Louis in April, and later in six other markets across the country, we’ve heard great feedback," Chris Finazzo, President, North America, Burger King Corporation, said in a press release, adding that the burger "appeals to both current guests who are already big fans of the Whopper sandwich, as well as new guests who are excited about this new option."

It's hard to overstate what a huge deal this is for for Impossible Foods.

Just three years ago, the company's flagship Impossible Burger was only available at one restaurant — New York's Momofuku Nishi — but by July 2019, it was on the menu at more than 8,000 across the globe.

Those numbers are impressive, but Burger King has more than 7,000 locations in the U.S.

That means this one deal is going to nearly double the number of restaurants serving the plant-based patties — no surprise, then, that Impossible Foods just inked a deal with OSI Group, a major meat supplier known for producing fast food chain's patties, to help it scale up.

From August 8 until September 1, it's even offering customers the option of taking the "Impossible Taste Test," selling them both a standard Whopper and an Impossible Whopper, which normally costs $5.59 alone, for just $7 with free delivery via DoorDash.

As Finazzo told CNN Business, "We very much believe in the category" — and that belief could be enough to make plant-based meat as American as fast food fries.

READ MORE: The Impossible Whopper is coming to every Burger King in America next week [CNN]

More on the Impossible Whopper: Burger King Will Sell Meatless Whoppers Across US This Year

Read This Next
Going Meatless
There's a Huge, Angry Backlash Against Fake Meat
More on Future Society
Vatican Vagrant
Yesterday on the byte
Elon Musk Takes Flabbergastingly Awkwardly Picture With the Pope
Movie Magic
Yesterday on the byte
Robots Now Delivering VR Porn Headsets to the Terminally Lonely
McDoom
Yesterday on the byte
Sorry Folks, That Photo of Doom Running on a McDonald's Kiosk Is Fake
READ MORE STORIES ABOUT / Future Society
Keep up.
Subscribe to our daily newsletter to keep in touch with the subjects shaping our future.
+Social+Newsletter
TopicsAbout UsContact Us
Copyright ©, Camden Media Inc All Rights Reserved. See our User Agreement, Privacy Policy and Data Use Policy. The material on this site may not be reproduced, distributed, transmitted, cached or otherwise used, except with prior written permission of Futurism. Fonts by Typekit and Monotype.