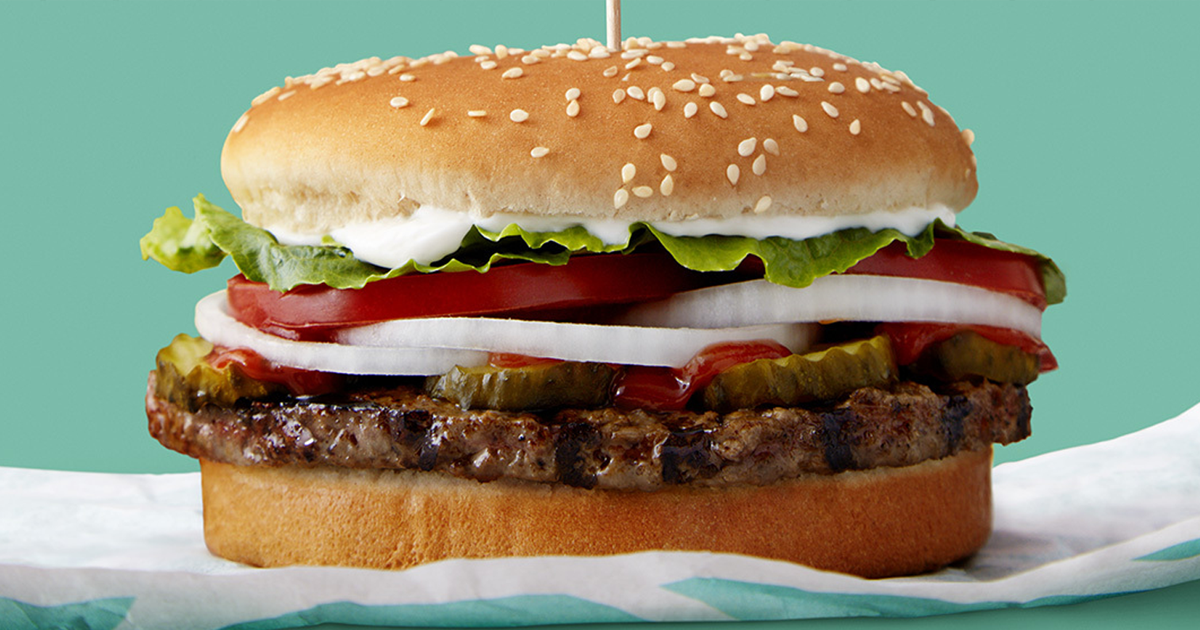 Burger King Will Sell Meatless Whoppers Across US This Year

It took less than a month for BK to realize Americans like the meatless burger.

It took less than a month for BK to realize Americans like the meatless burger.

On April 1, Burger King announced plans to begin selling meatless Whoppers at restaurants in St. Louis, Mo., a decision that seemed like it could've been an April Fool's Day prank — Whoppers without the flame-grilled beef patties carnivores had come to know and love? Blasphemy.

But it was very real, and apparently a rousing success.

The company now plans to test Whoppers containing plant-based patties created by Impossible Foods in additional markets with the goal of a nationwide rollout before the end of 2019 — a move that could solidify meatless meat's place on the menu of mainstream America.

Cil went on to note that Burger King is "going to target a national rollout toward the end of the year, if guest reaction continues to remain as strong as we've seen in St Louis."

Going Meatless
There's a Huge, Angry Backlash Against Fake Meat
10. 8. 19
Read More
Have It Your Way
Burger King's Impossible Whopper Is Going Nationwide on August 8
8. 1. 19
Read More
What is Happening
Elon Musk Sets His Twitter Account to Private
Yesterday
Read More
+Social+Newsletter
TopicsAbout UsContact Us
Copyright ©, Camden Media Inc All Rights Reserved. See our User Agreement, Privacy Policy and Data Use Policy. The material on this site may not be reproduced, distributed, transmitted, cached or otherwise used, except with prior written permission of Futurism. Articles may contain affiliate links which enable us to share in the revenue of any purchases made.
Fonts by Typekit and Monotype.