This Is the Biggest Thanksgiving Ever for Fake Meat 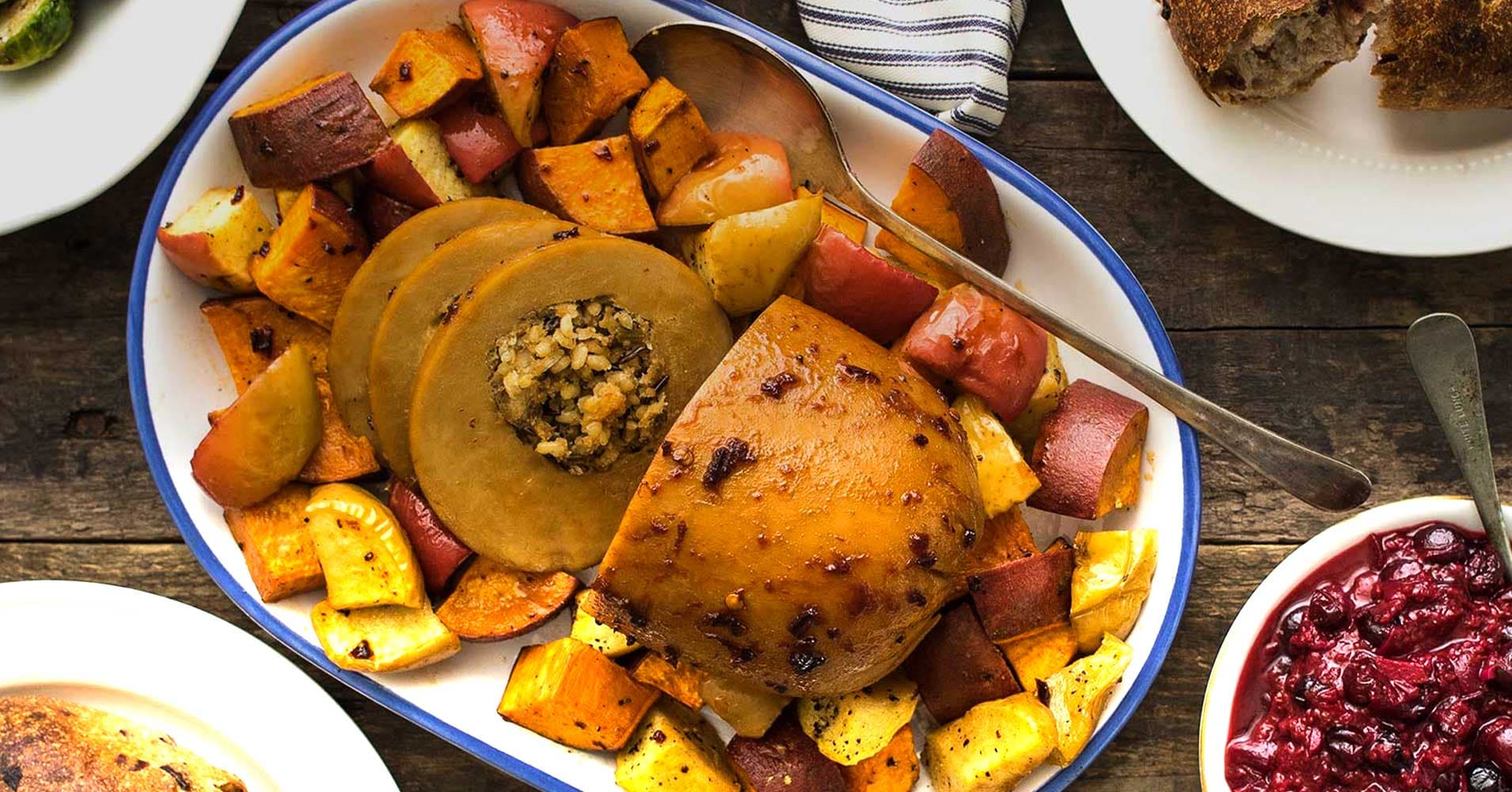 This Thanksgiving, families across the country will oven-roast Tofurkys, Field Roasts, and other fake meats in addition to — or instead of — genuine turkeys.

That's according to MarketWatch, which reports that there will be more plant-based meat substitutes at holiday feasts this holiday season than any previous year. It cites a Nielsen report that found that meat substitute sales grew 6.1 percent this year, to $555 million — yet another sign that Americans' diets are shifting toward meat alternatives.

A Fortune profile of Tofurky's growing meatless empire breaks down the factors that are driving buyers towards meatless goods. There are ethical concerns about the treatment of animals, naturally, but the profile also identified concerns about health and the impact of farming on the environment as factors that are pushing American shoppers toward plant-based meat substitutes.

"That’s not a fad," Walmart's Chase Worthen, who helps the company decide what vegetarian goods to stock in its stores, told the business magazine. "It’s a trend that’s here to stay."

In addition to these clever simulacrums made out of soy and other plant-based proteins, there's a specter on the horizon that could further upend Americans' relationship with protein: meat substitutes that are grown from animal cells in a lab.

MarketWatch pointed to a report by food consultancy Baum and Whiteman that predicted lab-grown meats, like those made by Memphis Meats and Future Meat Technologies, will be a key food trend in 2019.

If that report is right, Thanksgiving might never be the same again.

READ MORE: Tofurky Wants to Save the World, One Thanksgiving Roast at a Time. It's Now Sold 5 Million [Fortune]

More on fake meat: You’ve Heard of Fake Meat. How About Fake Fish?

Read This Next
Post Through It
How to Talk to Your Family About Elon Musk
Season's Greetings
How to Talk to Your Annoying Family About Vaccines
Thankful for Crypto?
How to Talk to Your Family About Cryptocurrency
Brands We Love
Don't Wait: Futurism's Favorite Black Friday Deals Are Already Live
Going Meatless
There's a Huge, Angry Backlash Against Fake Meat
More on Future Society
I Silence Thee
Yesterday on futurism
Leaked Messages Seem to Show Elon Musk Using Twitter to Punish His Enemies
Gas Giant
Friday on the byte
Journalist Eats Lab-Grown Chicken, Gets "Weirdly Gassy"
Musk Rats
Thursday on the byte
Twitter Is Quietly Re-Suspending the Lunatics Elon Musk Let Back On
READ MORE STORIES ABOUT / Future Society
Keep up.
Subscribe to our daily newsletter to keep in touch with the subjects shaping our future.
+Social+Newsletter
TopicsAbout UsContact Us
Copyright ©, Camden Media Inc All Rights Reserved. See our User Agreement, Privacy Policy and Data Use Policy. The material on this site may not be reproduced, distributed, transmitted, cached or otherwise used, except with prior written permission of Futurism. Articles may contain affiliate links which enable us to share in the revenue of any purchases made.
Fonts by Typekit and Monotype.