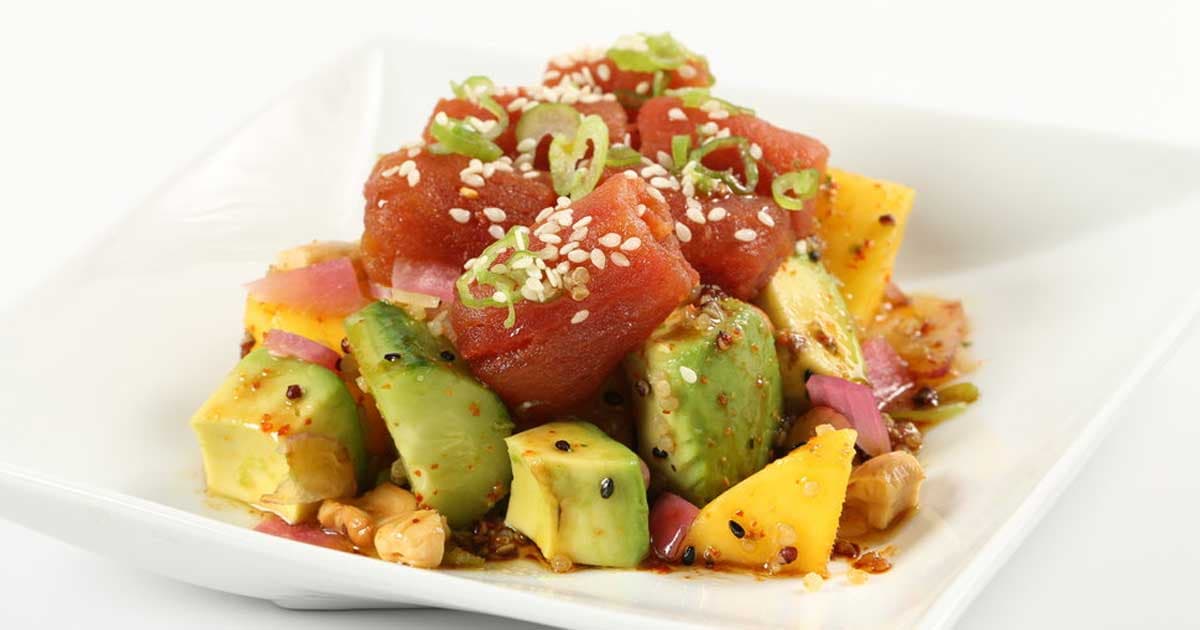 You've Heard of Fake Meat. How About Fake Fish?

Forget veggie burgers. These startups are working on simulated fish.

Forget veggie burgers. These startups are working on simulated fish.

You've definitely heard of veggie burgers and tofu dogs. Chances are you've even heard vegetarians and vegans mulling the relative benefits of choice meat substitutes such as Beyond Meat and the Impossible Burger.

Fake fish options have remained much scarcer — at least until now. A new Wall Street Journal story looks at the rise of imitation tuna, shrimp, and even smoked salmon. The surprise conclusion: It's pretty convincing to the tastebuds.

No fake fish brand has achieved the household recognition of Boca Burgers or Morningstar Farms. But according to WSJ reporter Anne Marie Chaker, standout contenders include Sophie's Kitchen, Ocean Hugger Foods, and Good Catch — which use cutting-edge food science to manipulate vegetables ranging from tomatoes to pea protein isolate — into the elusive textures and flavors of ocean life.

Of course, the ultimate test will be whether these new brands can earn precious space on the crowded shelves of Whole Foods and choosy local co-ops. If so, they could be a crucial tool to reduce strain on the world's fisheries.