How to Talk to Your Family About Elon Musk

It's not nearly as cringe as you'd expect. 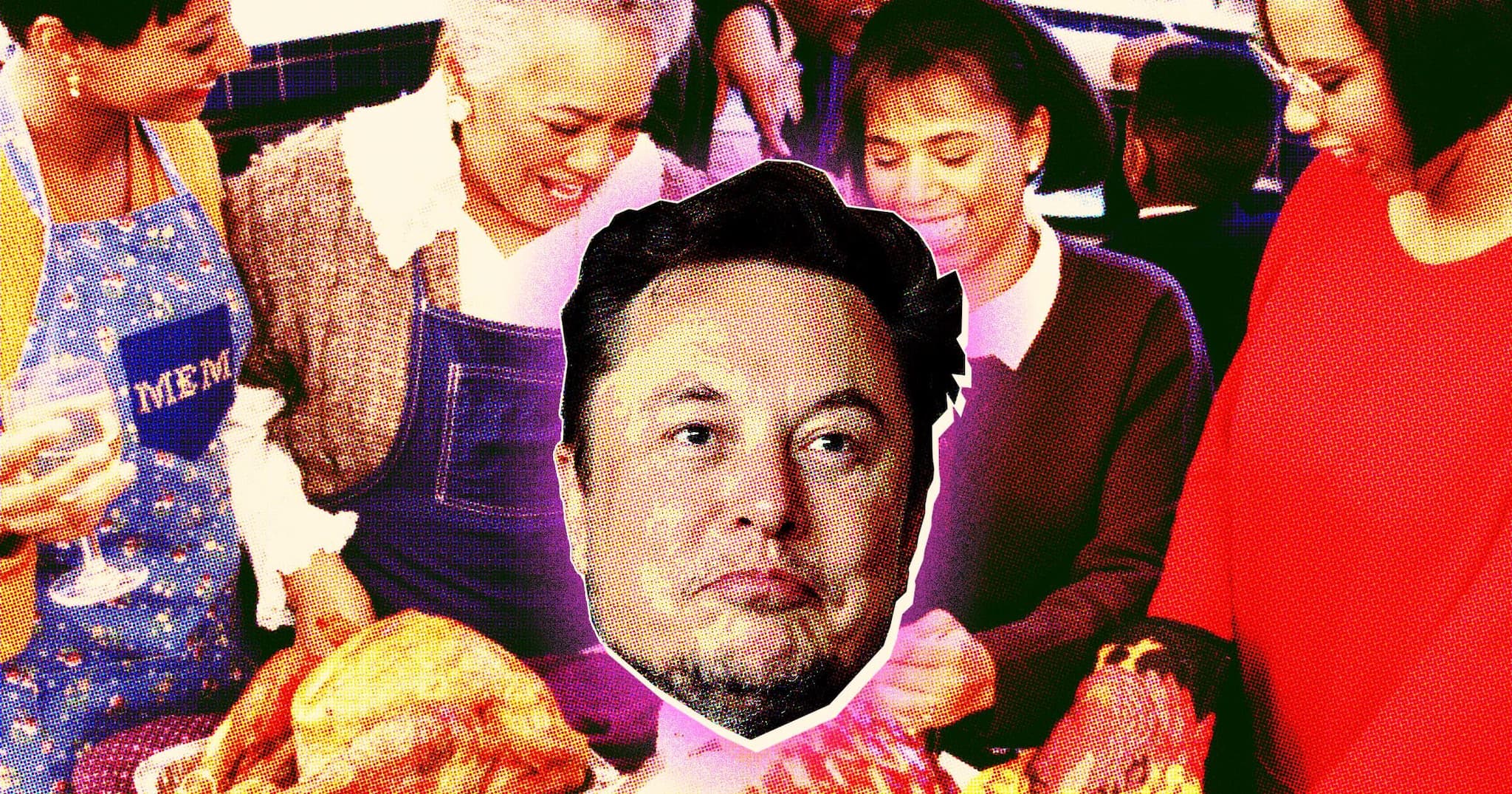 If your family is anything like this reporter's, chances are you have at least one relative who thinks "that Elon Musk guy" might have some good ideas.

This topic is as fraught as the SpaceX founder himself — an enigma who manages to encapsulate a ton of different identities (troll, world's richest Iron Man, and father of six, to name a few) into one infuriatingly fascinating persona.

It's hard enough talking to one's peers about Musk, let alone to family members to whom the idea of a "dogecoin" would be the family dog eating a penny.

Luckily, we at Futurism have to pay attention to the Tesla CEO for a living — and we've got you covered this Thanksgiving.

Between Bites of Apple Pie

Elon Musk is a complicated character who founded the space company SpaceX and runs Tesla, a major electric carmaker. He's currently the richest man in the world, but many of his personal beliefs and actions are way less palatable than, well, this delicious slice of pie.

Over Coffee, Later in the Afternoon

Elon Musk is, if nothing else, a very complicated figure.

On paper, he's not a bad guy at all. He wants to help reduce from gas-powered cars, and walks the walk by owning what is now the world's most popular all-electric car company, and wants to make humans a multiplanetary species in case anything bad happens to the Earth. Politically, he's not a monster, and his ambiguous personal politics often seem like they're not just in service to his unfathomable wealth.

The main thing that stands in Musk's way of a better reputation? Arguably... himself.

For every good thing the man does — like going on a charity spending spree or offering to donate $6 billion in Tesla stock to help end world hunger — he seems to do or say an equal and opposite bad or cringe-inducing thing that cancels it all out.

The prime example of this "Musk effect," of course, is the event that arguably made him a household name: the Thai cave collapse disaster of 2018, in which the Tesla and SpaceX CEO pledged to help rescue a group of 12 boys and their soccer coach, who were trapped inside a cave in Thailand's Chiang Rai Province.

As the world watched on in terror at the spelunking trip gone horribly awry, Musk pledged to get the boys out, assembling the best minds at SpaceX, Tesla, and The Boring Company to devise what was to be a "kid-size" submarine — only to end up in a spat with the head of the rescue effort, who ended up calling — sorry, grandma — a "pedo guy."

In the end, the boys and their coach were rescued without Musk's submarine, and instead of accolades, he got slapped with a defamation lawsuit from the hero. Talk about squandering your good will!

The infamous Thai cave rescue debacle is the perfect illustration for why so many people have such a hard time taking Elon seriously. He makes these lofty claims about wanting to save humanity from itself — but how are we supposed to believe he's gonna get us to Mars if he's too busy messing with Tesla's stock prices to make a weed joke and having to fend off the Securities and Exchange Commission in the process? Or saying Mars colonists should be "prepared to die"? Or speculating that we live in a computer simulation? Or treating his wife like crap? Or... well, you get the picture.

Musk is a prime example of the way wealth goes to one's head, and at the end of the day, how we feel about him often correlates to how we feel about capitalism and its adherents — and there are always going to be generational differences there.

More on Elon Musk: Elon Musk Threatens Bank With "One Star Review on Yelp" Unless They Drop Lawsuit