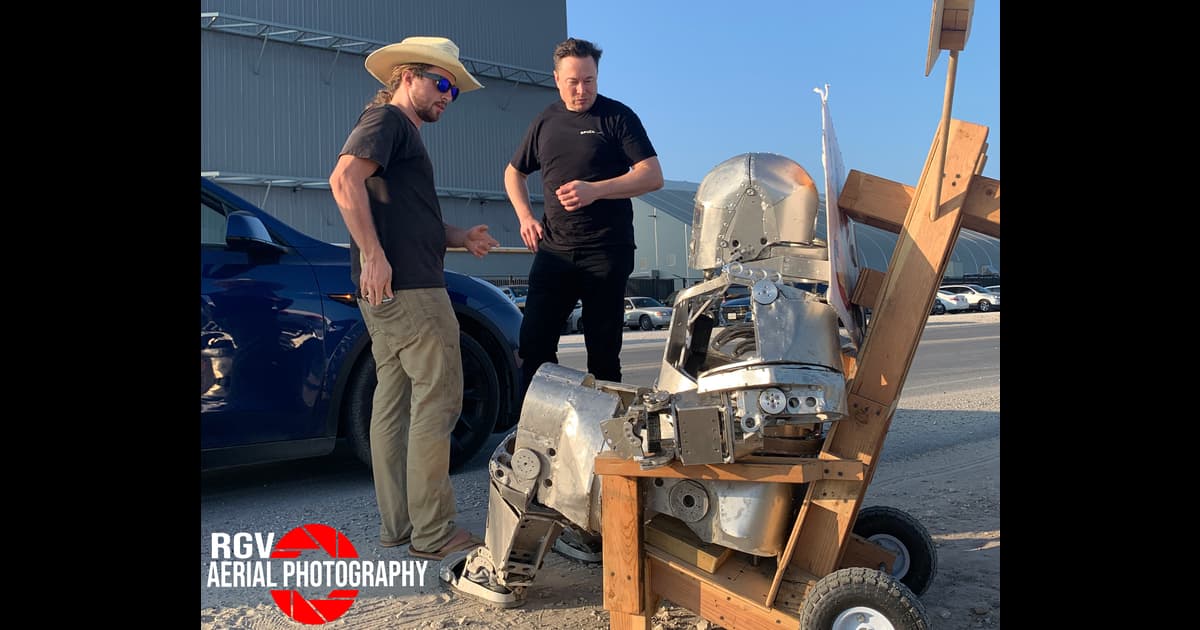 "I request an audience with the Cyber King."

"I request an audience with the Cyber King."

The mystery is solved.

It all started when a RGV Aerial Photography shared an image of what looked to be an Iron Man-style suit at the SpaceX launch site in South Texas.

Just spotted this robot decoration at Starbase!@elonmusk is this made out of Starship parts? pic.twitter.com/SXDQMJlPUv

While it was unclear at first what the origins or purpose of the suit was, we now know the answer: it belongs to a dude who’s actually trying to build a real-life Iron Man suit.

Dylan Lange Edminston is an American inventor who’s attempting to "become Iron Man and be the first person in a manned personal flight suit to break the speed of sound," according to his YouTube channel. He brought pieces of his suit to the SpaceX facility in an attempt to gain an audience with Musk himself.

@elonmusk I request an audience with the Cyber King. I designed this. Built the CNC mill needed for it. Then milled and welded it. Then paneled it. I’m also inventor the highest strength-to-weight ratio actuators on earth and I build rocket propulsion systems. #ExceptionalAbility pic.twitter.com/LzSkezy5Xe

After the initial photo of the suit was posted, Musk took some time out of his schedule of meme posting and cyberbullying Jeff Bezos to meet the burgeoning inventor and YouTube creator. RGV Aerial Photography was on deck yet again to capture the moment between the two.

No word yet on what exactly they were discussing — though it could be reasonably surmised that Edminston was talking about the specs of his suit while Musk was sizing up its actual viability.

Some Twitter users do believe that there might have been an ulterior motive to Edminston’s meeting request, with one person posting, "It sounds like he’s looking for a job at SpaceX, really creative way to get their attention and demonstrate what he can do. I hope he gets in."

Who knows? Maybe Musk will bring this guy on to spearhead their Iron Man suit division.