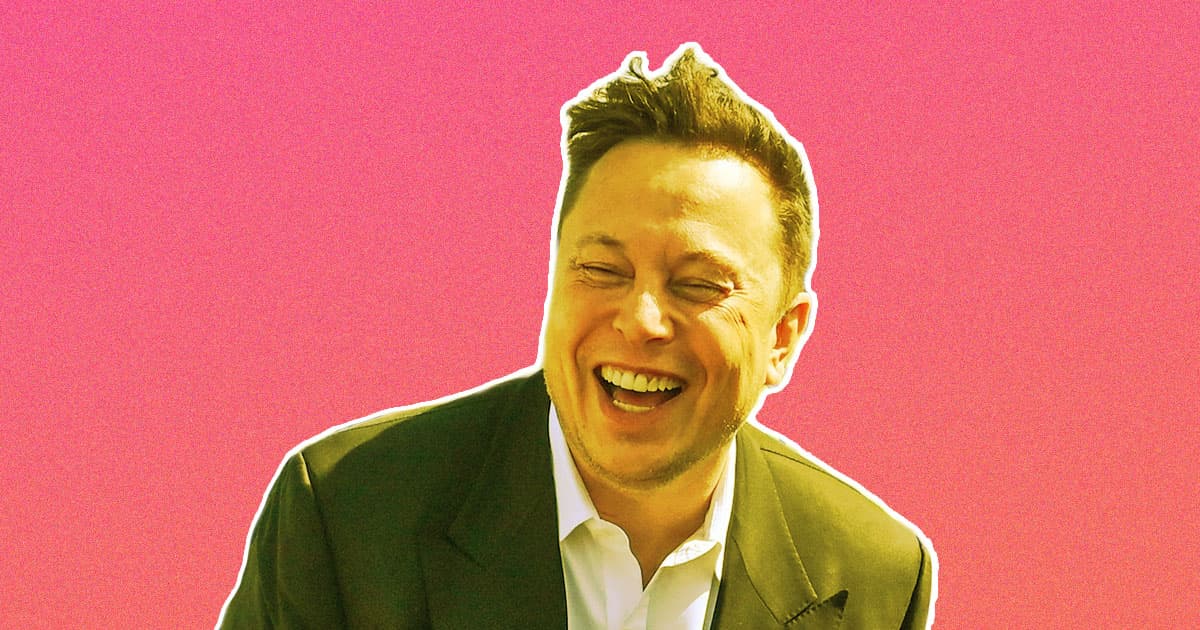 He's posting through it.

He's posting through it.

To no one's surprise, Elon Musk simply could not quit while he was ahead.

It wasn't enough for Musk to issue a low blow to Sen. Bernie Sanders (D-VT) who, on Sunday, apparently angered the SpaceX founder when he tweeted that the rich should be taxed — a mainstream demand that, it's worth pointing out, two thirds of Americans agree with.

Responding directly to the tweet, the billionaire said he "keep[s] forgetting" that the former presidential candidate whose policy proposals regularly make national headlines "is alive."

As Futurism noted earlier, Musk may have gone too far, and indeed some of his fanboys seemed upset by the below-the-belt jab. Until it was locked and removed by moderators, one post on the r/ElonMusk subreddit called the reply "a dick move," and many other Muskites seemed to agree.

Apparently unsatisfied with insulting an elderly politician's age, Musk nevertheless persisted.  He first joked that the Brooklyn-born senator had been kidnapped by aliens, and then responded again with a years-old meme format suggesting that Sanders is in favor of ketamine use.

His stance on ketamine was bold pic.twitter.com/th6ARpKmV7

He then kept going, riffing with a fan that Sanders needs a prescription of "regratamine," a portmanteau that, as Musk put it, is "like a 100 percent tax on all your regrets" (which is not how portmanteaus work, for the record).

To be fair, there's no love lost on Sanders' side, either. In March, he slammed Musk's "unsustainable greed", and in 2020 called him a "hypocrite" for being against government stimulus packages when Musk himself took billions in "corporate welfare" — a dig that inspired its own Musk response.

Every time Elon Musk pokes fun at government assistance for the 99%, remember that he would be worth nothing without $4.9 billion in corporate welfare. Oh, Elon just l-o-v-e-s corporate socialism for himself, rugged capitalism for everyone else. https://t.co/rj8FgwEDMQ pic.twitter.com/bxHcXul925

This is far from the first time Musk has talked smack about the Vermont senator, though in the past, it seemed he may have been a fan.

But if Elon was ever feeling the Bern, he clearly isn't any longer.