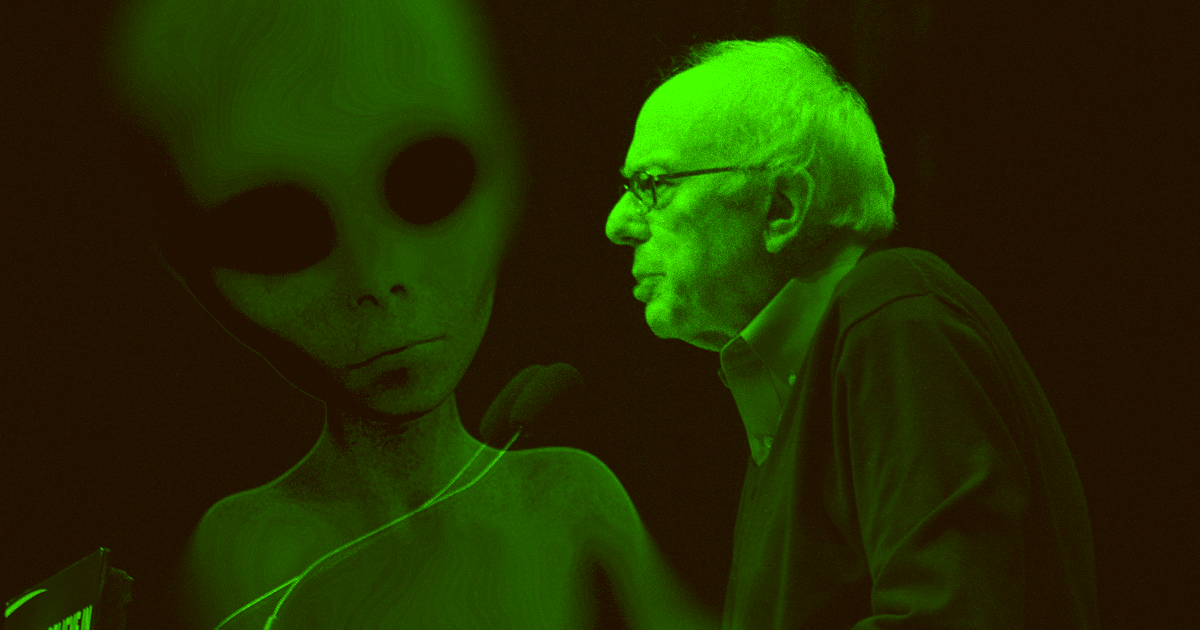 During a Tuesday appearance on the Joe Rogan Experience, presidential candidate Bernie Sanders promised that he would go public with any news of extraterrestrial life during his term.

In short, there's no need to raid Area 51 because Sanders says he'll do it for us. The rest of the podcast covered Sanders' stance on more pressing issues like legislation surrounding guns and drugs, according to CNET, and it's very likely that Sanders was just joking around about the alien thing. If you want to be technical, it's likely there'd be nothing for him to disclose anyway.

But Sanders told Rogan that he would be compelled to come forward with any alien news.

"My wife would demand that I let you know," he said, before promising to break the news on a future episode of Rogan's show.

It seems premature to hang our hopes for first contact on a joking promise made by a presidential candidate on a ridiculous podcast. But, if he gets the chance, it's possible president Sanders may be able to finally put some conspiracy theories to rest.

READ MORE: Bernie Sanders will tell us the truth about aliens if elected president [CNET]